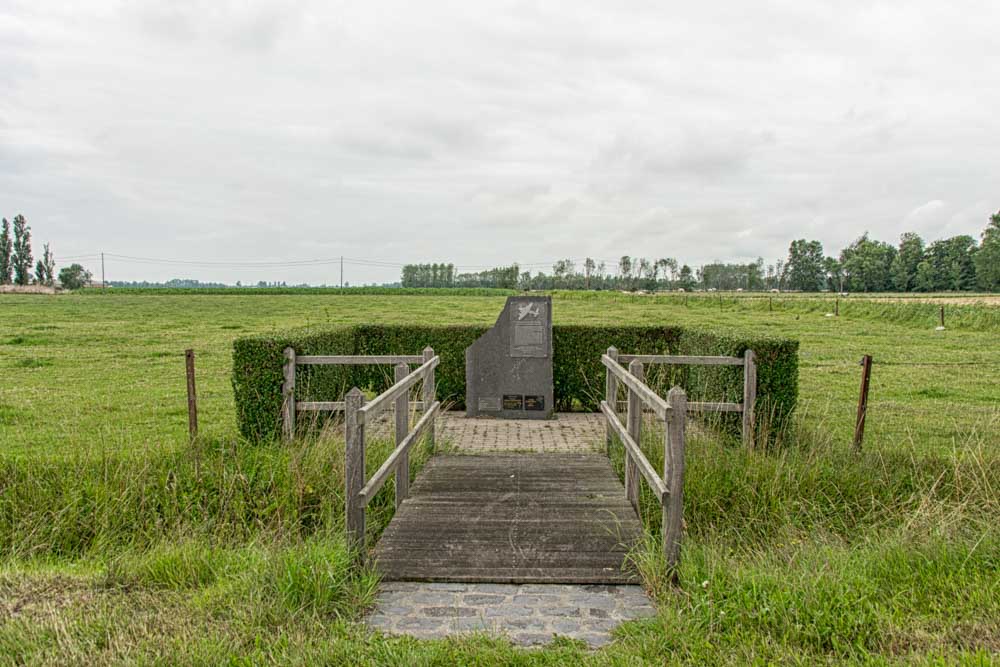 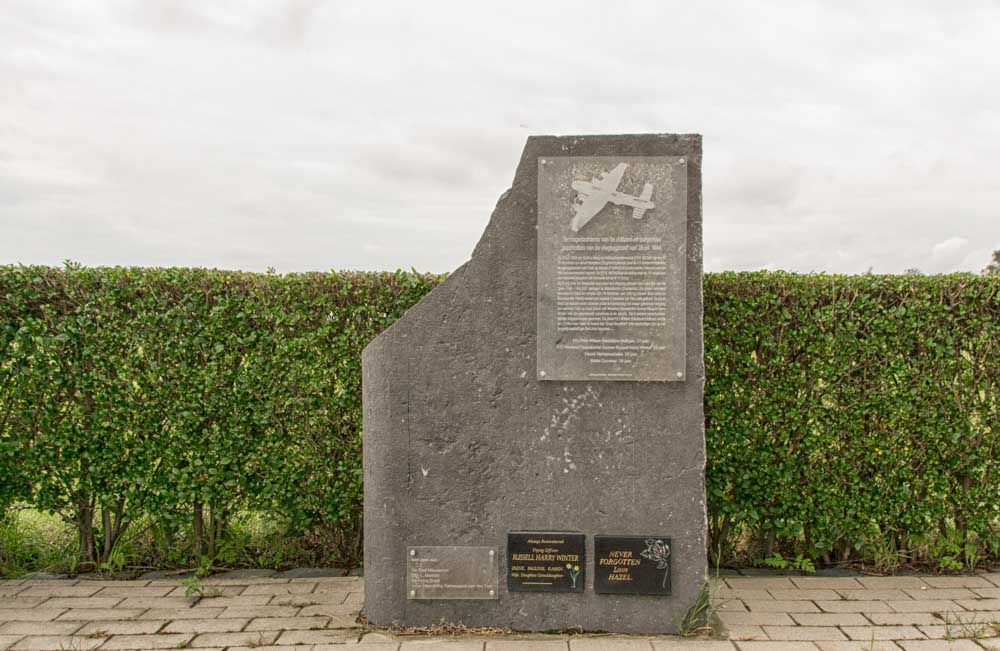 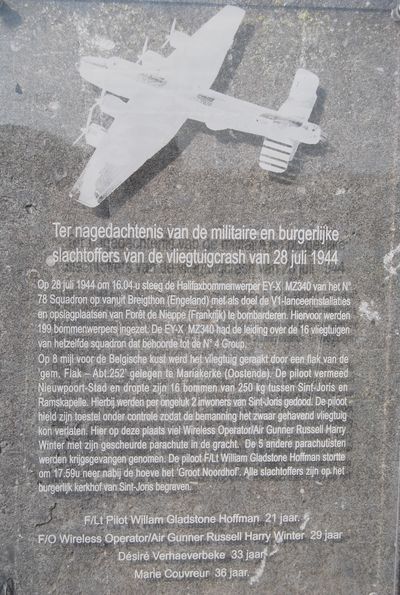 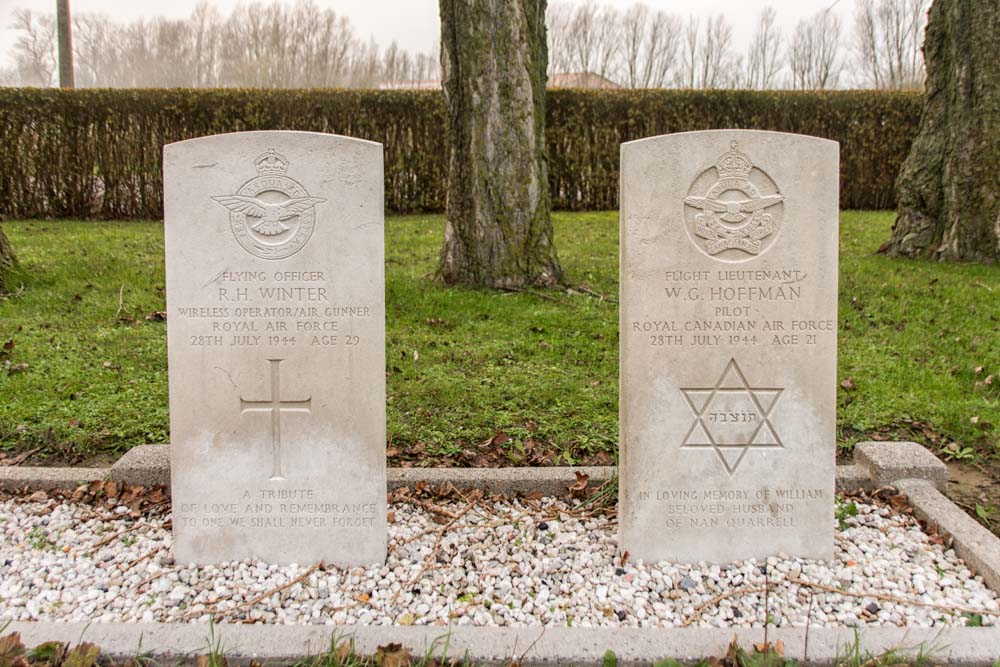 This place commemorates the crew of a Halifax bomber and two killed civilians. The plane was shot down by a Flak anti aircraft gun and crashed further to the east of the monument. At the place where the monument is erected, a crew member hid in the ditch while five others were taken to prisoner of war camps. The plane was part of a fleet of bombers and was loaded with 16 bombs of 250 kilos, it had to bomb targets in northern France. After the hit, the bombs dropped between Sint-Joris en Ramskapelle in which two villagers were killed. The pilot maneuvered the aircraft so it would not crash at the center of Nieuwpoort in order to spare the civilian population. He succeeded put payed with his life.