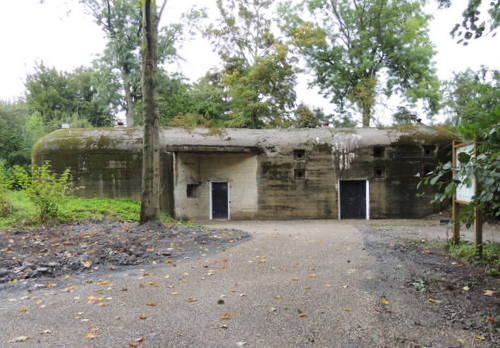 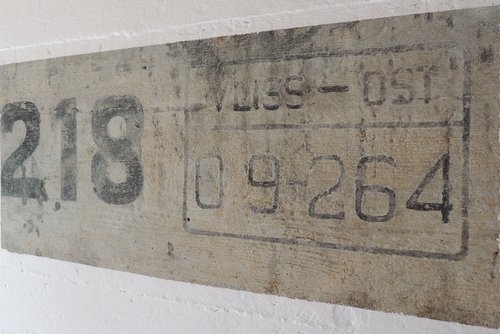 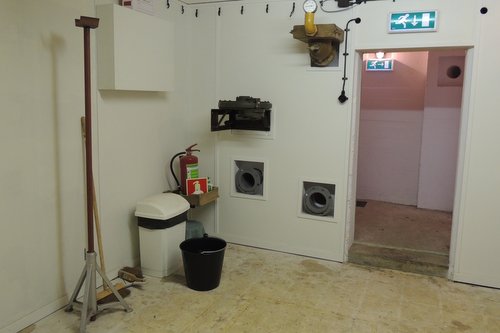 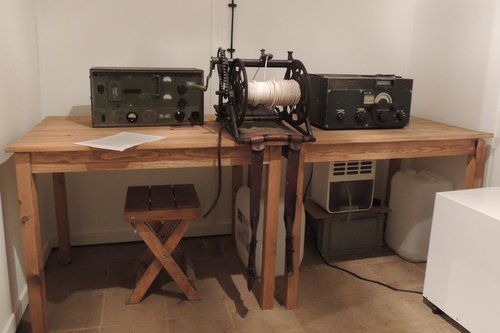 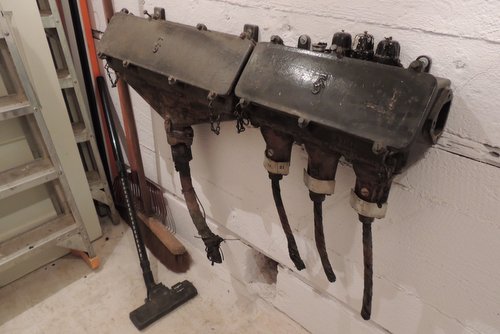 Around the summer of 1942 was the Toorenvliedt estate was requisitioned by the German army who established its headquarters of the Atlantic Wall on Walcheren and the two Bevelanden. The shelter of the park, the location of the roads and the proximity of 'Huize Toorenvliedt', villa 'Vijvervreugd' and castle 'Ter Hooge' made Toorenvliedt a suitable location for this important German staff.

Toorenvliedt is designated as Stützpunkt 'Brünhilde'. In 1944 about 9000 soldiers were transported from Toorenvliedt. Besides commander Generalleutnant Wilhelm Daser, the staff consisted of 13 officers, 131 troops and 35 colleagues. The adjacent 'Vijvervreugd' housed the logistic units of the staff, including the field kitchen. Castle 'Ter Hooge' was set up as officers mess and it served as home of the division commander. From this bunker radio - telex and telephone links were maintained on Walcheren and higher staff in Belgium and northern France. The messages sent were in some cases encrypted through the legendary 'Enigma' machine.

As nerve centre of the Atlantic Wall Toorenvliedt was of great strategic importance. The summer of 1942 also saw the construction of the first, thin-walled bunkers. The growing allied air presence in early 1944 made it necessary to accomodate staff in bom free bunkers. This included three command bunkers, a communication bunker and three staff bunkers. The construction was by no means easy. One of the staff bunkers subsided within a week causing the firefighters from Middelburg having to pump the underground water from the bunker. Some bunkers were camouflaged as peaceful farmhouse with a pointed roof and painted windows.

Most bunkers were used as shelter during bombings, the staff preferred the comfortable 'House Toorenvliedt' above the concrete. But when on June 6, 1944 (D-Day) the Allies landed in Normandy, Walcheren also was under the highest alert.
From that moment the staff also stayed continuously in the bunkers. The end of the division headquarters Toorenvliedt started on October 3, 1944 with the bombing of the dike of Westkapelle. After the bombing of the other dikes, the island of Walcheren slowly but surely disappeared under water. The headquarters had to be evacuated on October 17, 1944.

The headquarters had to be cleared on 17 October 1944. The purpose of these actions to eliminate the German defenses in the hinterland and disrupting the supply, communication and command was realised. After some wandering the division staff had its location on Dam nr.6  8 in Middelburg.
Here in the afternoon of 6 November 1944 Generaal Daser, after a battle of several days, signed the capitulation. The war on Walcheren had come to an end, but the salt water spilt over the land for more than a year after that. This also had a devastating effect on Toorenvliedt. Huize Toorenvliedt was heavily damaged and its magnificent park had turned into a dead and barren plain.

After the war, the bunkers were hidden from sight by plants and grass.
In 2008 the Dutch Foundation Bunkerbehoud recovered the communication bunker in cooperation with the town Middelburg and made it accessible.
The plan is to restore and open up for educational activities, for groups and battlefield tours. The bunker can serve as a reminder to the important Battle of the Schelde in Zeeland.