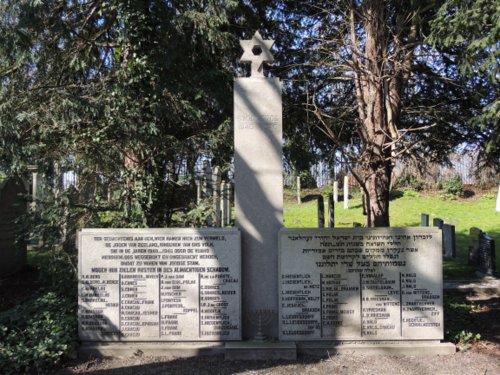 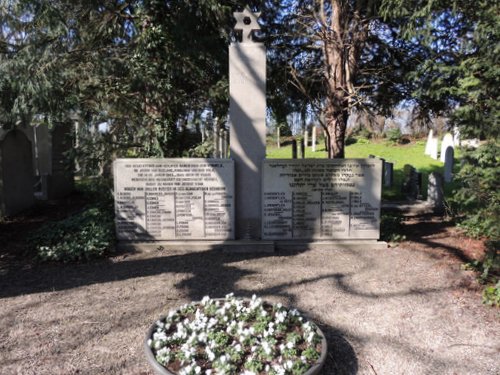 A monument in memory of the 72 Zeeland (Sealand) Jews during the Second World War by the occupying forces who have been deported and were killed in concentration camps. 43 of them came from Middelburg, the other came from Veere, Flushing, Goes, Terneuzen and Schouwen - Duiveland.

The text on the left:
In remembrance of them, whose names are listed here, the Jews of Zeeland, children of our people, who were killed in the years 1940 - 1945 by the enemy and were killed because they were Jewish. May their souls rest in shade of the Almighty.

The text on the right is in Hebrew and the following 33 names of the Jewish victims.