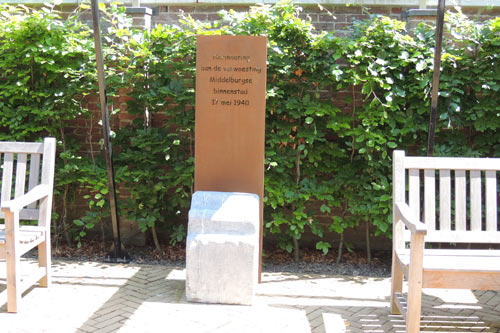 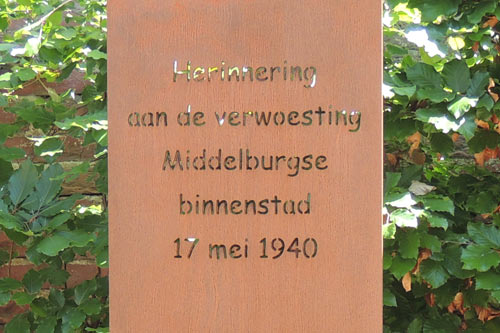 This memorial commemorates the destruction of Middelburg on 17 May 1940.

The monument which was unveiled on 17 May 2016, consists of a stone key piece, probably from a church of Middelburg. The piece was found during excavations at the Hofplein. The monument with a flagpole is located in the courtyard of a nursing home and is visible to the residents from their rooms. During commemorations and official days like the King's day, the flag is raised. The garden is accessible to interested people.