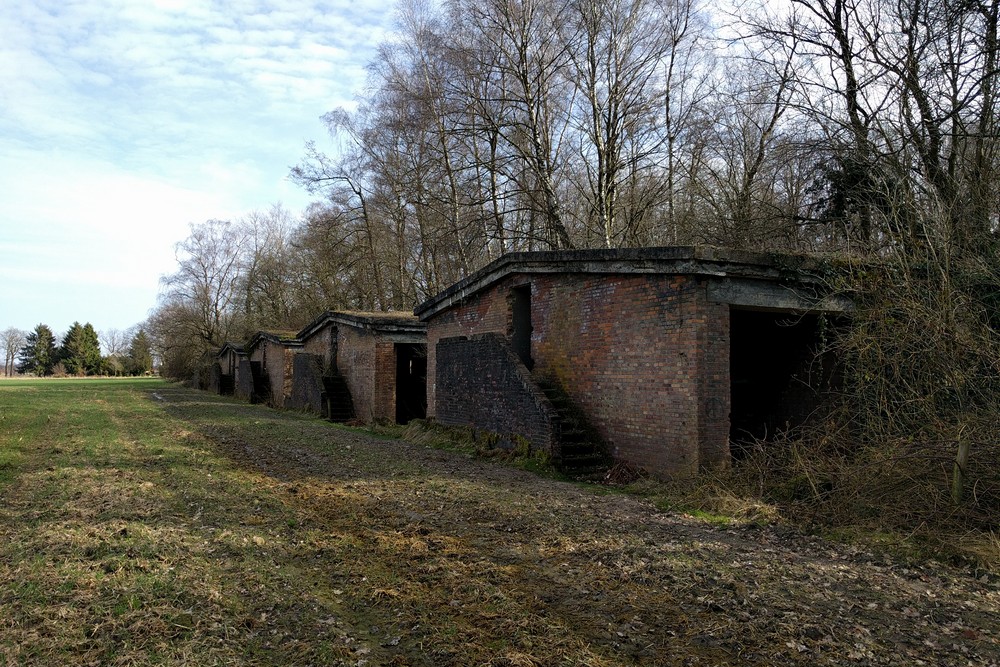 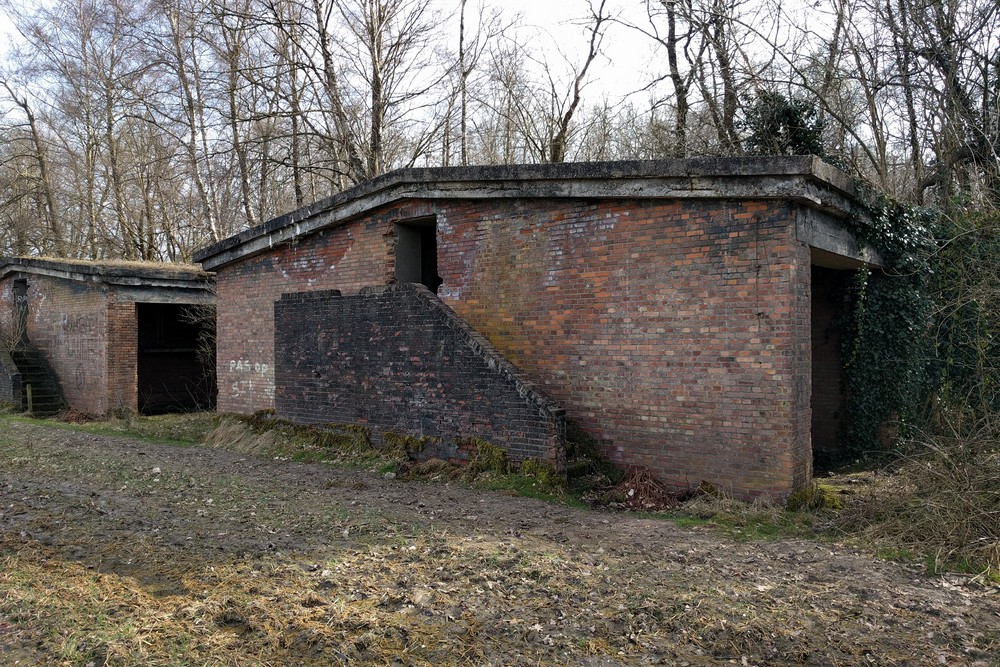 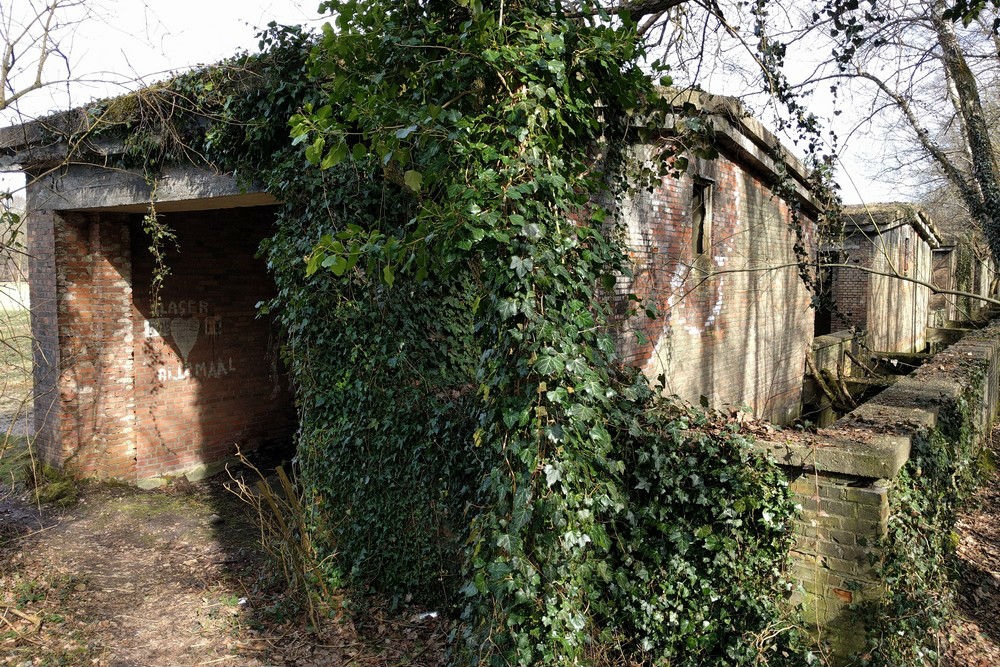 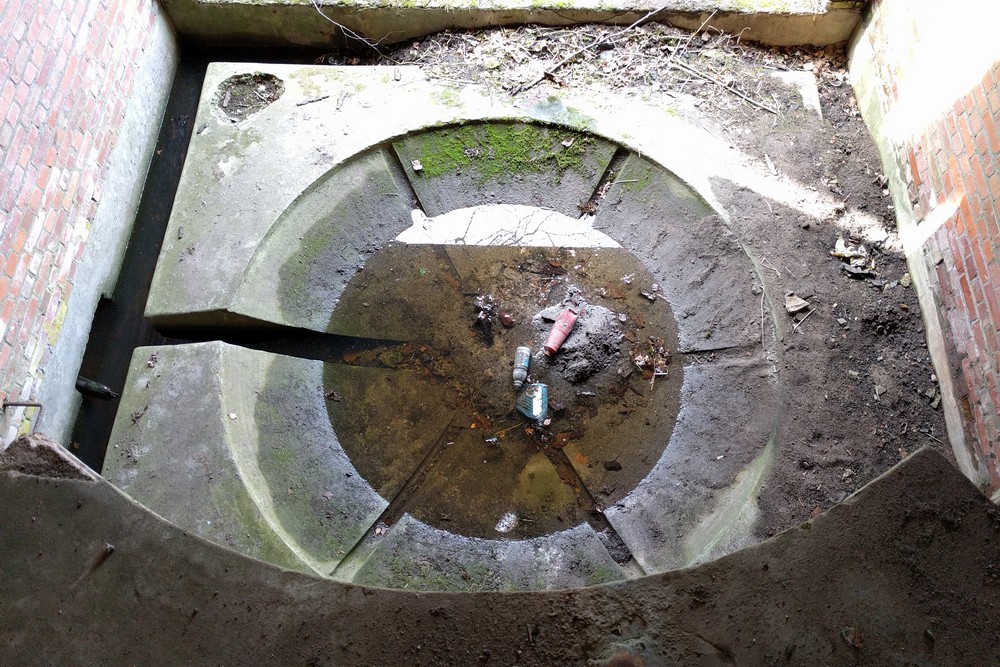 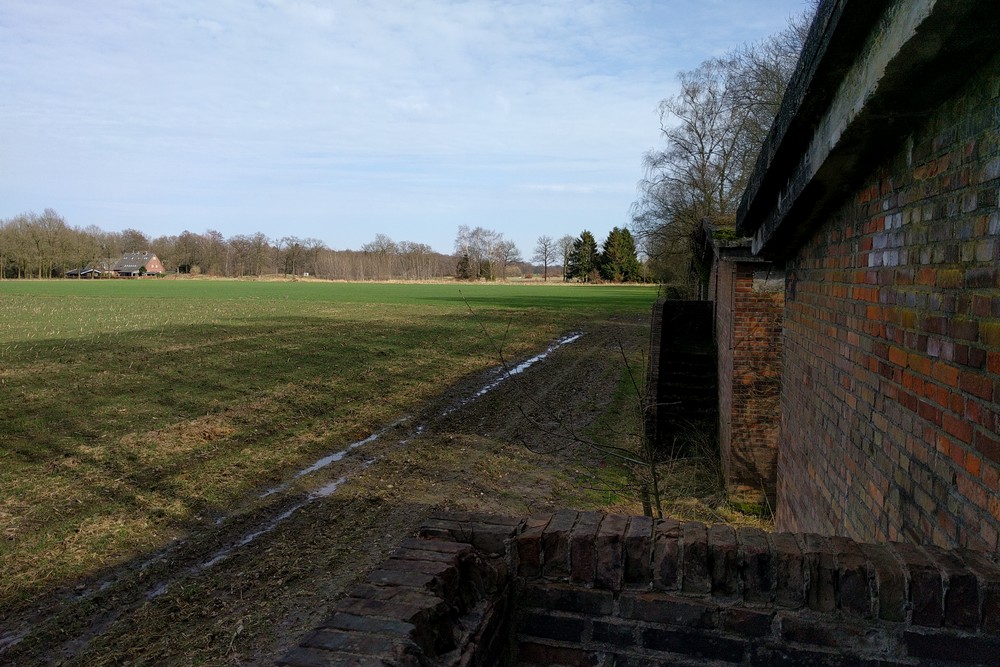 In Lonneker (Municipality of Enschede) near Twente Airport you can find German bunkers used for the storage of rocket fuel. During World War 2 this airfield was transformed from a simple grass runway into a fully grown military aerodrome (Fliegerhorst) by the German occupiers.
From these bunker you have a view on the meadows and another blockhouse which has been camouflaged as a normal house. To the left and right of the Prins Bernardparkweg there is also many bunkers that look like farms. On the side of the meadow there are five storage bunkers in a row.

The bunkers were for storage of C-stoff and T-stoff, two fluids that, when mixed, are fuel for rocket planes, such as the Messerschmitt ME 163 and 263. These aeroplanes have never been stationed at Twente as this never happened due to the end of the war.

The fuel was also used to drive parts of V2 rockets, but there is no evidence that this storage was used for this purpose. V1 installations have been built in the area, but no V2 installations, as far as known. V2 installations were further away, for example in Ommen and Nijverdal.

The C-Stoff and T-Stoff was used to drive the Me 163 in the proportion of 3 to 1. Both fluids were meticulously kept apart, as the rocket fuel that was created by mixing the two could very easily lead to combustion.

That is why the vertically placed fuel tanks were placed on a bowl-shaped save-all, which was connected to a canal that was filled with water. After filling the tanks, the tanks were always rinsed with water. Possible leakage of the fluid would always be mixed and heavily dilluted with rinse water and could flow outside into the canal on the side of the buildings. This way fluids could also be collected and dilluted in case a storage tank would start leaking.

The basement of the buildings contained pumping installations, but these are now full of water.

The supply of the fuel came through the pipeline from the Oldenzaalsestraat, where the pumping station was located The remnants can still be found. There used to be a railroad track from Enschede, through Lonneker, to Oldenzaal. This was used to deliver the fuel. The track had not been specifically constructed for the war, but gradually lost its function. Remnants of this can also still be found. 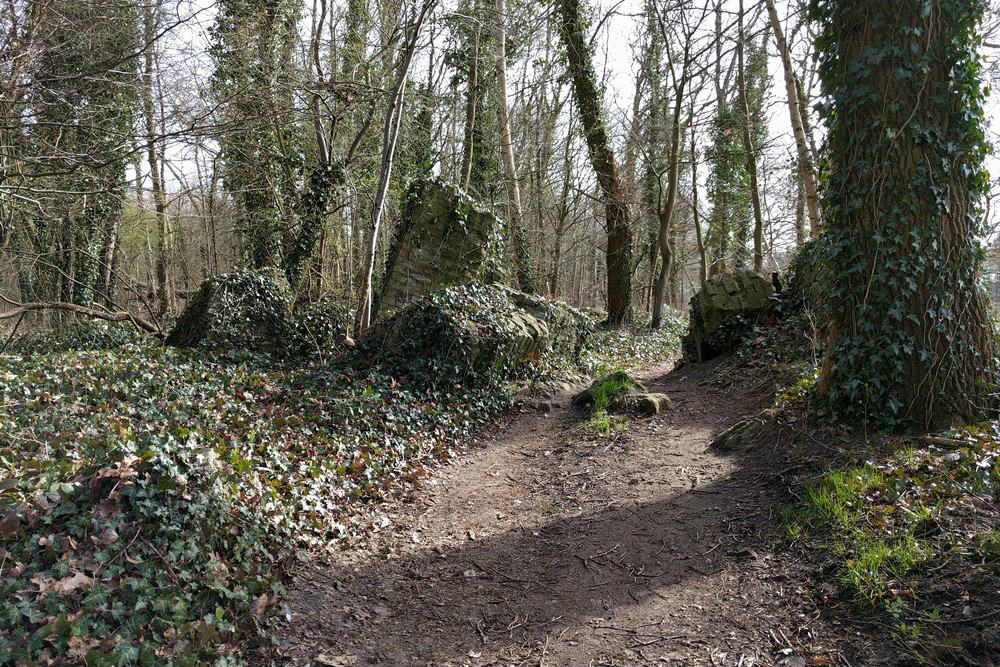