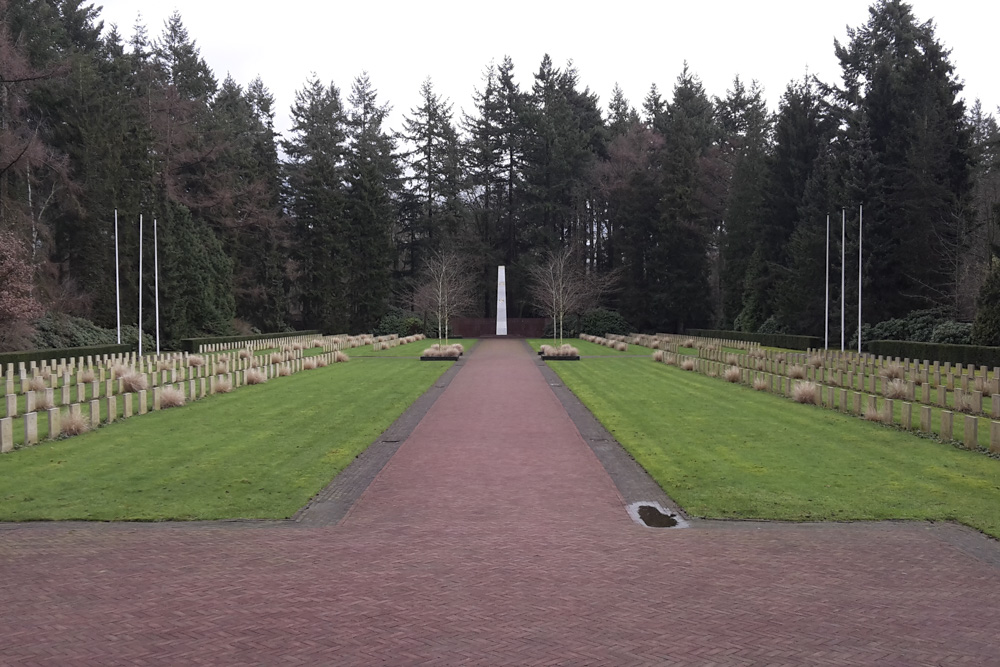 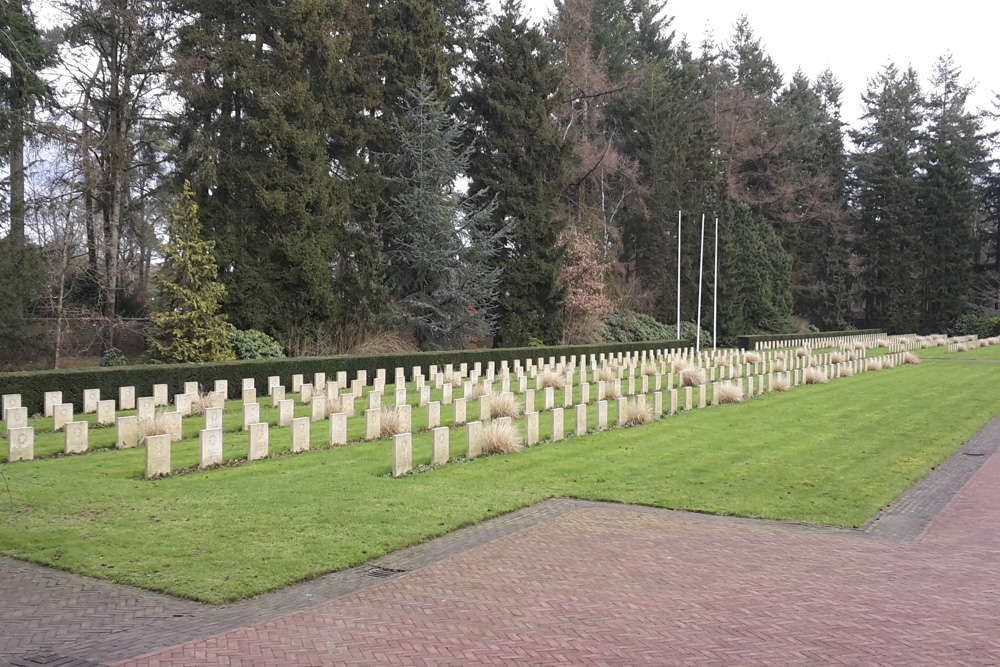 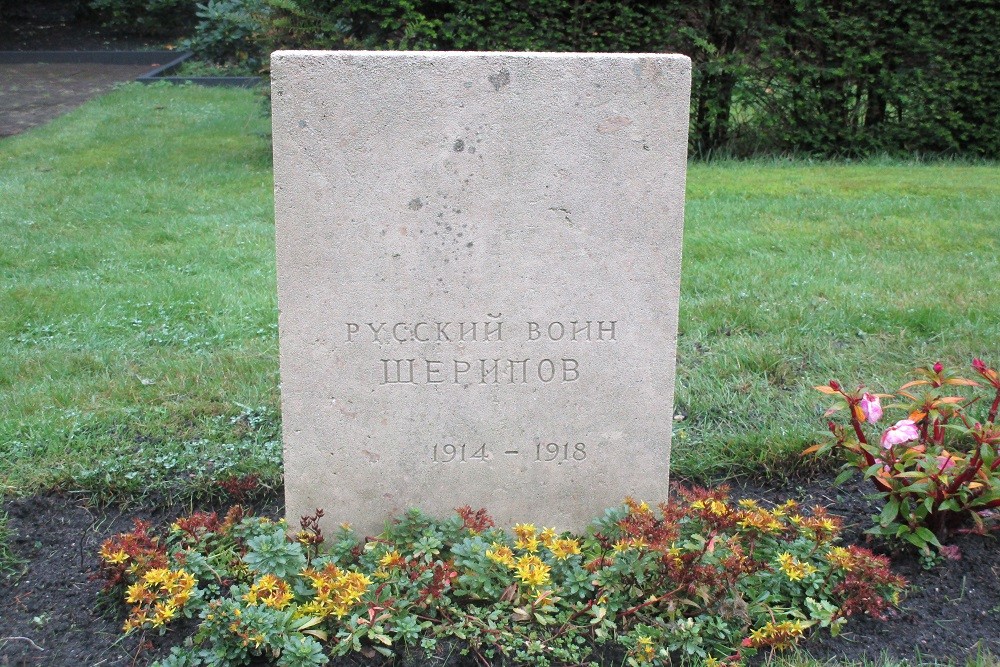 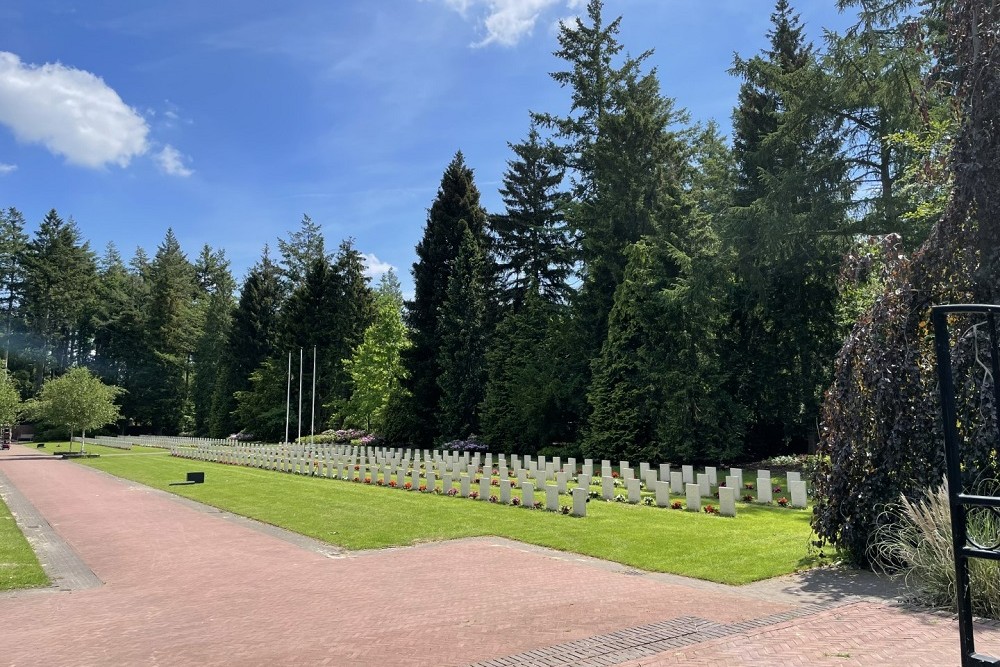 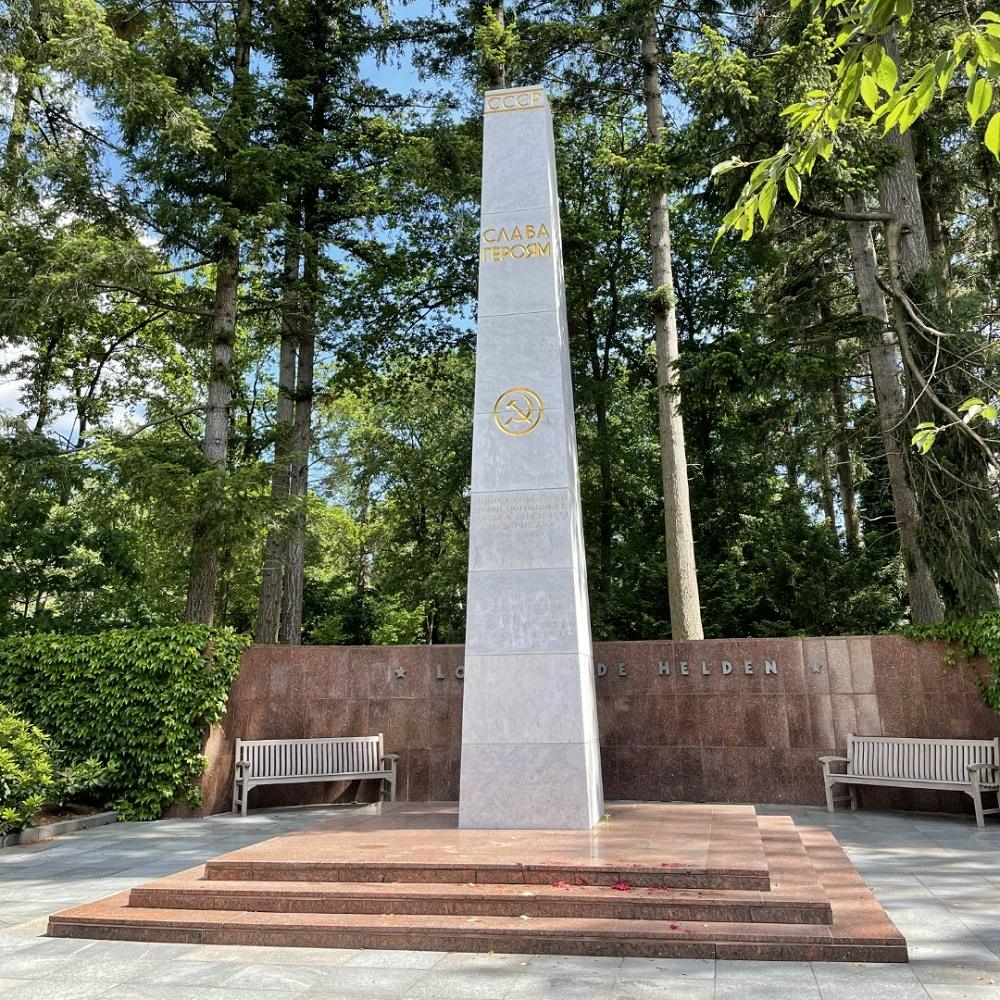 Next to the municipal cemetery "Rusthof" in Amersfoort (Oud Leusden) in 1947 and 1948 the Soviet Field of Honor has been established.
At the entrance of this memorial an information sign has been placed with the following text (apart from the Dutch text the same words have been translated in Russian):

"On this Field of Honor, the graves of 865 Russian soldiers have been put to rest. Of those 100 died during the German occupation in Camp Amersfoort. It was an infamous Camp which was situated where today you will find the police academy "De Boskamp" at the Appelweg. The Russians were made prisoner of war in Russia by the German Army and were transported in box cars in September 1941 to the concentration camp as means of alive propaganda material. After a of fourteen days train journey they arrived almost dying of starvation and were herded through the city in a parade to the concentration camp. The residents of Amersfoort reacted horror struck. They came out of their houses with water, fruit and bread but were not allowed to hand these to the prisoners.

Twenty three of those Russian soldiers died of starvation within five months of their arrival. The 77 that remained were executed in groups of four prisoners on 9 April. At the place of execution, behind the police academy, a memorial column has been placed that reminds of this mass execution.

The other Russian officers, non commissioned officers and soldiers that have been buried in this Field of Honor, have mainly succumbed to the consequences of exhaustion and illness after they were liberated by the American Army out of their German imprisonment. Initially their remains were entered in an American War Cemetery in Margraten. Later on they have been reburied in this Russian Field of Honor.

The memorial has been made out of Russian white marble."

Later research found out that one of the graves is of a Russian soldier who died in World War I.. 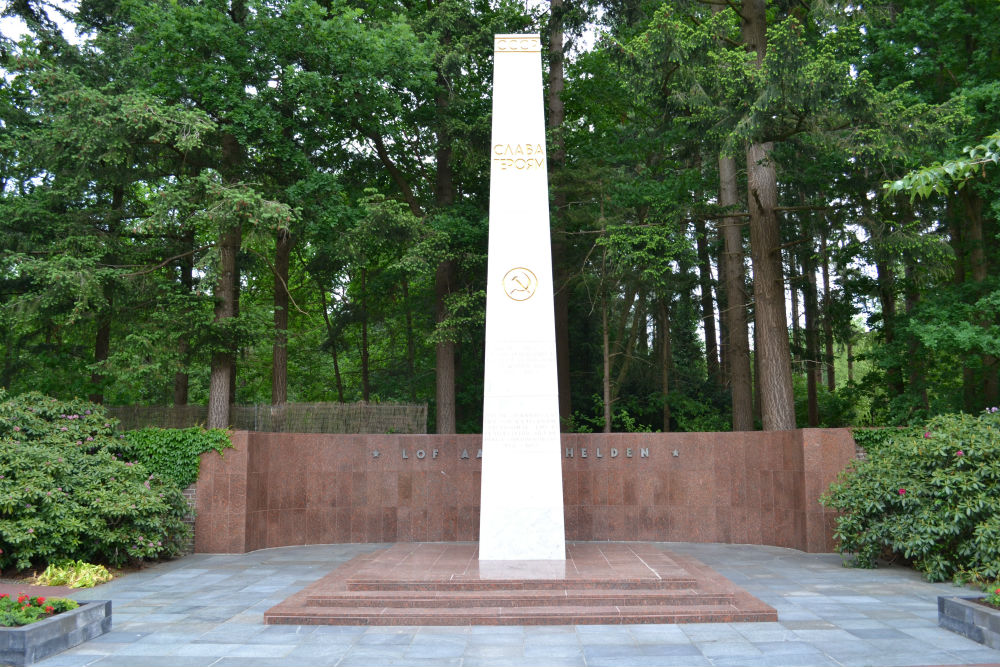