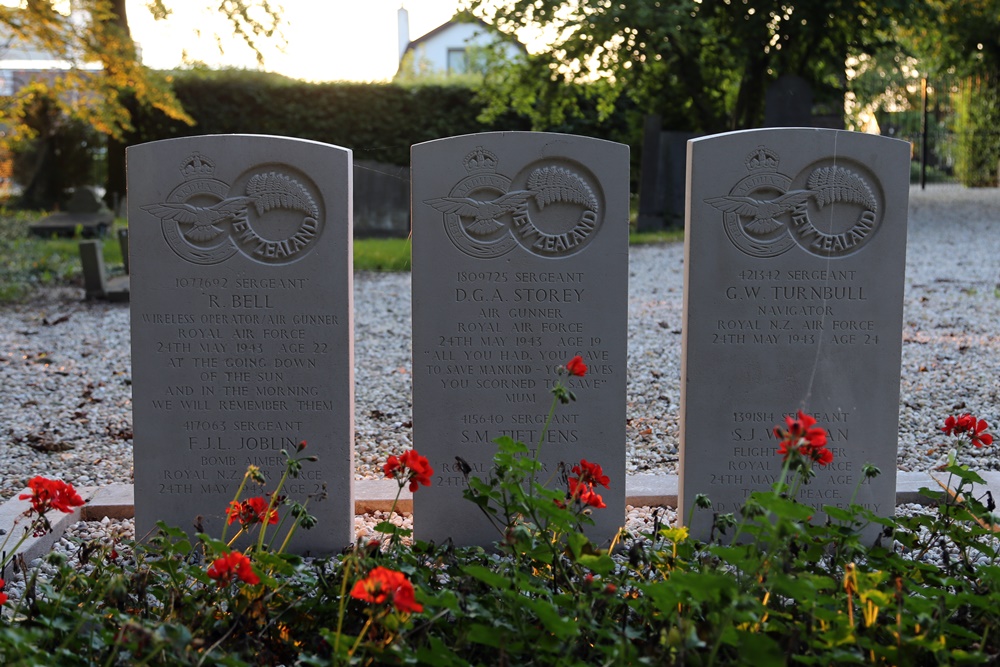 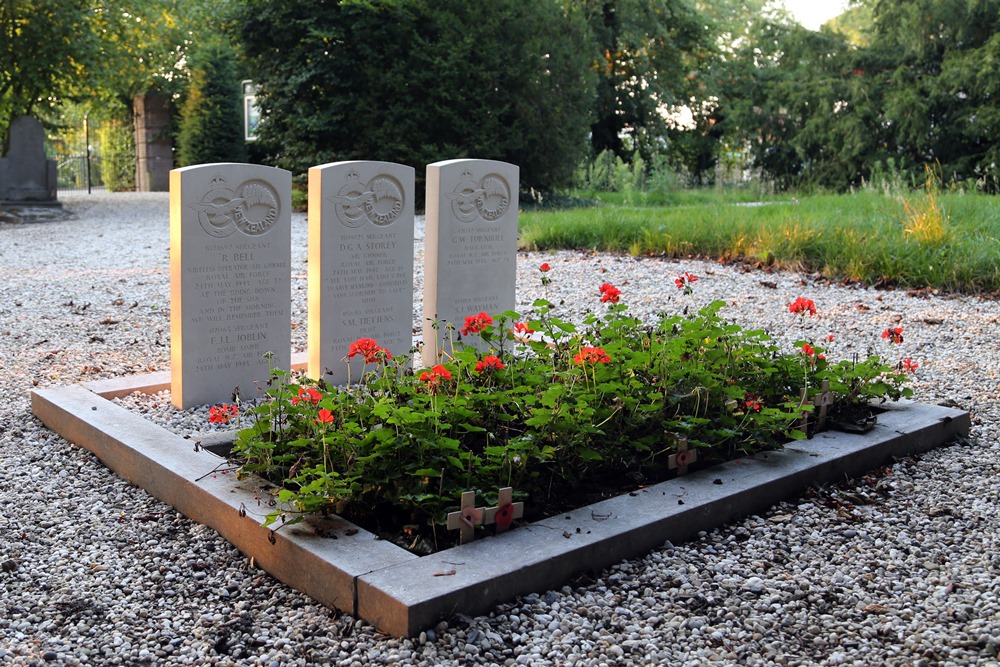 Beesd Old General Cemetery contains six Commonwealth airmen of the No. 75 Squadron RAF who were killed on 24/05/1943.

On 23 May 1943 at 23:15 departed from RAF Newmarket, Stirling BK783 with the mission: a bombing raid over the city of Dortmund in Germany. The aircraft was part of a formation of 826 bombers with the same mission. The formation consisted of 343 Lancasters, 199 Halifaxes, 151 Wellingtons, 120 Stirlings en 13 Mosquitos. BK783 was shot down over the Netherlands by a German night-fighter and crashed down in Beesd at 02:14. Of the seven crew members, six were killed, they are buried in this cemetery. One crew member survived the crash and was taken prisoner of war by the Germans. In total, 38 bombers were lost during this mission: 8 Lancasters, 18 Halifaxes, 6 Stirlings en 6 Wellingtons. Despite these losses, the mission was a success. The target was also clearly indicated due to the the clear weather conditions. Which made the raid accurate. More than two tons of bombs were dropped. Major damage was caused to the center of the city and the steel plant Hoesch AG.