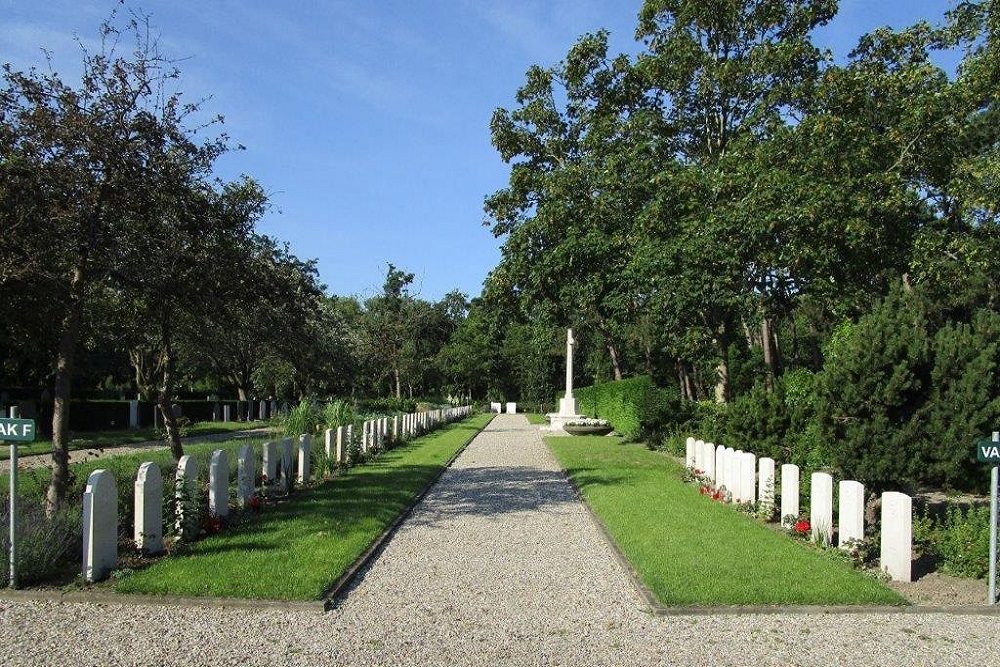 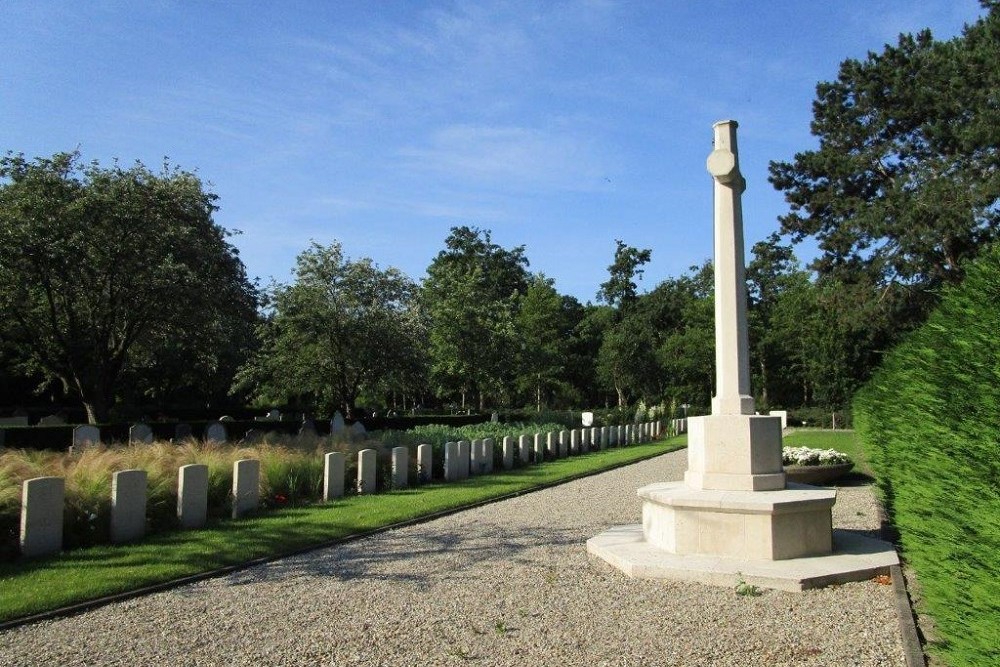 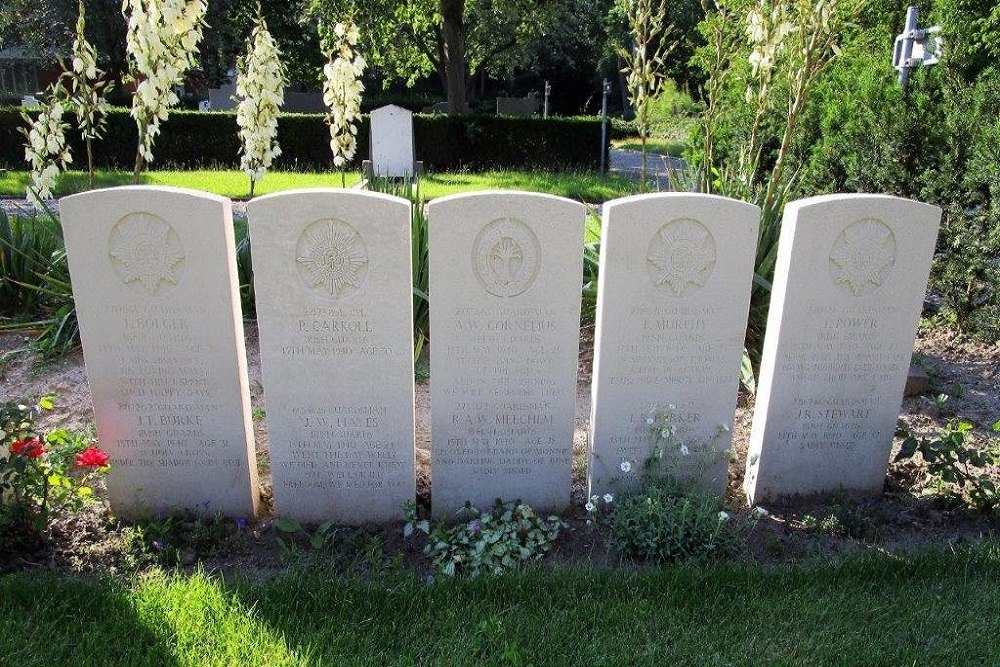 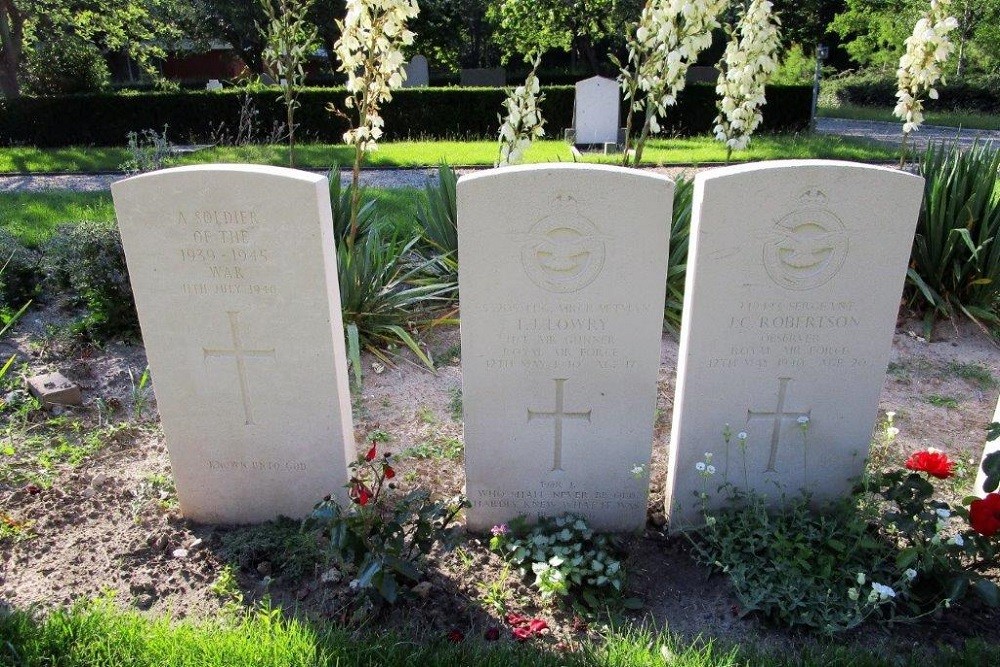 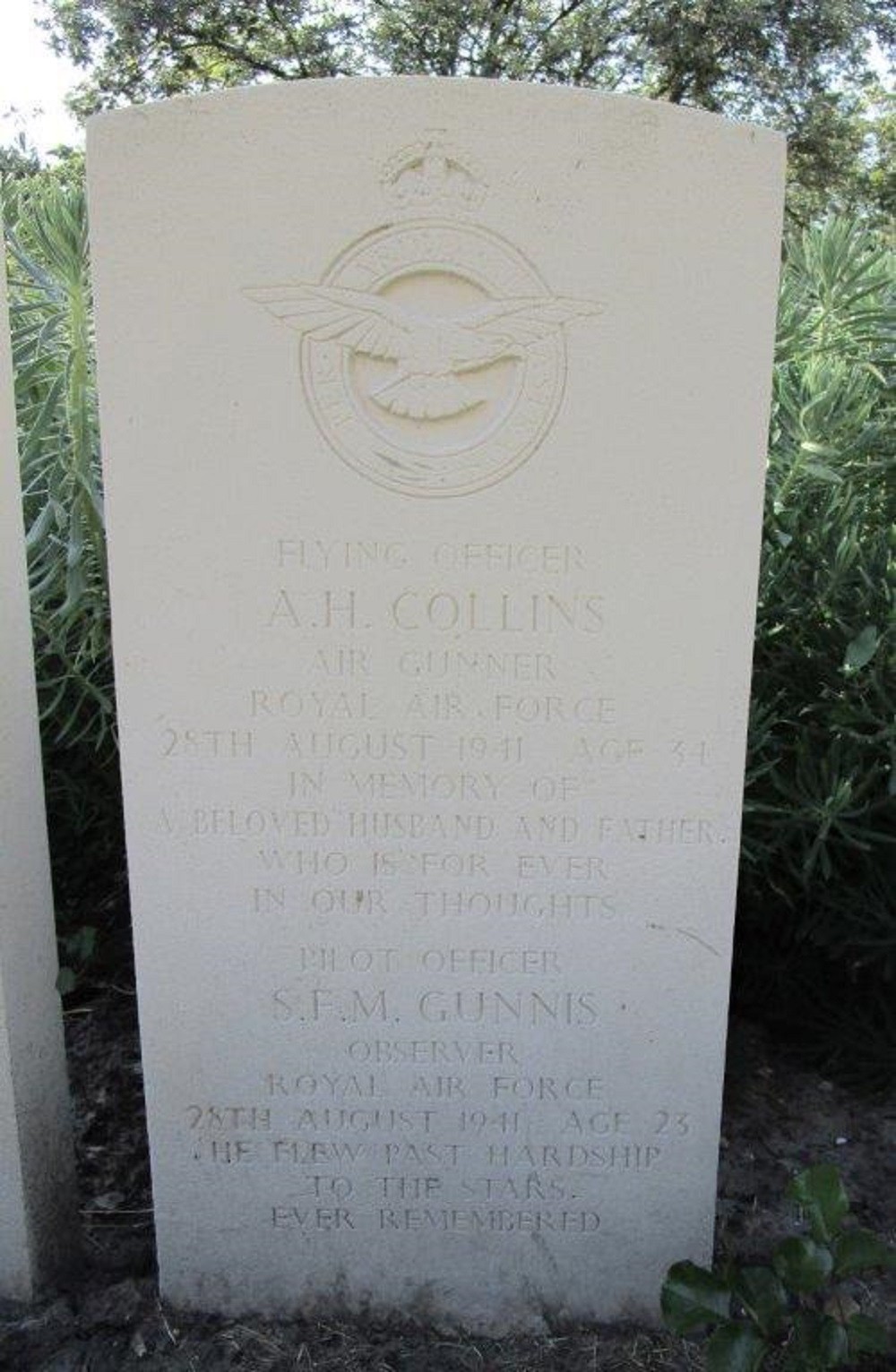 Two airmen shot down on 12 May 1940 and originally buried near their crashed plane, were moved into the cemetery a fortnight later.

Thereafter during the war, casualties washed ashore on the neighbouring beaches and airmen brought down in the neighbourhood were buried in this cemetery. There were American, Canadian and French servicemen among them, but these have since been moved to other cemeteries. 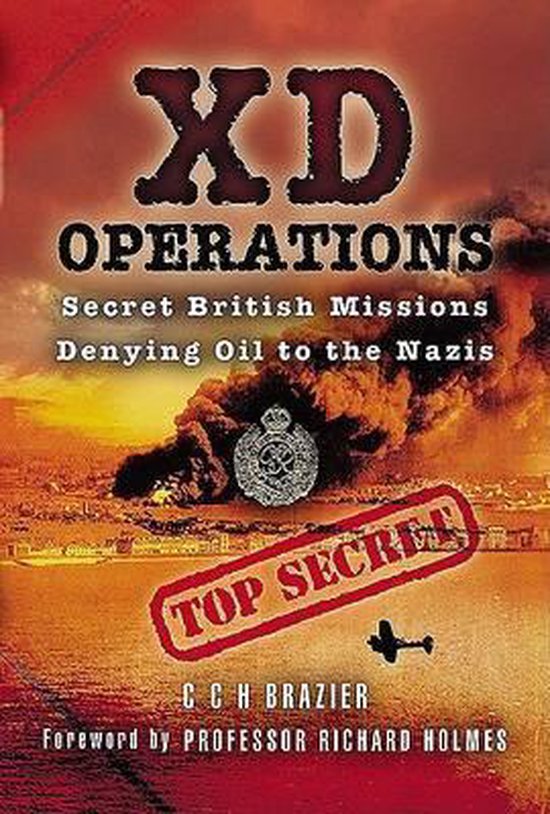 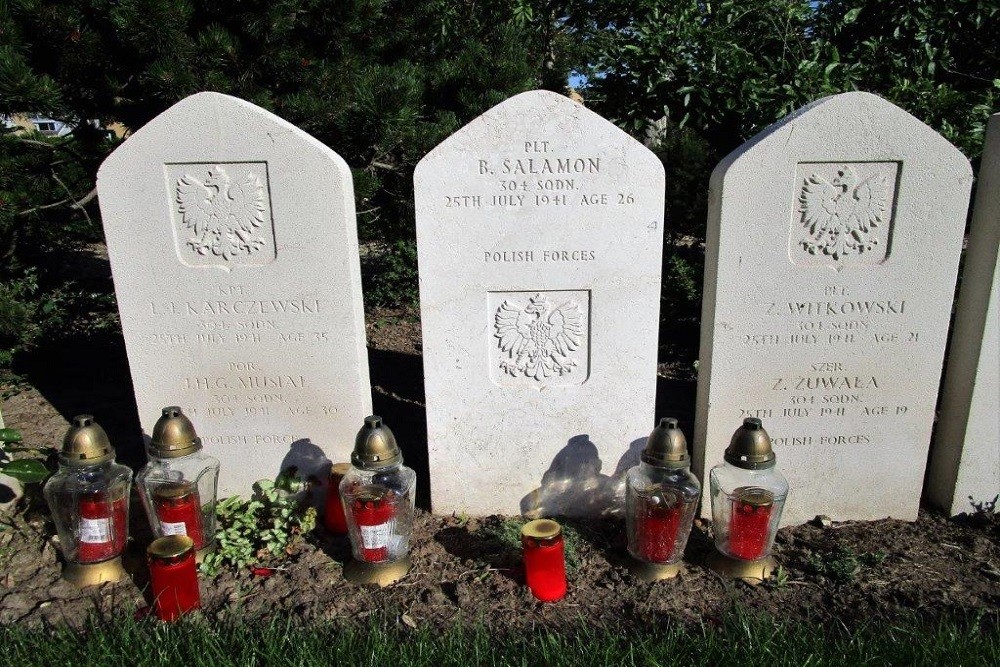