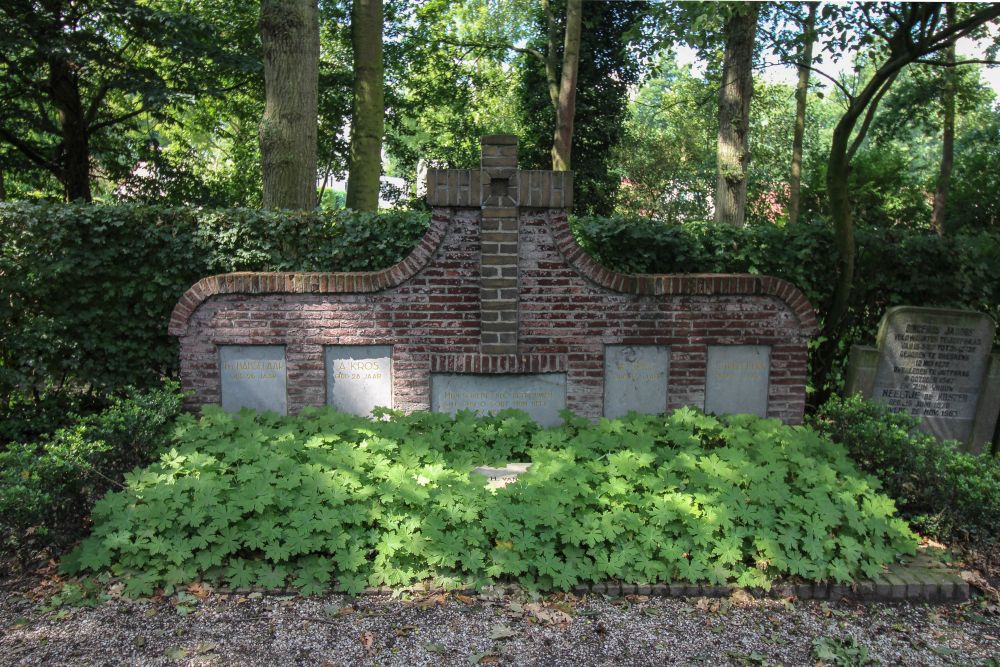 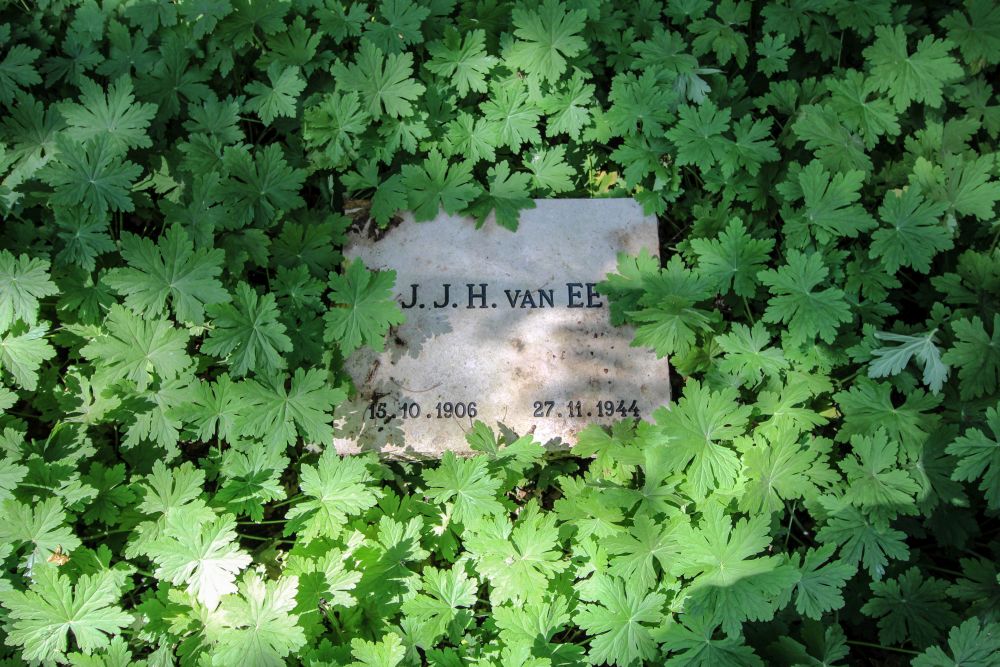 At the municipal churchyard Kerkveld in the former municipality Jutphaas, nowadays Nieuwegein are five war victims buried. Four of them died in an incident on 7 May 1945.

Frans Luiten, also an innocent civilian, was also shot that day. He is buried on the [towid] 19243, H Nicolaaskerkhof [/ towid] in Jutphaas (Nieuwegein).

There are various lectures about the events that led to the tragic death so shortly after the liberation. The reason was a drunk German officer who would have waved a gun and threatened the party crowd. He was then shot by someone from the Interior Forces. A number of German soldiers started a pursuit in which several victims fell.

On the graves of the victims is a brick monument with their names on four text plates. On a fifth text plate in the middle of the monument are the first two lines of the sixth verse of the Wilhelmus: My shield and the trust / you are, O God my Lord, followed by the date 7 May 1945.

On the square in front of the monument is a stone for Johan van Ee. He died as a member of the resistance in camp Husum-Schwesing, an outside camp of Neuengamme. He died at the age of 38 on 27-11-1944 and was reburied her after the war.