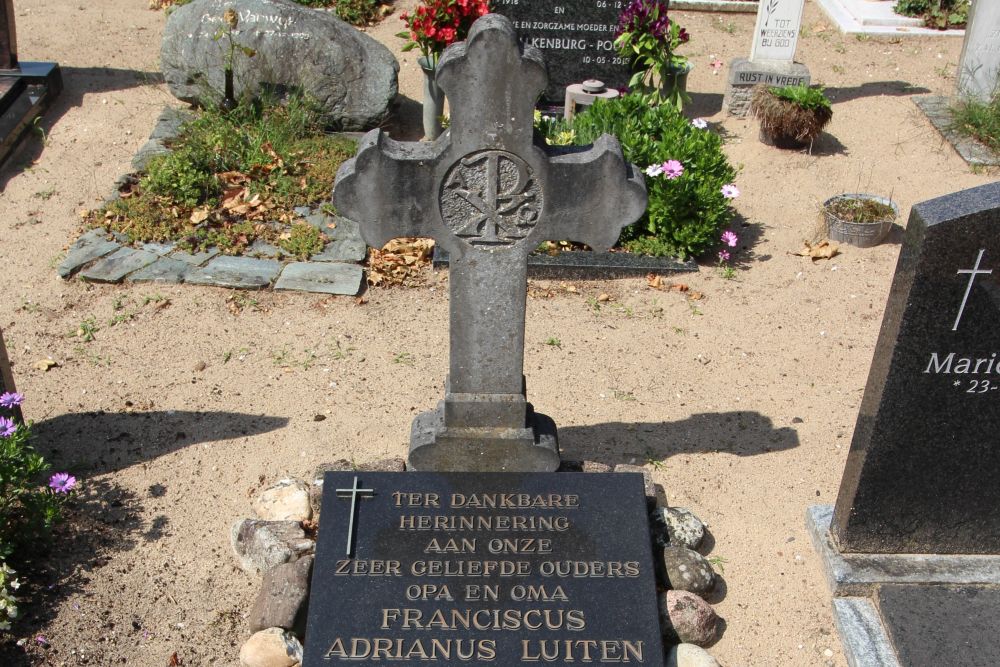 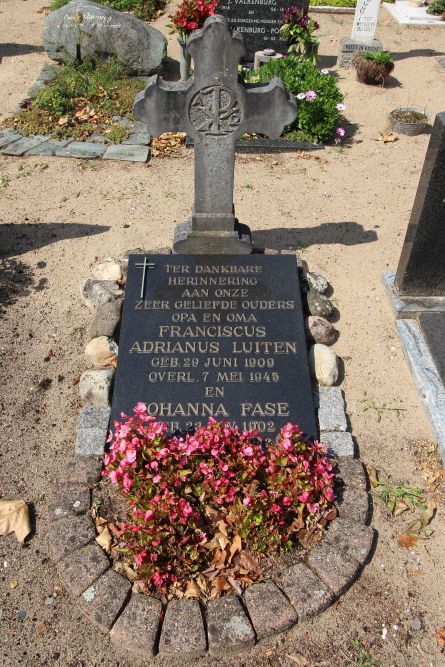 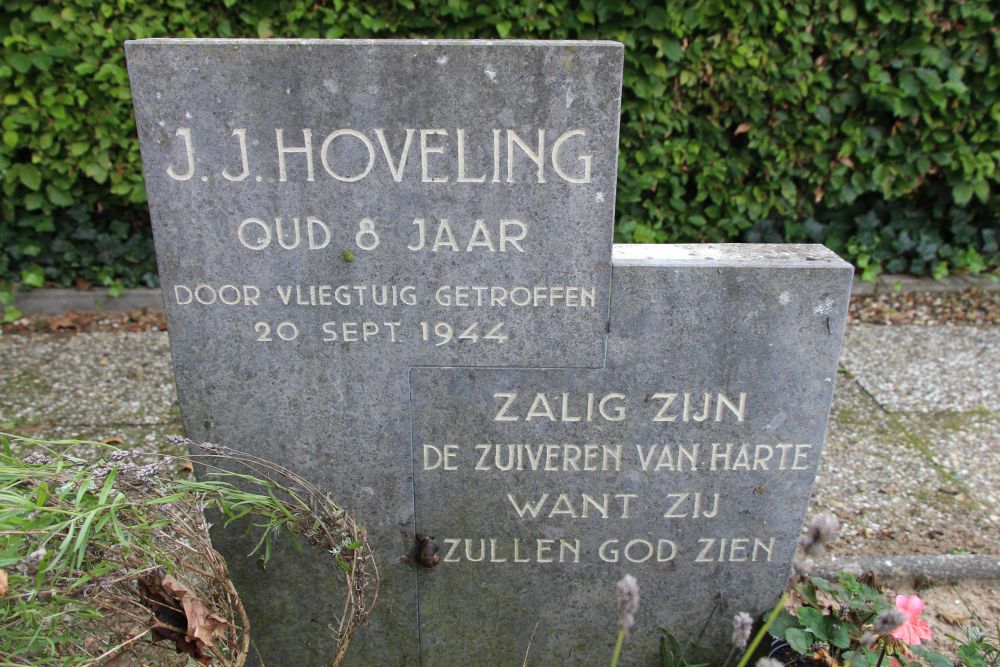 Frans Luiten and four others died in an incident on 7 May 1945.

There are various versions about the events that led to the tragic death so shortly after the liberation. The reason was a drunk German officer who would have waved a gun and threatened the party crowd. He was then shot by someone from the Interior Forces. A number of German soldiers started a pursuit in which several victims fell.