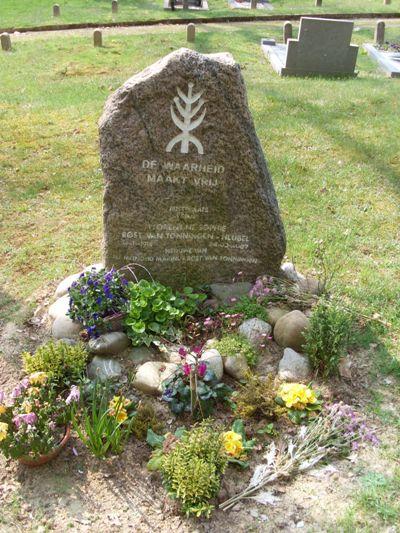 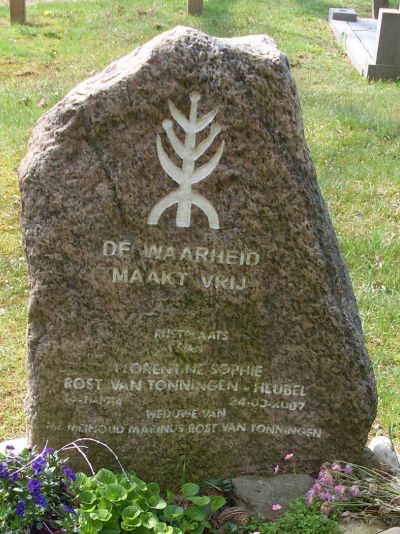 She was the widow of the deputy leader of the NSB (National Socialist Movement), Meinoud Marinus Rost van Tonningen. After his death in 1945 she continued to insist on the philosophy of National Socialism and was given the nickname "Black Widow".

The tombstone was designed by herself. The symbol is the Tree of Life which was also used as a symbol by the National Socialists. It was also on her wedding ring, which has been kissed by Adolf Hitler on her marriage. 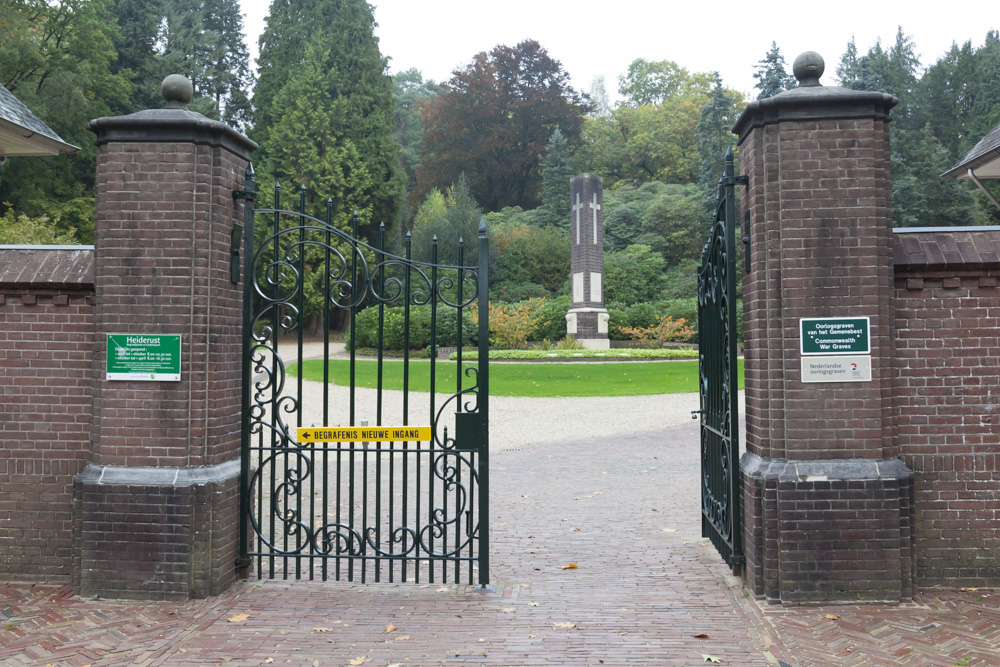