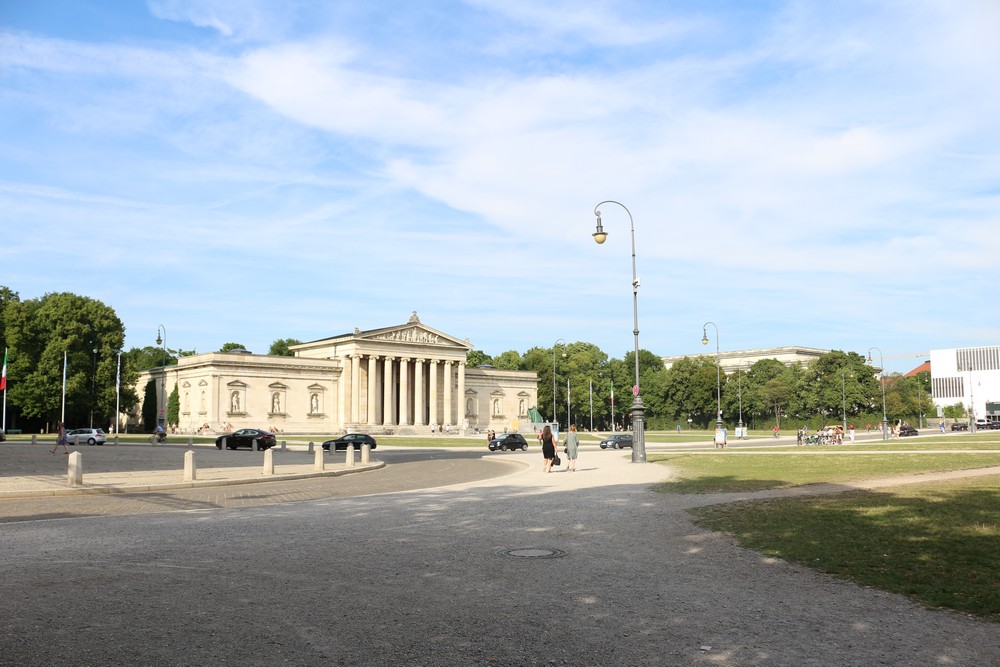 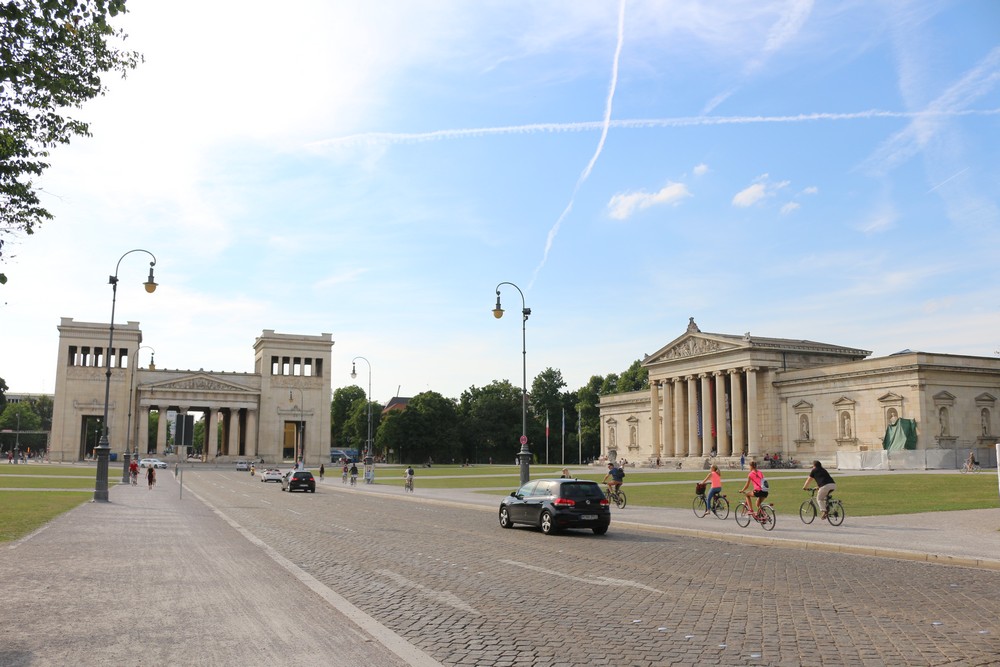 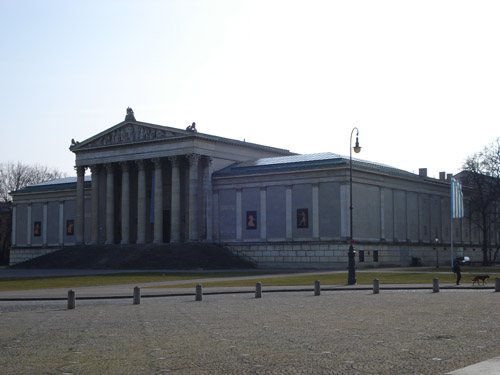 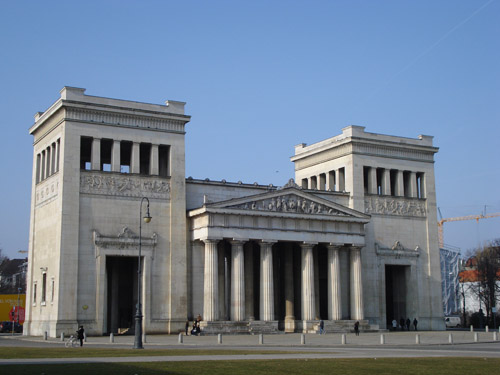 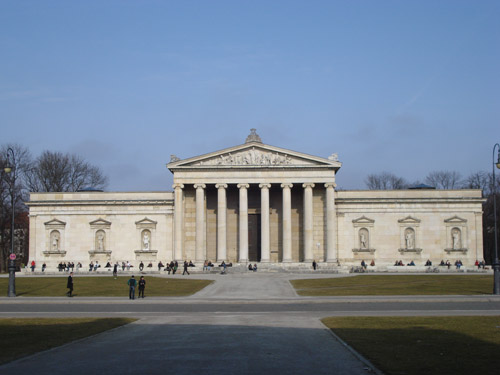 The Königsplatz and the surrounding buildings Propyläen, Glyptothek and Antikensammlung were already built in the 19th century. During the Nazi-era, the square was transformed conform plans of Paul Ludwig Troost: the grass was replaced by granite, trees were removed and the buildings were used by Nazi-institutes.

In 1988, the square was transformed into it's original state, with much grass and the buildings were renovated. In two of the buildings are now museums.