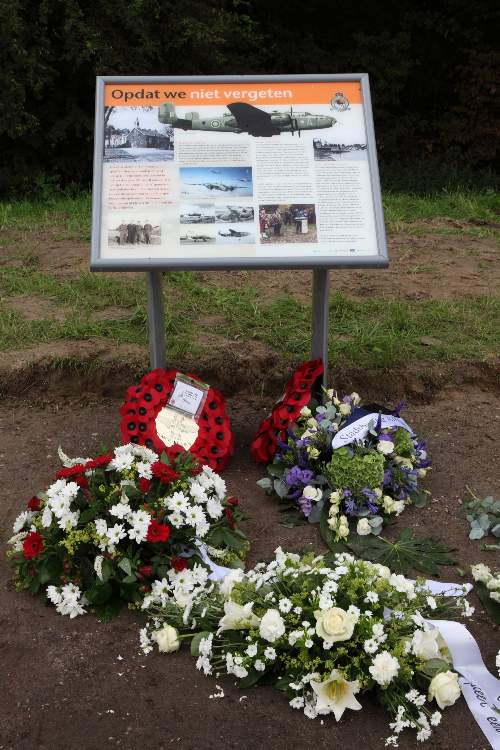 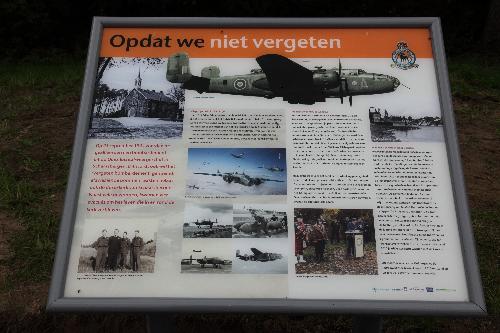 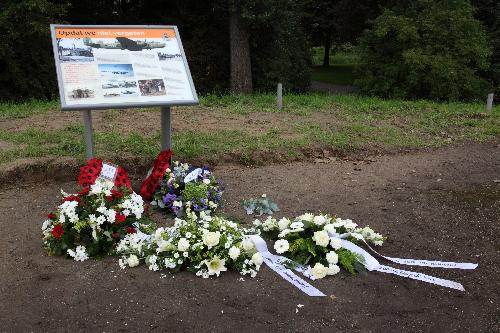 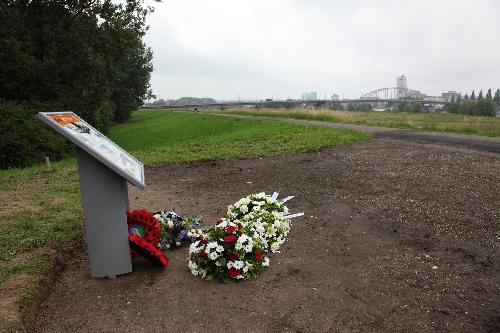 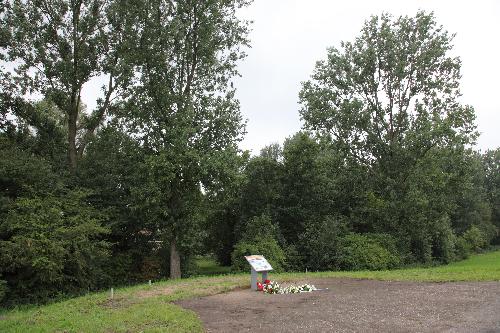 On the 25th of september 1944 Mitchells of RAF 98 squadron and Dutch 320 squadron bombed German Flak positions at Schaarsbergen. The local church was also damaged during this raid. On the return flight German fighters attacked and shot down one of the Mitchells of 98 squadron. It crashed at the Malburge bandijk, approximately 700 meters from the road bridge over the Rhine. Three crew members were killed. Two Australians: Thomas Lennie and Bruce Williams and the Brit Charles Carter. Carter is still missing. The fourth crew member, the Canadian Frank Browmaster, survived. Bruce Williams first escaped from the aircraft, but he was shot dead by a German soldier while descending with his parachute. Williams was buried by Frits Baars.