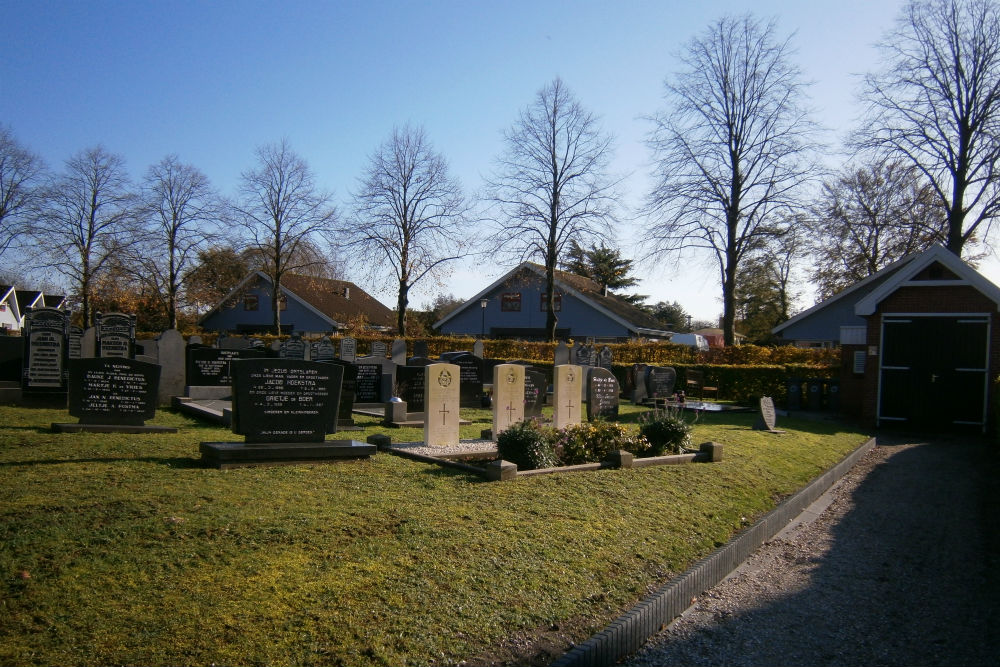 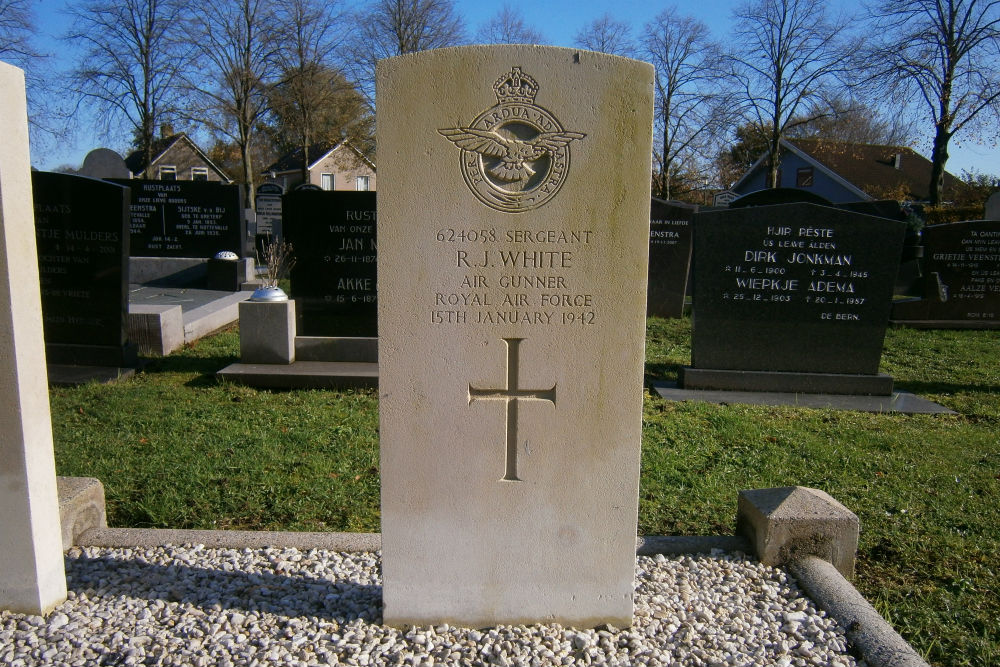 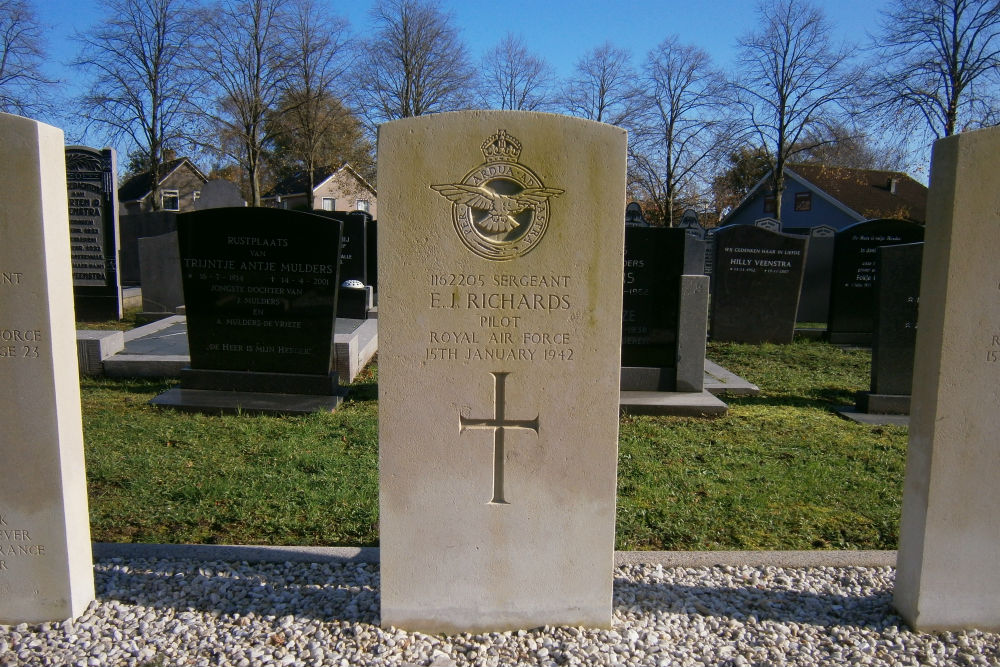 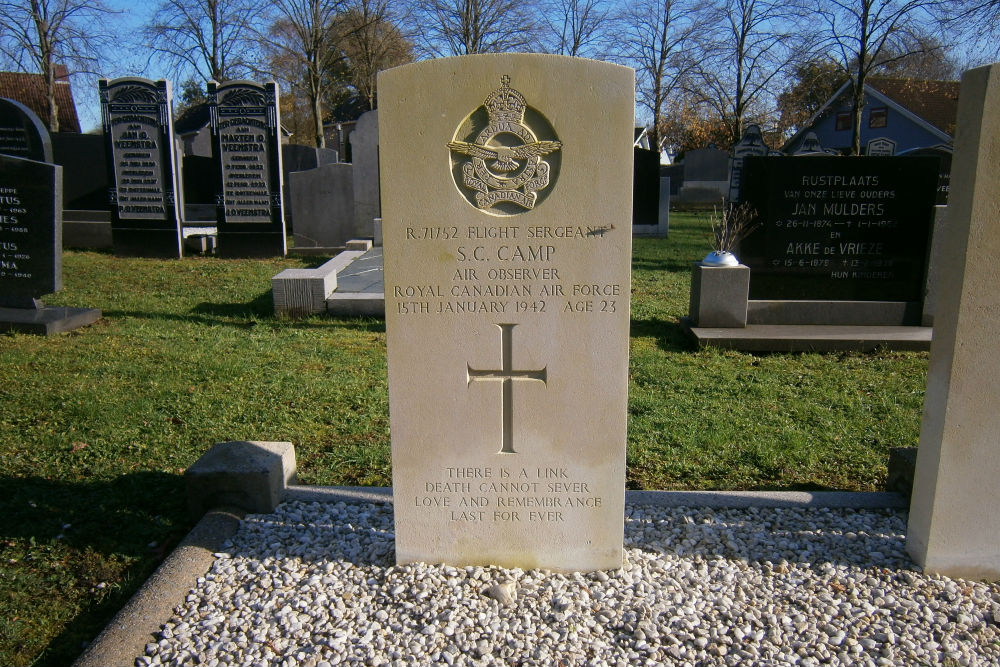 The Cemetery of the Protestant Church in Rottevalle contains three Commonwealth War Graves. These men were killed on 15-01-1942.
These are the graves of:

On 15 January 1942 at 1758 departed from RAF Dishforth, the Whitley Z9424 of No. 51 Squadron RAF, with the mission: a bombing raid at the port of Emden. The aircraft was shot down over the Netherlands by the German night-fighter Unteroffizier Kurt Zipperlein, 4./NJG1 and crashed down at 0330 in Rottevalle. Three of the six crew members died in the crash, they are buried here. The other three crew members were taken prisoner of war by the Germans.