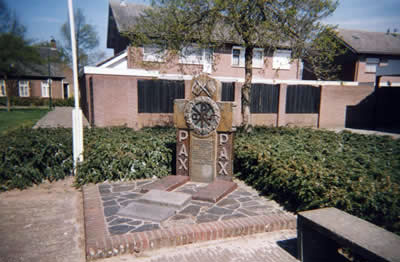 Monument in Lierop with the following text:

This monument was founded in the memory of Frank E. Doucette who's body was transported earlier to his fatherland America.
Sept. 1974

Itinerary:
From the Big church in Lierop you'll go left passing the supermarket. Then you a right on the footpath(Van Dijksstraat).Then one time left and one time tto the right. You are now on the square the monument is on.