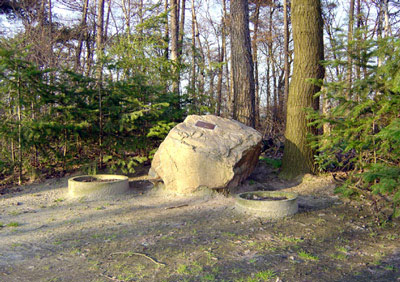 This formed into a monument boulder, which is a reminder of the crew members of a British bomber which crashed here in the woods at Lierop on the 12th of August 1942. The fallen crew members are:

They are all burried at the civilian cemetery in Eindhoven (Woensel). The bomber (and her crew members) belonged to the English 156 Squadron.

How to get there: