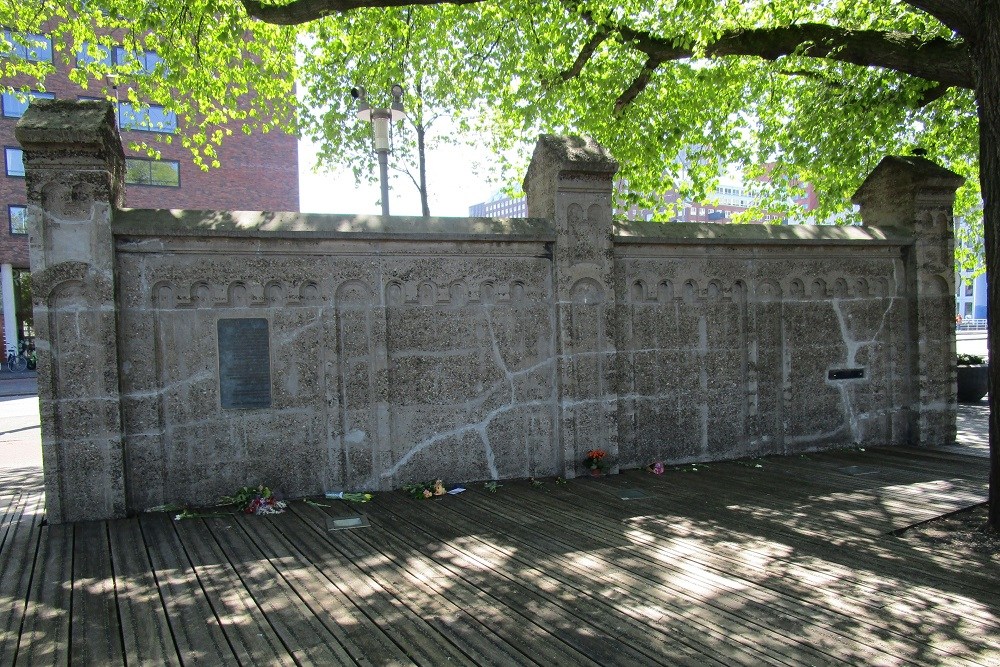 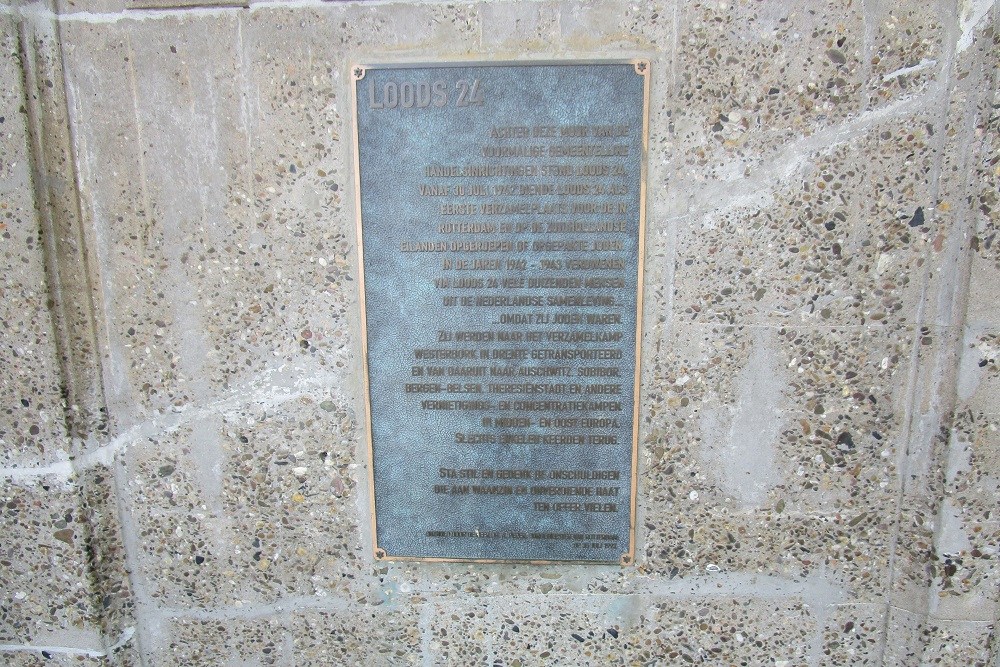 What the Hollandsche Schouwburg is for Amsterdam, Loods 24 was for Rotterdam', That's how the Auschwitz Comity describe's Loods 24 in her quarterly magazine of April 2003. During the war of '40-'45 Jews were gathered here for transportation from July 30th 1942 on.

52 years after the beginning of the war, in 1992, a piece of wall that was left over from the original square, was declared a monument and a memorial plaque was revealed by mayor Peper. On juli 1999 a brandnew memorial was opened at the place where of the formerly Loods 24, a lighting element excisting from out of 5 lightpole, by mayor Opstelten. Hereby the textWe all will remember by that light/remember with tears on our faces/without words.

Every year there is a memorial on 30 July at the small piece of wall at the Eva Cohen Hartogkade.

Around this square are the streets are being named after several historical persons who were related to this square.