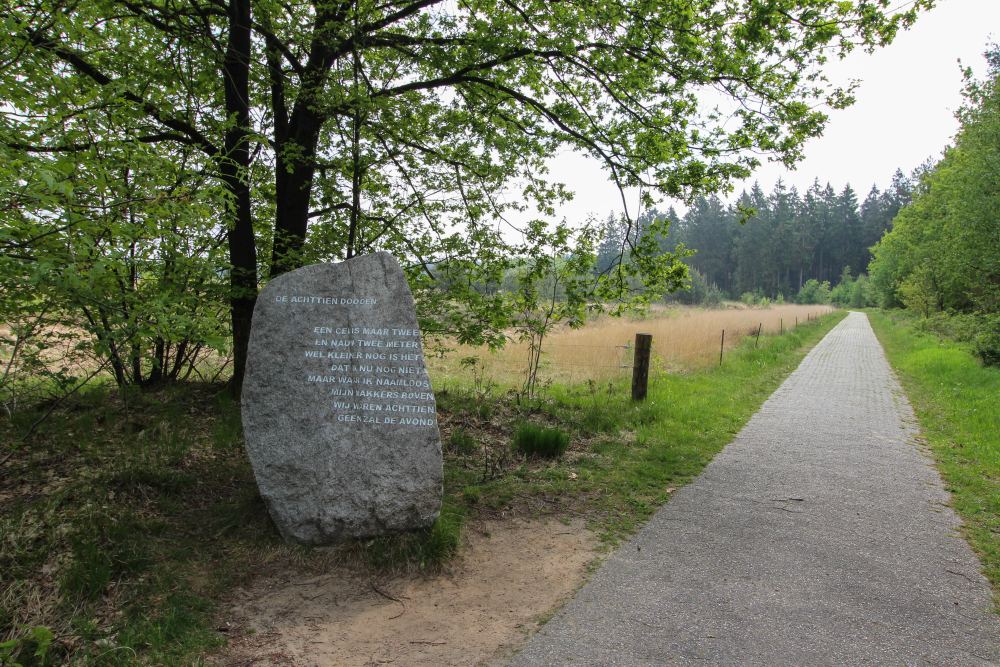 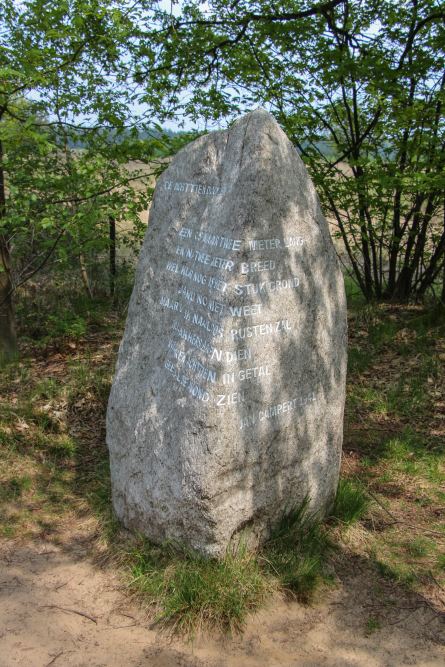 The text on the monument can be read on both sides and is the first stanza from the poem "De Achttien Dooden" or also "Het Lied der Achttien Dooden". A poem by the journalist, poet, writer and resistance fighter Jan Remco Theodoor Campert. The poem is carved in a boulder that is located on the camp site of the Camp Westerbork Memorial Center.

Translated into:
A cell is only six feet long
and narrowly two meters wide
the piece of land is smaller
that I don't know yet
but where I will rest nameless
my mates besides
we were eighteen in number
none will see the evening
Jan Campert 1941 [/ i]

The poem "De Achttien Dooden" must have been finished in the very beginning of 1943 as he died on January 12, 1943 in concentration camp Neuengamme. After the war, a Jan Campert Prize was awarded in 1947 as a lasting reminder of the struggles of Dutch literary scientists in the war years.

In 2003, two monuments to Jan Campert were unveiled. One in the municipality of Spijkenisse and one on the camp site of Remembrance Center Camp Westerbork as a tribute to his resistance activities and those of his comrades in those years.