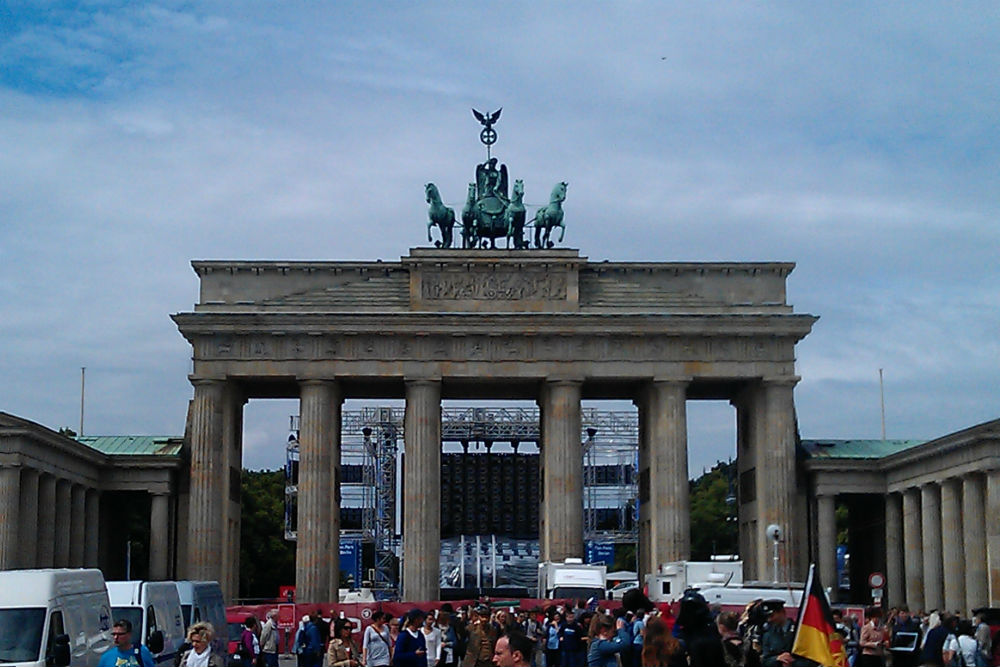 The quadriga (or four span) was heavily damaged during the Battle of Berlin. Part of the original quadriga (a horses head) is exhibited in the Berliner Märkischen Museum. The triumphal arch itself was also damaged, with one pillar completely destroyed. Yet it was the Brandenburger Tor and the Academy of Fine Arts that were the only remaining buildings on the Pariser Platz that still stood upright.

The Brandenburger Tor was restored after the war by a collaboration between the East German and West German Government. After the fall of the wall it was refurbished a number of times.