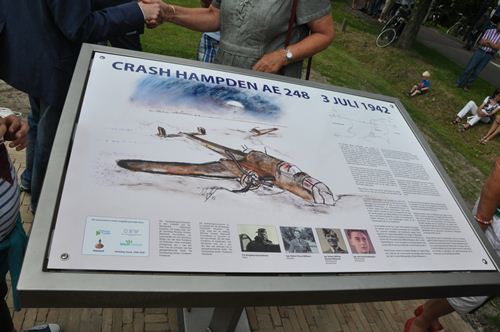 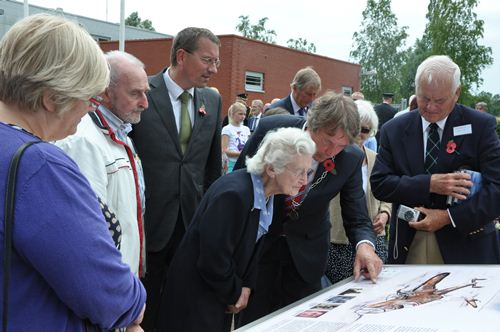 Monument for the Hampden AE 248 bomber. It was shot down over the IJsselmeer on its way to Bremen by a German fighter. Only the Canadian pilot survived, 3 others, 1 Canadian and two Englishmen died. They were buried at the Koudum cemetery.

The first picture gives an impression of the monument. On the second picture you can see Mary Bethune, the fiance of R.O. Williams, with mayor Hayo Apotheker at the unveiling.