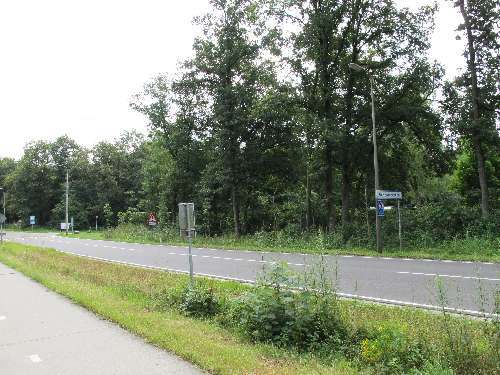 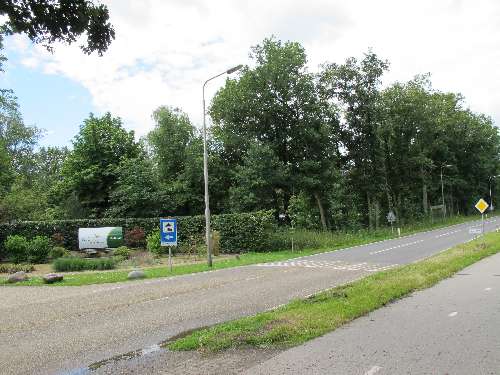 The aircraft received damage from Flak. A fire started in the bomb bay. After the dropping was completed successfully, all the engines stopped. The air gunner bailed out with his parachute before the aircraft crashed into a barn with a large white house nearby just south of the Koningsweg at Schaarsbergen.
Of the crew:
Pilot Officer Fred Mortimore, pilot
Flying Officer Bradstock, RCAF, navigator
Sergeant Wyatt, flight engineer
Flight Sergeant Marcham, wireless operator
Flight Sergeant Klaat, RCAF, bomb aimer
Sergeant Robby Robertson, rear gunner
2 air despatchers,
only pilot Mortimor and Flight Sergeant Marcham got injured. They all became POW. Today the crash site is at Camping Hooge Veluwe