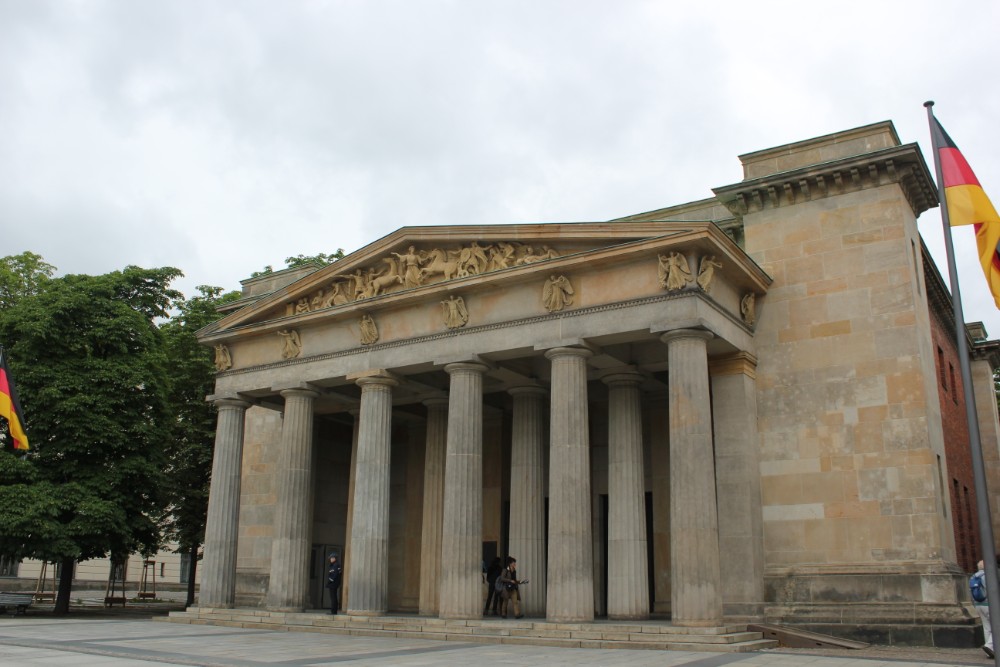 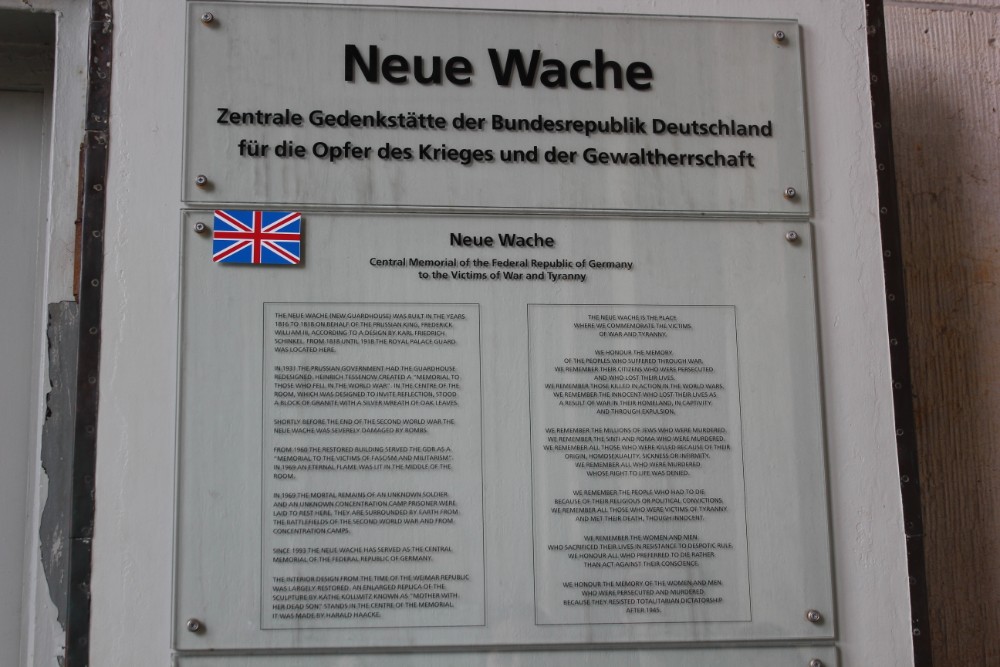 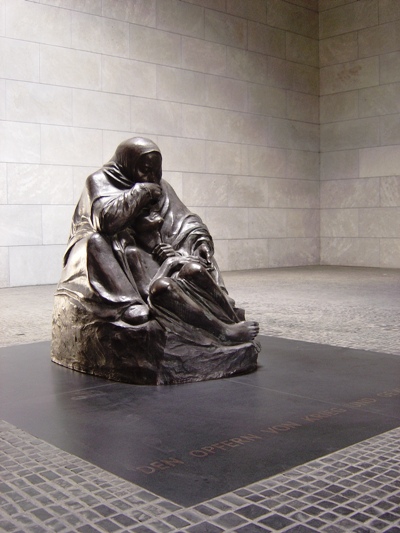 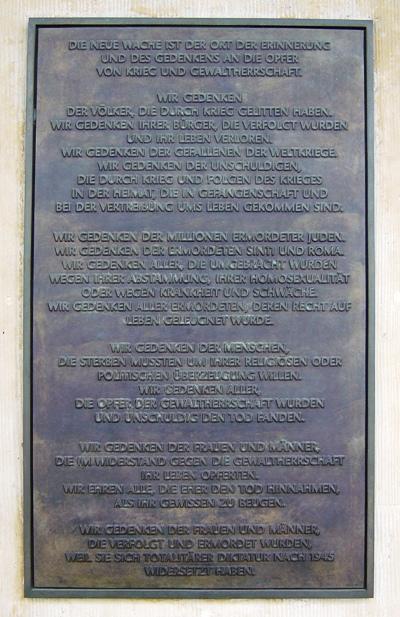 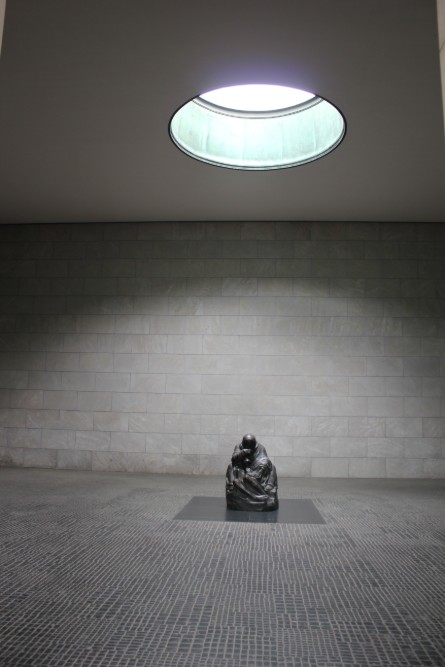 During the Second World War, the New Guard House was severely damaged by bombing and artillery .

The reopening of the New Guard House took place in 1960 as a "Memorial to the Victims of Fascism and Militarism". After the unification of Germany in 1993, followed a preliminary final transformation to the "Central Memorial of the Federal Republic of Germany for the Victims of War and Dictatorship".

The New Guard House is soberly furnished with a copy of the sculpture "Mutter mit Totem Sohn" by German artist Käthe Kollwitz. Kollwitz made ​​this sculpture following the dead of her son Peter during the First World War.