Since the foundation of the "Deutsches Reich" by Otto von Bismarck on January 18, 1871, Berlin is the capital of what we now call Germany. During the National Socialist regime under Adolf Hitler the center of power was located particularly in the vicinity of the Wilhelmstrasse. All that remains of the here located Old Reich Chancellery (1878), the New Reich Chancellery (1938), the Vorbunker and the Führerbunker after the Russian demolition works of the last century are underground remnants. Yet there is still plenty to see in Berlin for the visitor interested in World War Two. 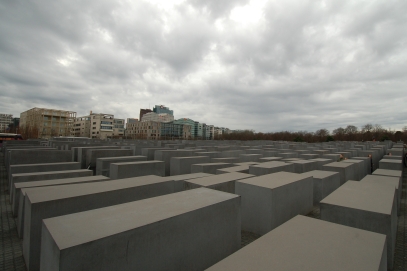 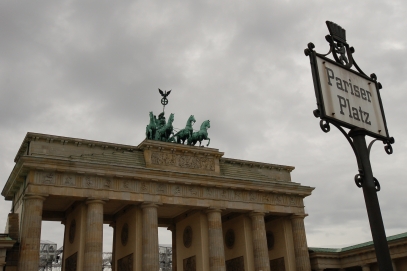 The Field of Stelae of the Holocaust-Memorial (1) and the Brandenburger Tor (2) located at walking distance.

Holocaust-Memorial
The Holocaust-Memorial in Berlin is a monument to the memorial of the murdered European Jews. This memorial is the central German Holocaust Memorial, a place to honour and remember the up to six million Jewish victims of the Holocaust. Located between the Brandenburger Tor and Potsdamer Platz, the Memorial consists of the Field of Stelae designed by Peter Eisenman and a subterranean Information Centre. 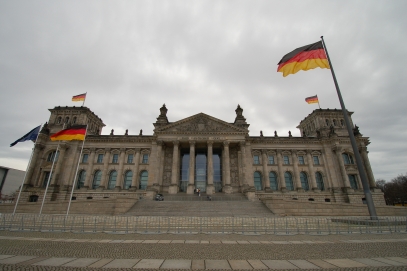 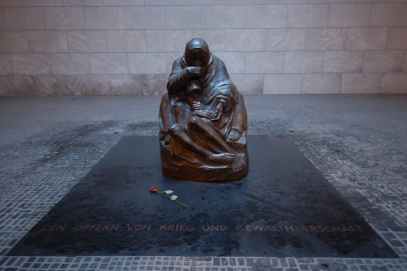 The Reichstag building (1) and the sculpture "Mutter mit Totem Sohn" by German artist Käthe Kollwitz at the New Guard House (2).

Ministry of Aviation
The Ministry of Aviation headed by Hermann Göring was founded in April 1933 and had since May 1933 both civil aviation and the air force in its portfolio. Thus arose the need for a new building for the Ministry. Total time of construction of the Ministry with 2,000 offices, several conference rooms and a car park for 240 cars was less than 15 months. The Ministry endured the Second World War virtually unscathed and is still one of the largest buildings in Berlin. 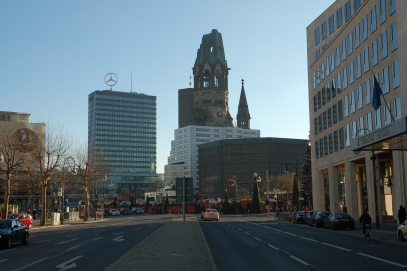 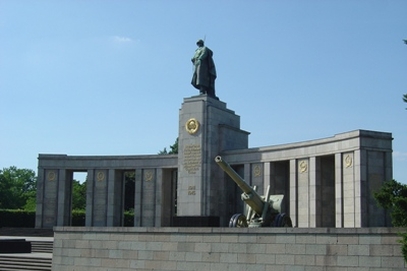 Russian War Memorial (Tiergarten)
After the Second World War three official Russian war memorials were established in Berlin. Since the Russian War Memorial (Tiergarten) is located in Berlin's city center, this is the most visited. The Russian war memorials are not only monuments but also war cemeteries. The war memorial is located on the Strasse des 17. Juni at walking distance of the Siegessäule and the Brandenburger Tor. This is the location were the East-West-Axis and the North-South-Axis of World Capital Germania designed by Albert Speer would cross each other.

World Capital Germania
From 1935 to 1943 work was undertaken under the leadership of Adolf Hitler and later Albert Speer on the plans for the new Berlin, later called World Capital Germania. By a decrease in building activities after the outbreak of World War Two, many projects were never realized. On the Strasse des 17. June and Unter den Linden with the Siegessäule and the Brandenburger Tor the idea of ​​the wide East-West-Axis is still visible. Other early examples include the Olympic Stadium and Berlin-Tempelhof Airport.

War Museums in Berlin
Berlin has no major museum with just the Second World War as a subject, but the subject is covered in the German Historical Museum. The Holocaust is the subject of the Jewish Museum Berlin and Topography of Terror. Smaller museums are Otto Weidt’s Workshop for the Blind, the Anne Frank Centre and the Silent Heroes Memorial Centre. For the Russian perspective on the story you can visit the Deutsch Russisches Museum. The technically interested visitor goes to the Deutches Technikmuseum and visitors interested in aviation go to the Luftwaffenmuseum der Bundeswehr. 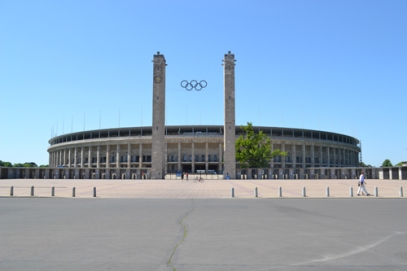 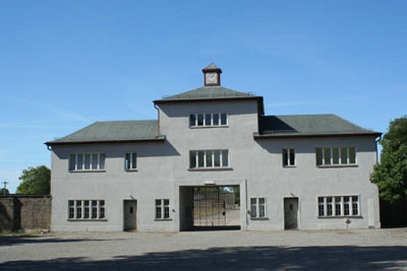