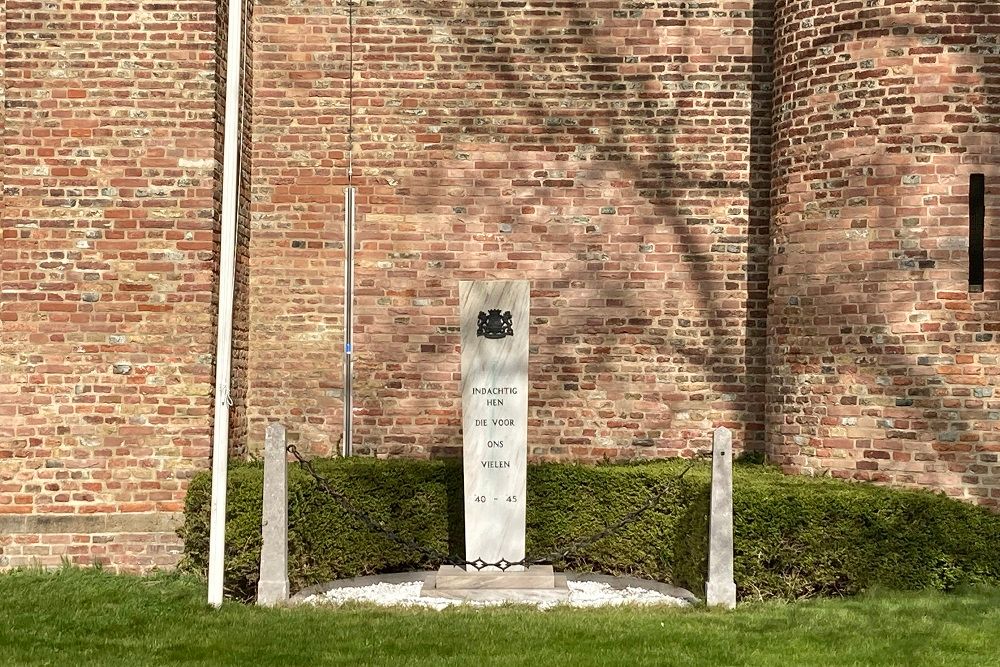 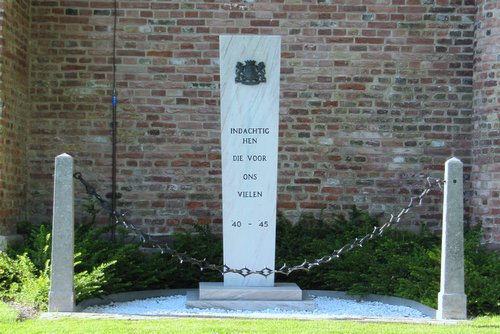 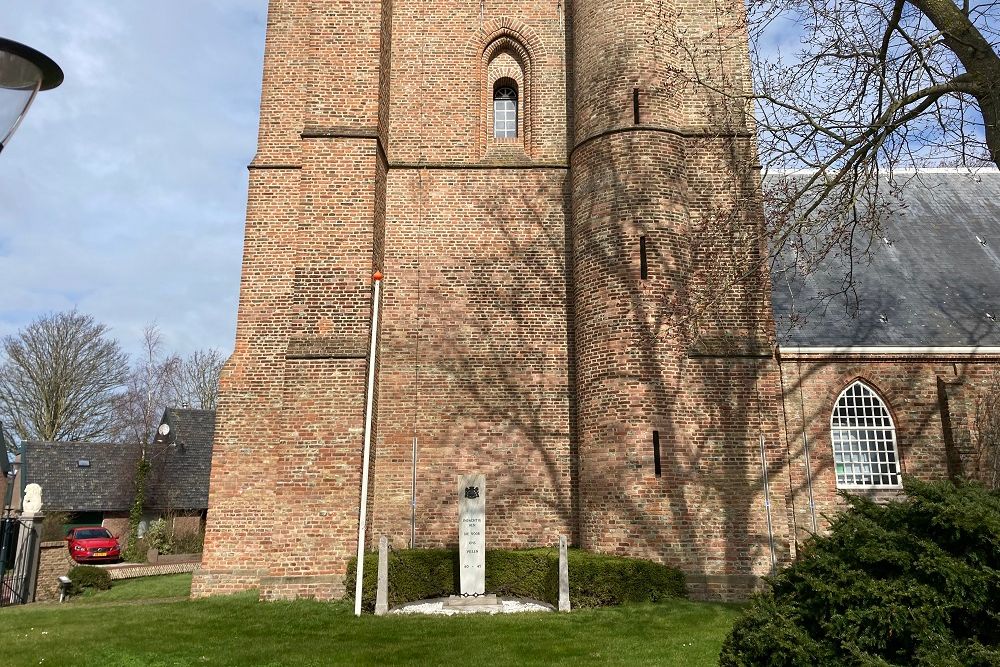 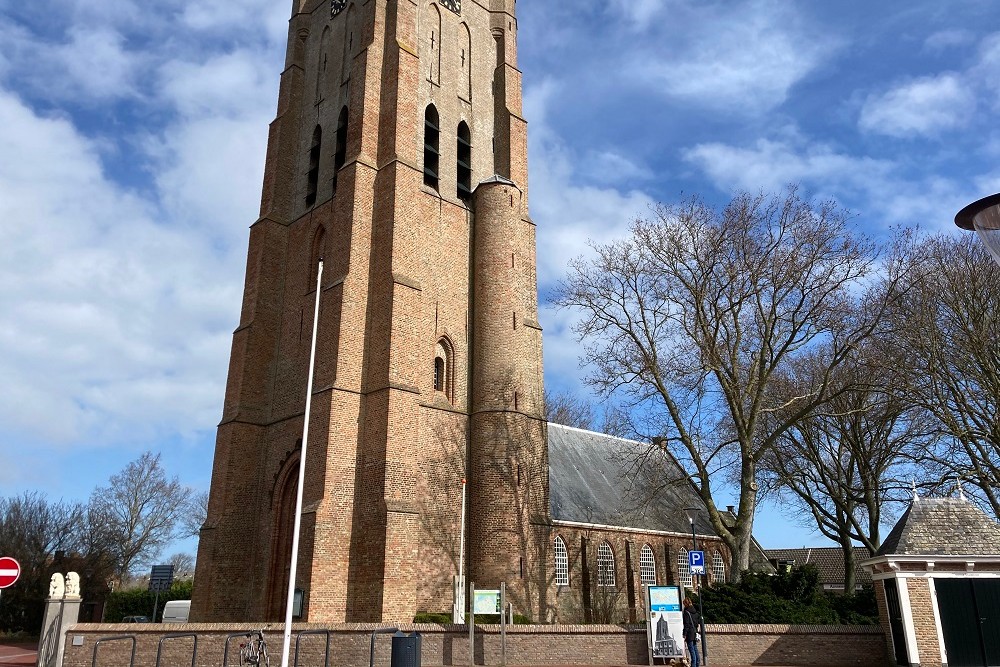 The monument of Oostkapelle for all War Victims.

It is placed on the side of the church.

A white marble pillar.
At the top of the column in bronze, the arms of the province of Zeeland with the text:
"Luctor et Emergo".

On the monument the text:
"Bearing in mind
those
who fell
for us

After the war they let them rest here because the village buildings to the rear of the church, was moved more towards the rear during the reconstruction of Oostkapelle.

Other civilian victims of this battle were temporarily buried in the dunes because there was no place anymore near the church.
They are moved to the General Cemetery of Oostkapelle after the reclamation of Walcheren.