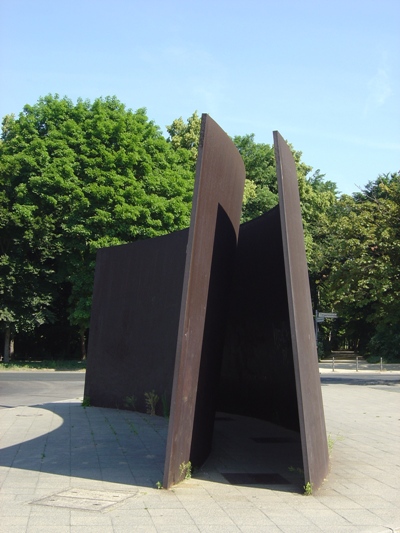 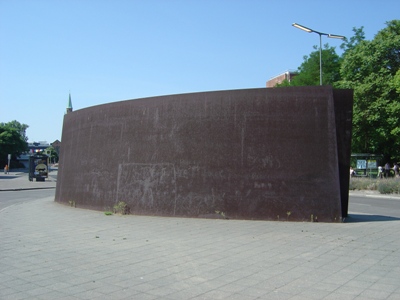 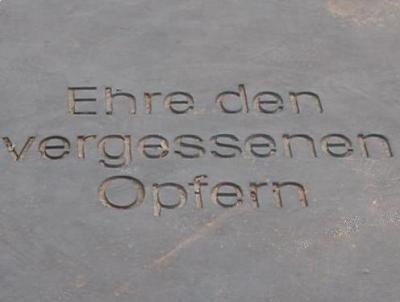 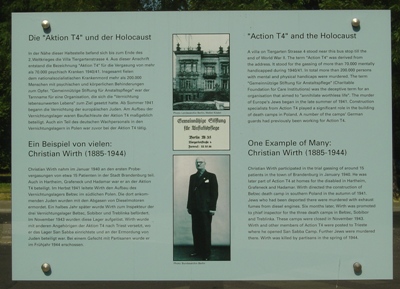 On Tiergartenstraße 4 were the offices of the agency that the euthanasia programme 'Aktion T4' (the name is derived from the address) organised.

This operation was the massacre of psychiatric patients and people in nursing homes. Nearly 200,000 people have been killed in this operation, 70,000 of them were gassed in six secret euthanasia-institutes: Grafeneck, Brandenburg, Hartheim, Pirna-Sonnenstein, Bernburg and Hadamar.
The knowledge that has been acquired here was used in the creation of the extermination camps Belzec, Chemno, Treblinka and Sobibor. A large part of the staff moved also to these camps. The buildings have been destroyed during the war and were demolished in 1950.

A memorial, which consists of a rusty, curved hall and a plaque in the pavement, marks the place and commemorates the victims. In a bus shelter is an information plate with further information.