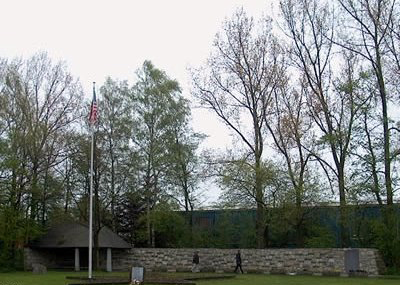 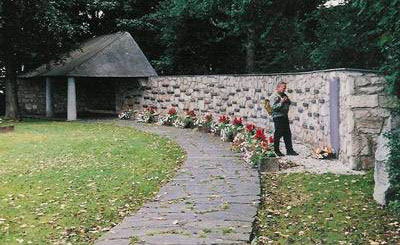 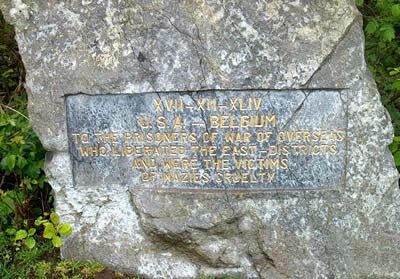 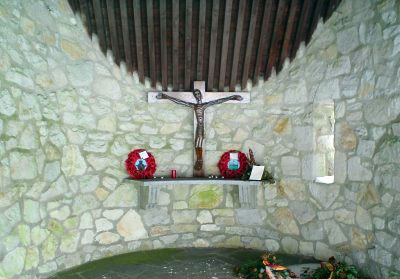 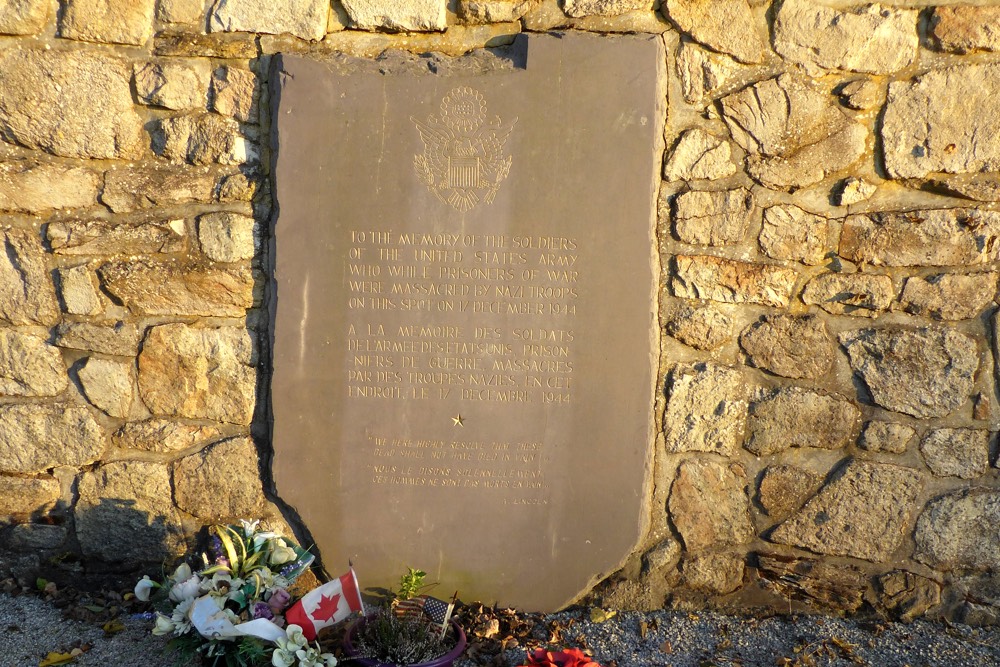 This monument lays along the main road between Malmedy and Waimes near the place Baugnez.

Just after noon on Sunday, December 17, 1944, Battery B of the 285th Field Artillery Observation Battalion came under fire from Kampfgruppe Peiper at the Baugnez crossroads. They subsequently surrendered and between 2.15-2.20 pm, as the entire group stood prisoner in the field, machine-gun fire cut them down where they stood.

Two prisoners survived to tell the story. Further information on this incident could be found at the La Gleize museum.

The plaque reads:
To the memory of the soldiers of the United States Army who while prisoners of war were massacred by Nazi troops on this spot on 17 December 1944.

"We here highly resolve that these dead shall not have died in vain" - A. Lincoln