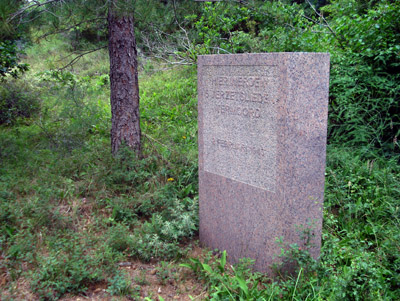 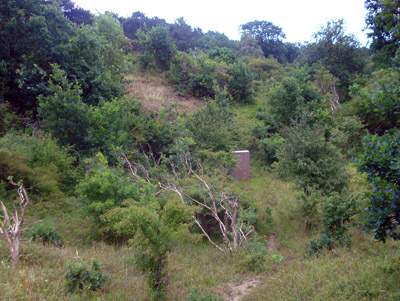 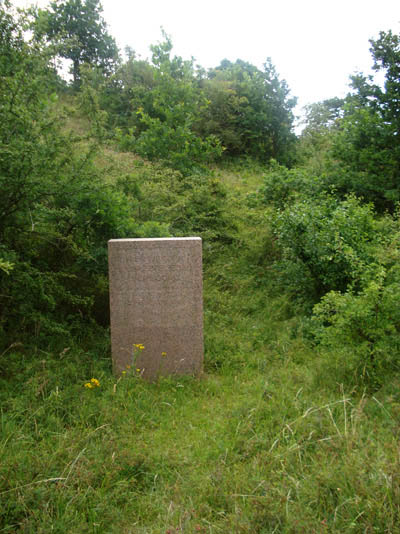 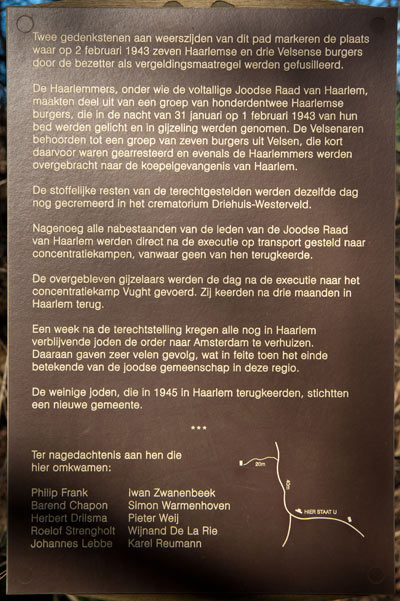 Two memorial stones on both sides of this path mark the place where 2 February, 1943 seven citizens from Haarlem and three from Velsens were executed by the occupiers as a retaliatory measure.

The people from Haarlem, including the entire Jewish Council of Haarlem, were part of a group of hundreds of citizens of Haarlem, who in the night of January 31 to February 1, 1943 were taken of their beds and were taken hostage. The Velsen residents were among a group of ten citizens from Velsen, who were arrested on 22 January 1943 and, like the Haarlem citizens were transferred to the prison of Haarlem.
The mortal remains of the executed were cremated the same day in the crematorium Driehuis-Westerveld.
Almost all surviving members of the Jewish Council of Haarlem were transported up to concentration camps immediately after the executions. None of them returned.

The remaining hostages were brought to Vught concentration camp the day after the execution. They returned after three month.

A week after the execution, all Jews living in Haarlem were ordered to move to Amsterdam. This ended, in fact, the Jewish community in this region.

The monuments are located along a footpath, which follows the cycle path. There are two crossings of footpaths (made of shells and gravel) with the same cycle, about 30 meters apart. It does not matter which path you take, since the two paths cross each other at the first monument. You need walk the path for about 30 meters before the first monument with an information billboard is reached.