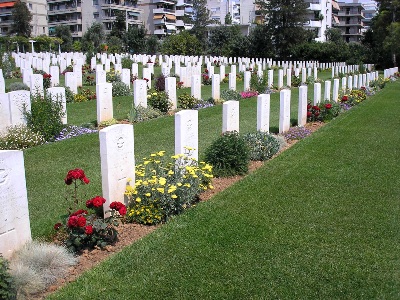 There are 2,029 Commonwealth servicemen of the Second World War buried or commemorated in Phaleron War Cemetery. 596 of the burials are unidentified. Special memorials commemorate casualties known to have been interred in certain groups of graves in the cemetery, but whose individual graves cannot be precisely located within these groups. Other special memorials commemorate casualties re-buried in the cemetery from original graves which, owing to the destruction of local records, could not be identified.

Also within the cemetery are: The Phaleron Cremation Memorial, commemorating 74 men of the army of undivided India who died during the campaigns in Greece and Crete during the Second World War and who were accorded the last rite required by their religion - committal to fire. 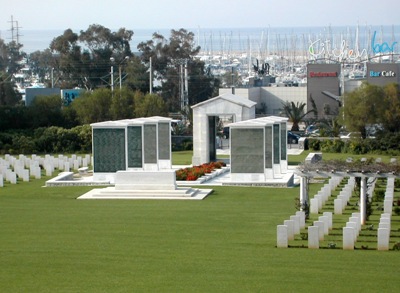 Commonwealth Memorial for the Missing Athens