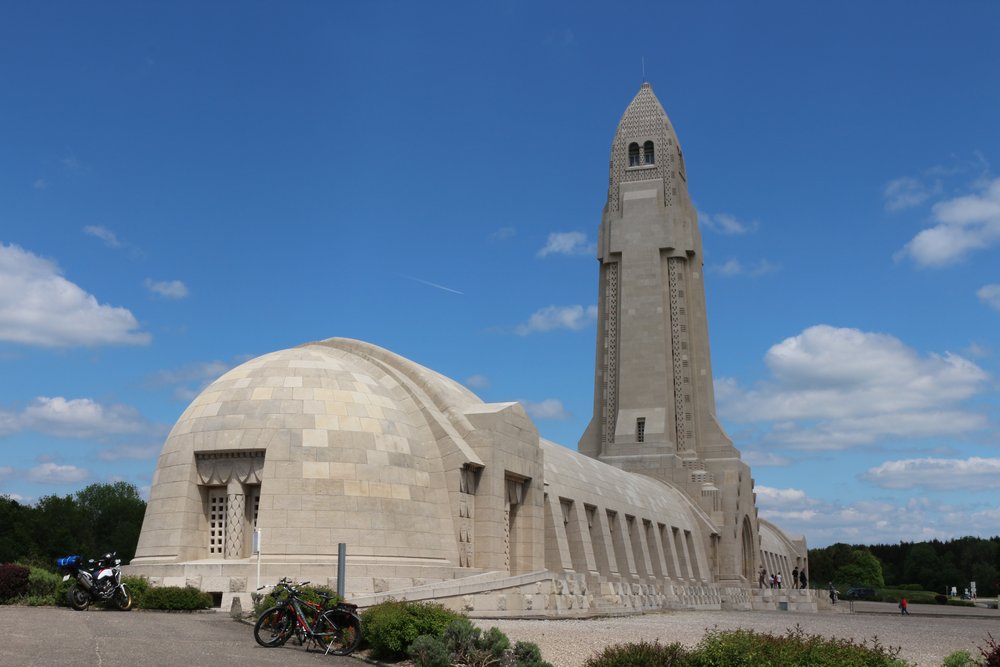 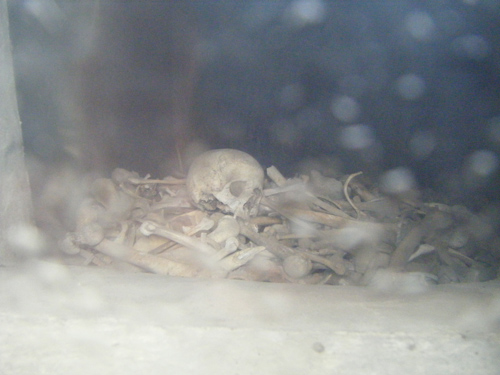 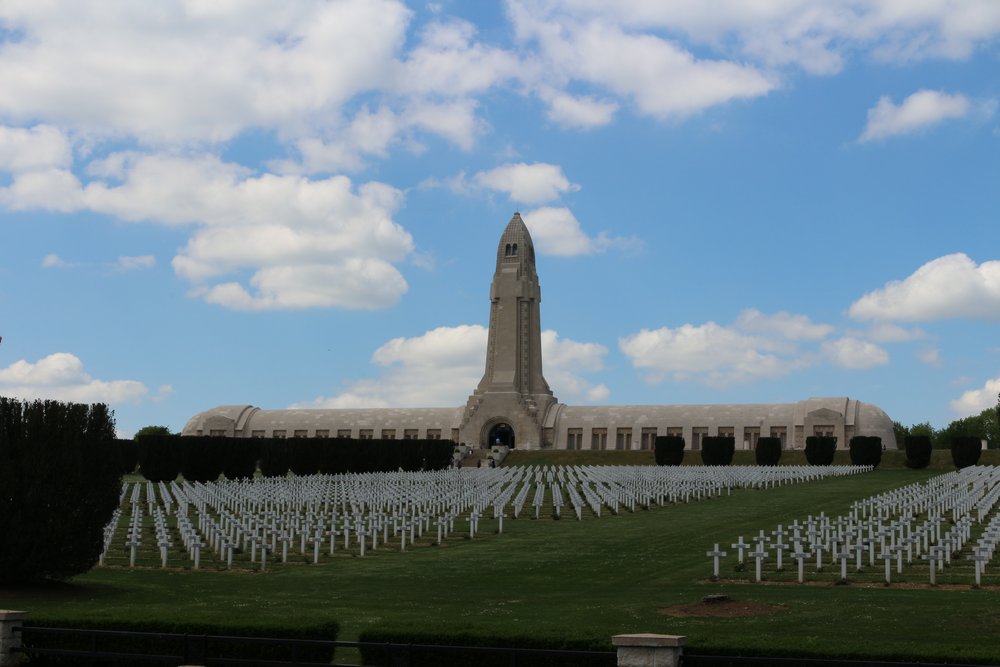 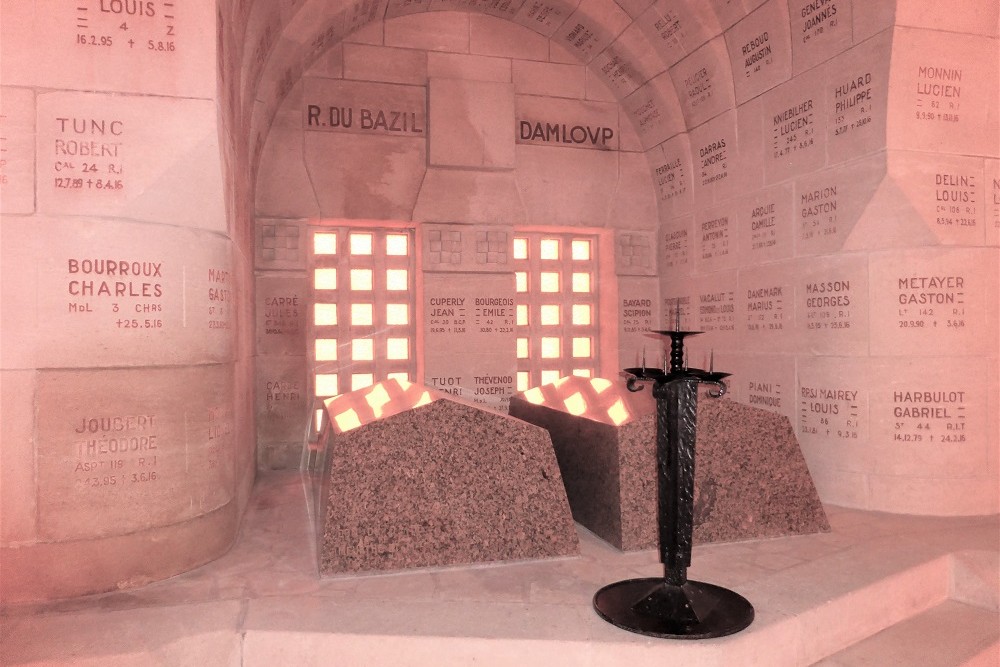 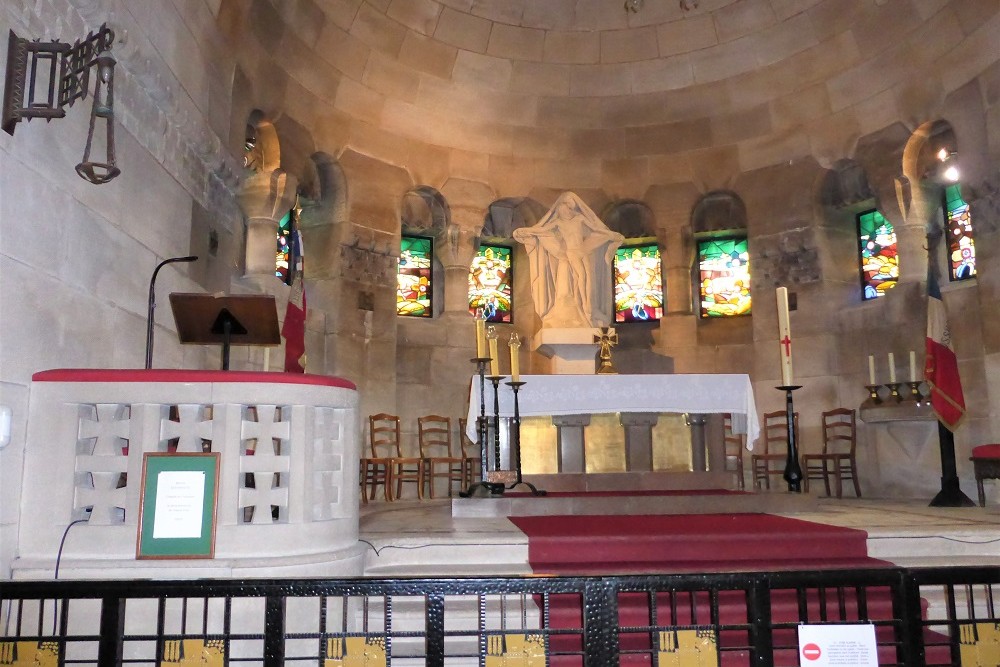 This memorial is erected in memory of the victims of the Battle of Verdun (1916). It contains the remains of more than 130,000 unidentified French and German soldiers who fell in this battle. Visitors can exhibit these remains and plaques with the names of French casualties who fell in the area during the First and Second World War.

On the 137-meter-long facade are the shields of the French and foreign cities that contributed to the construction. A 46 meter high tower rises on the axis of the entrance gate. That tower in the shape of a howitzer shell, the projectile that has torn so many bodies apart, but has the cross that should give meaning to all those sacrifices. At the top is a lantern with four white and red spotlights around a 2,300 kg bell. In the months of July and August, the red / white light of the floodlight swings like a lighthouse over the battlefield every night. Outside the "season" only on weekends.

In the corridor there are eighteen niches, each with two granite tombs, donated by cities or departments. It contains the bones and skulls of about 130,000 unidentified French and German war dead. Outside at the back, windows have been made through which you can see the charnel mounds and skulls.
Above each tomb is the name of the battlefield sector on which the skeletons were found. At both ends of the corridor, a 150 cubic meter burial vault had to be set up to house the bones from the sectors to be overloaded.
Above each of those tombs is a granite shield on which the memorial torch is lit during ceremonies.

The floor of the hall is made of mosaic tiles, depicting the military orders of France: in the center, the Cross of Honor of the Legion d'Honneur, the Medaille Militaire at both ends and a series of War Crosses in between.

In line with the entrance gate, a beautiful door provides access to the Catholic chapel, where a moving pieta above the main altar welcomes pilgrims. The pieta was designed by sculptor Elie-Jean Vézien.
On the arch above the door is the text: "Chapel donated by the Catholics of France, Belgium, Canada, Switzerland and the United States."
The stained glass windows depict battle scenes. At the bottom, under "In memoriam" is the name of a fallen victim. They are donations from the families and are the work of master glass painter Desvallieres.