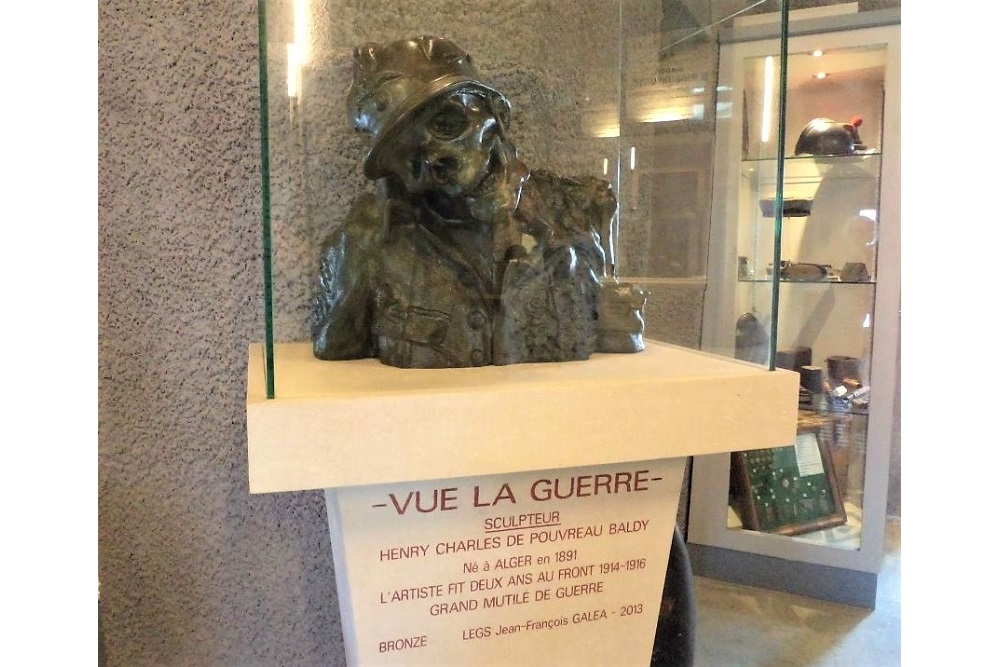 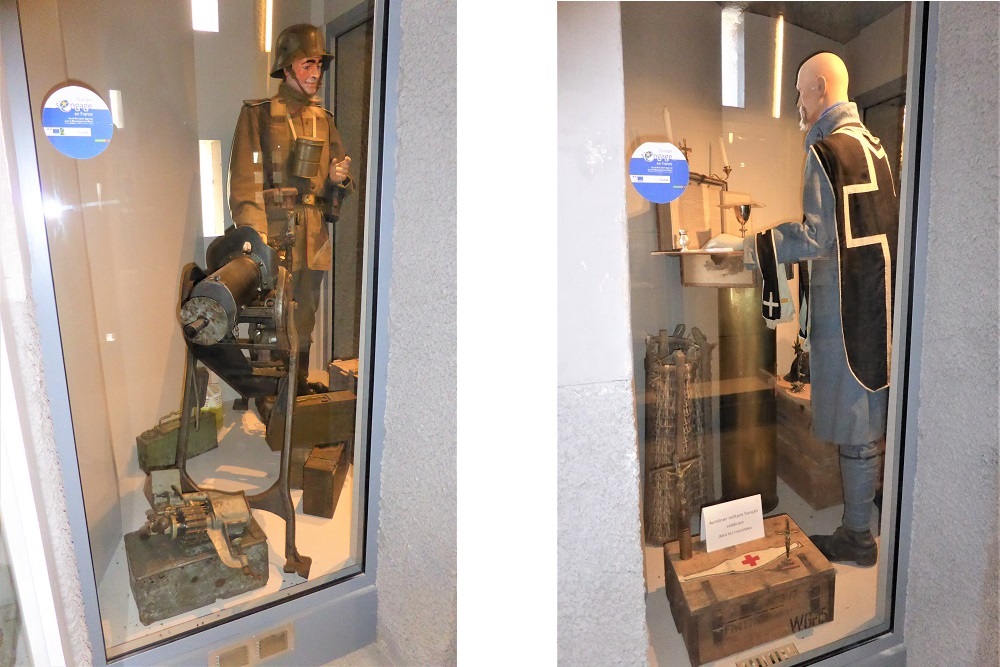 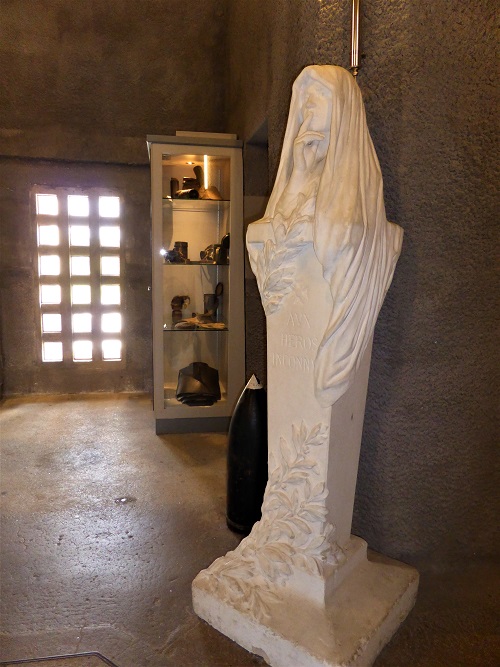 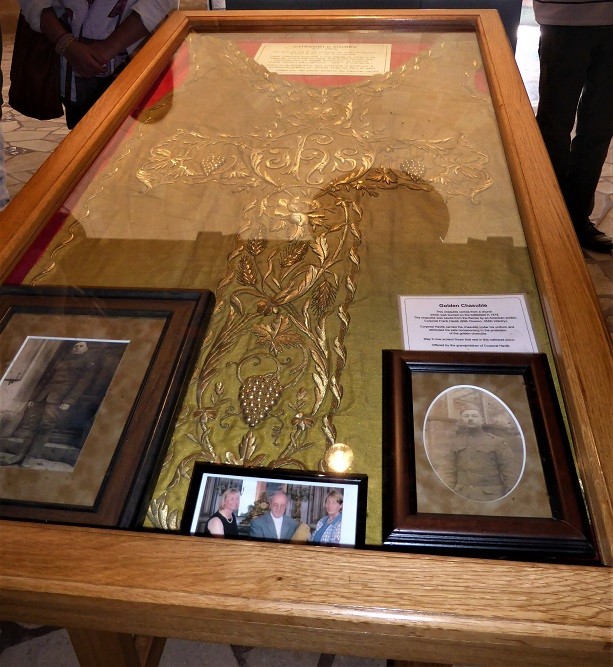 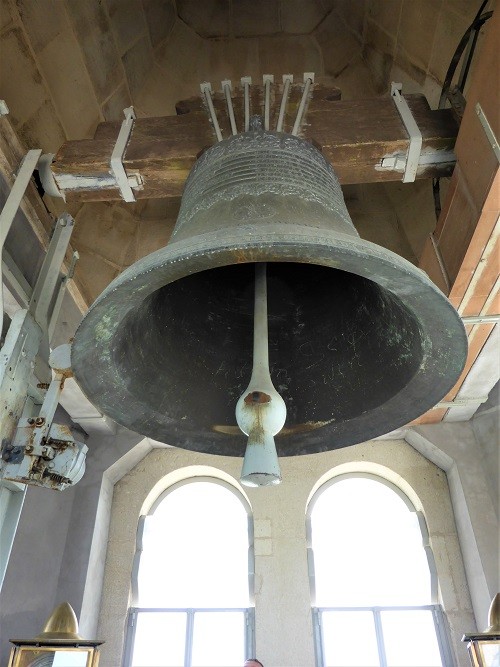 The tower of the Ossuary, also known as "The Lantern of Death", is 46 m high and offers a nice view over the battlefield. This was donated by the Americans and, together with the chapel, is one of the oldest parts of the monument.
Louise Anne Charlotte, the bell of victory, was donated by the American Mrs. Thorburn Van Buren. She was cast in Orléans and is honored in every procession through the towns in the vicinity of Douaumont. Inaugurated in 1929 by the founder of the Ossuary, Monsignor Ginisty, the bell rings three times a day and during grand ceremonies to remind everyone of the fate of the fallen soldiers.

A small museum has been set up in the tower.
Halfway through the climb, you will see the equipment behind glass and some scenes that highlight the soldiers, including some objects from that time.
In a display case lies a golden chasuble rescued from a burning church by an American soldier, Corporal Frank Havlik (89th Division, 355th Infantry) on the battlefield in 1918.
He tucked the chasuble under his uniform and was able to rescue it from the flames and bring it to safety. His grandchildren donated it to the ossuary.

There is a white statue of a woman with a headscarf with the text "To unknown heroes"
There is also a bronze sculpture, bust of a soldier with helmet on skull
"Image of the war".
It is a work by Henry Charles de Pouvreau Baldy, born in Alger in 1891. He spent two years at the front in 1914-1918.