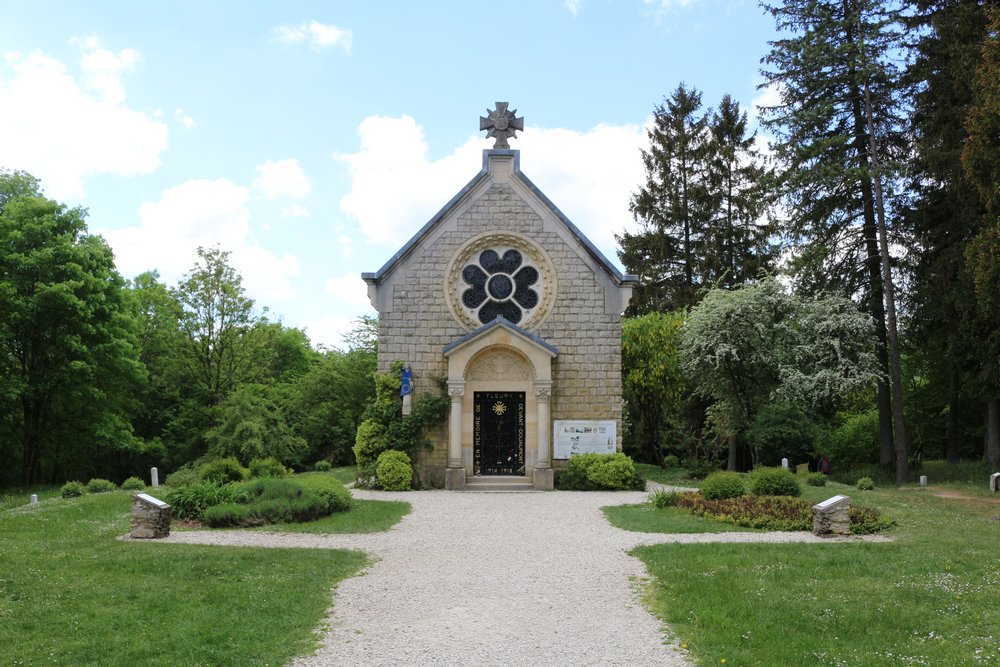 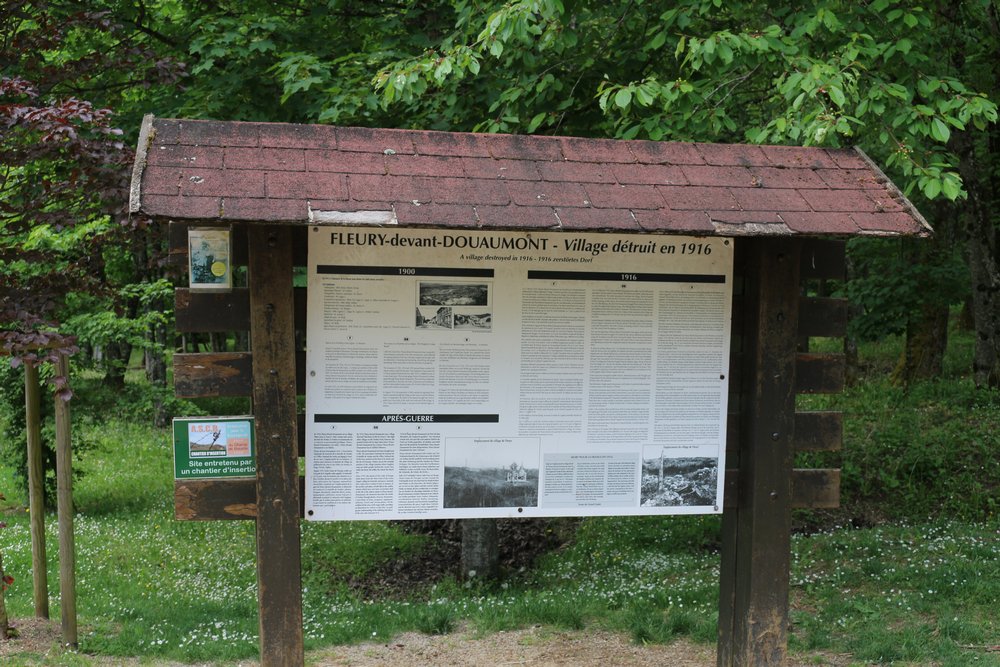 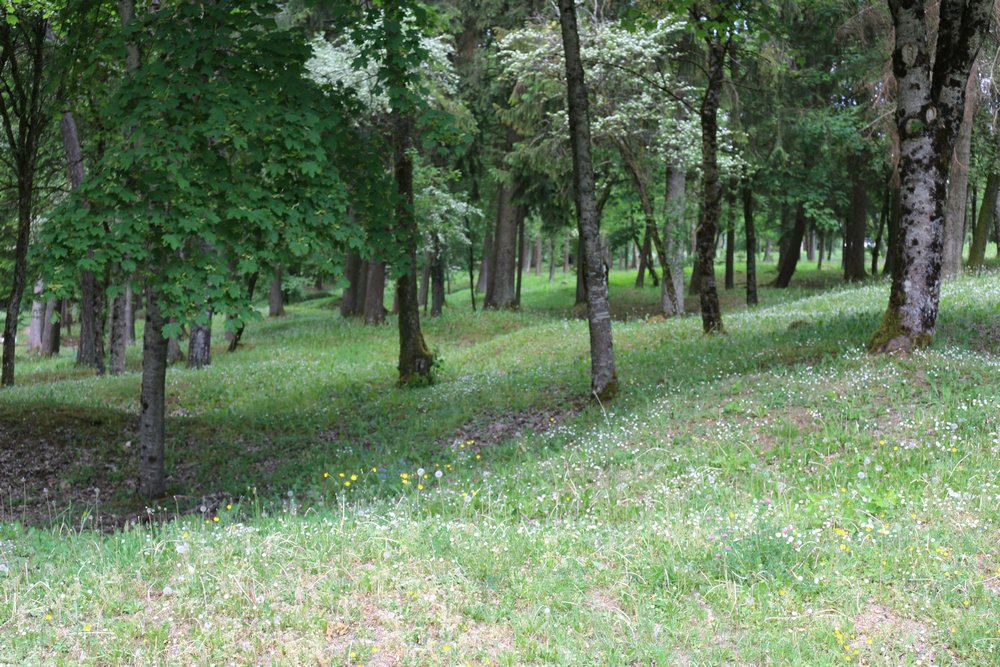 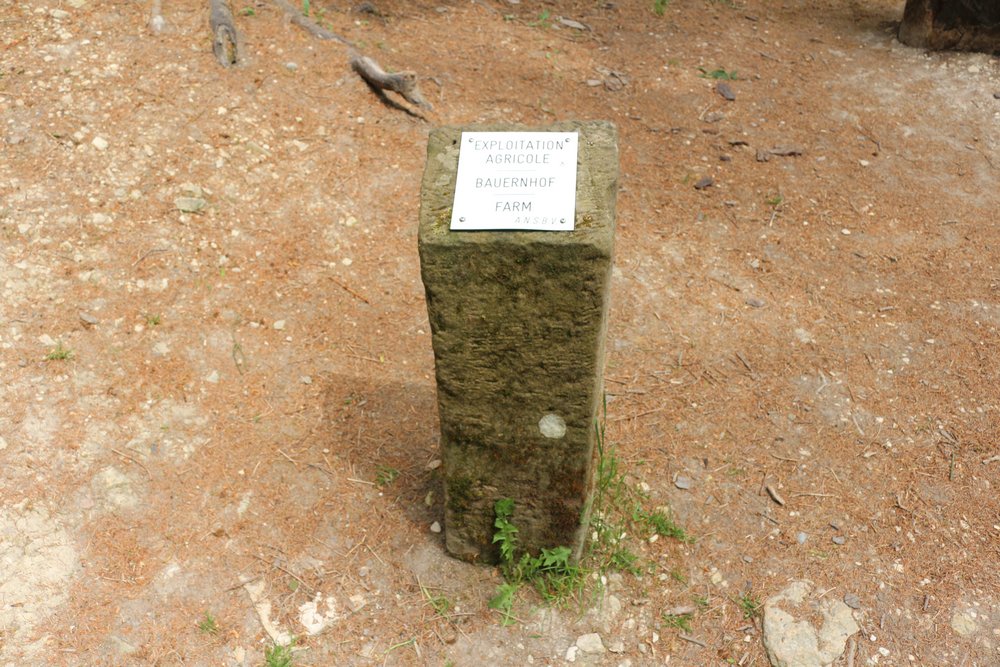 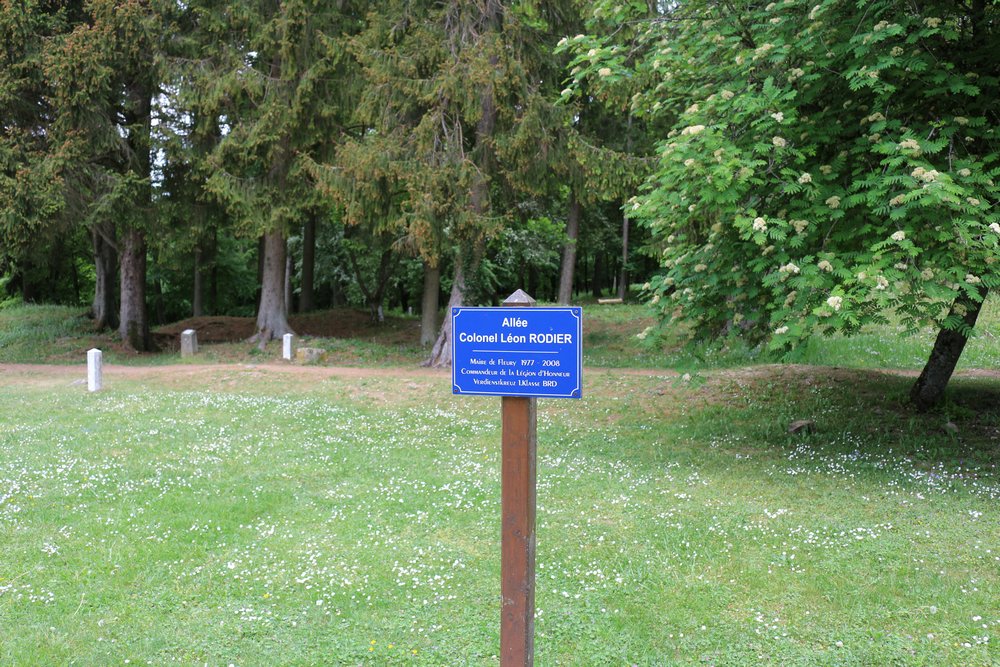 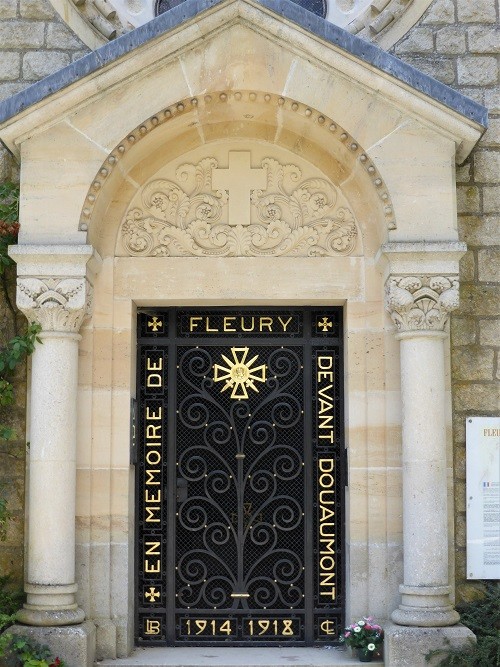 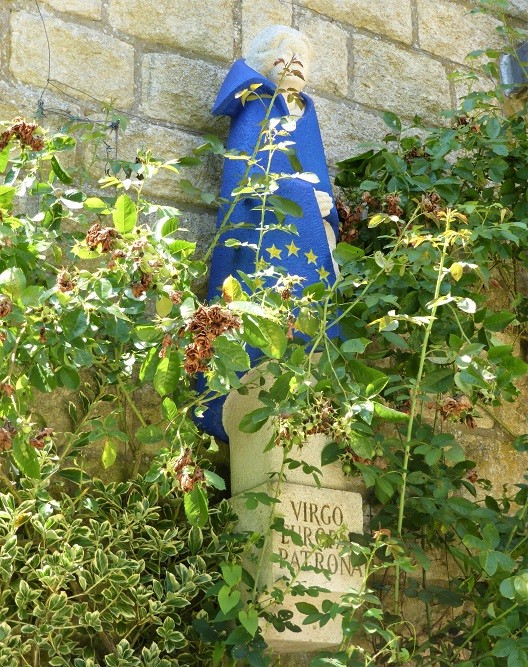 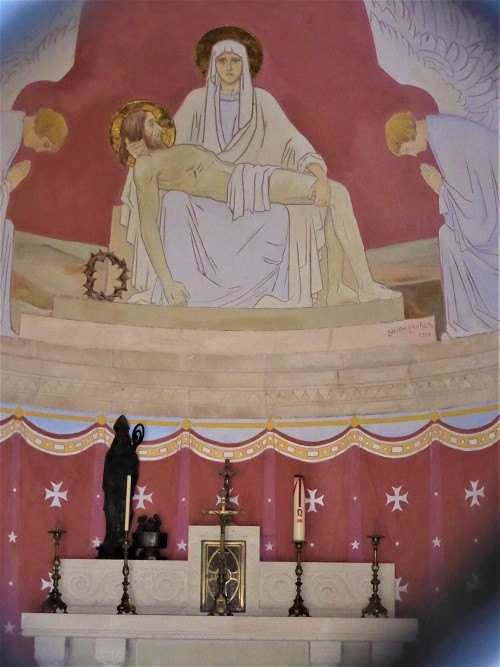 Until the Great War, Fleury-devant-Douaumont lived a peaceful life.

In August 1914, the 400 inhabitants saw the regiments of Verdun marching in the plain of the Wovre. In September the Battle of the Marne took place, the front was a few kilometers from the village. Fleury was then part of the fortified region of Verdun.
On February 21, 1916, the village was awakened by the pre-German bombing.
In the months that followed, it was right on the front line. The forts of Douaumont and Vaux were taken. The agony of Fleury-devant-Douaumont began in the weeks from June to August 1916 when the attacker launched his last and furious offensive on the Froideterre-Souville front.

The village completely disappeared under the relentless shelling of French and German shells and has never been rebuilt. It is now a memorial: "A village died for France".

There is a chapel with to the left on the facade (since 1979) a white stone statue with blue hooded cloak of Our Lady of Europe. She calls for brotherhood and peace.
On the plinth is the text:

The chapel is closed but the interior is still visible. In front of an altar is a commemorative plaque:

"Tribute to 48 officers, 1,633 NCOs, corporals and soldiers of the 39th R.I. who sacrificed themselves here on 23.6.1916 for the defense of Fleury-devant-Douaumont.

Above the altar is a beautiful fresco of a Pieta, flanked by two kneeling angels, a work of art by Lucien Lantier from 1934. 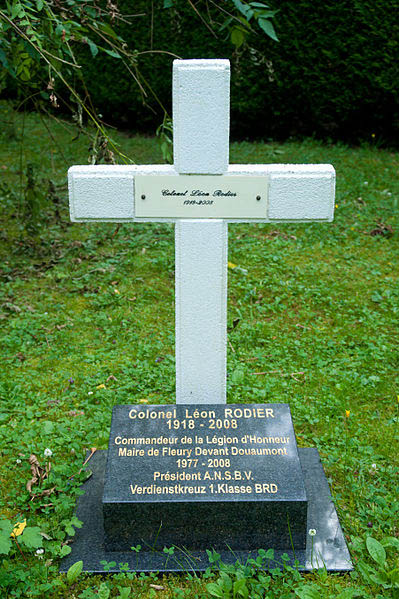 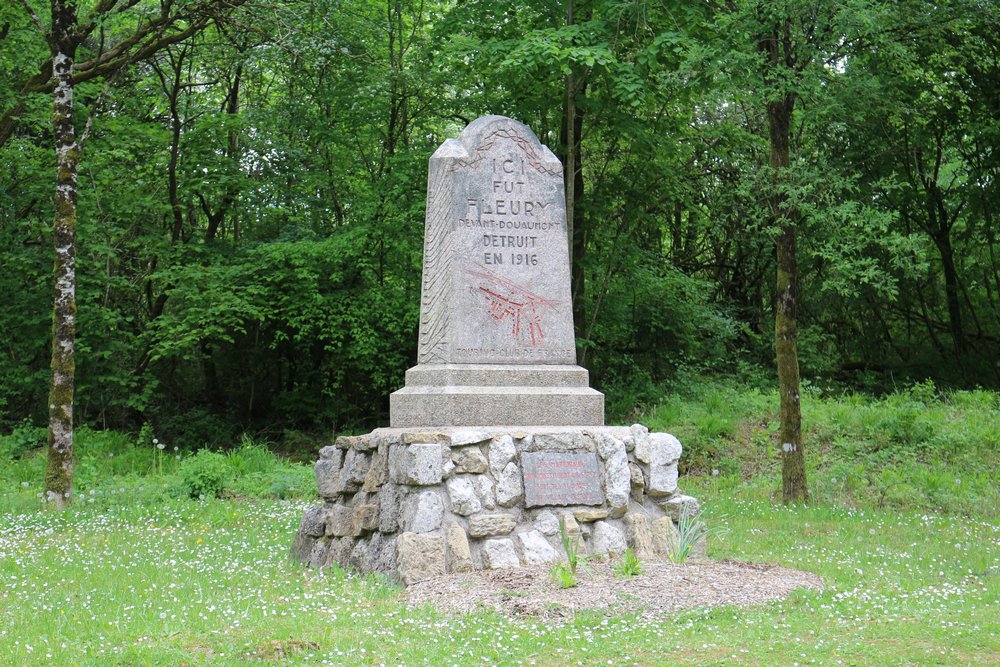