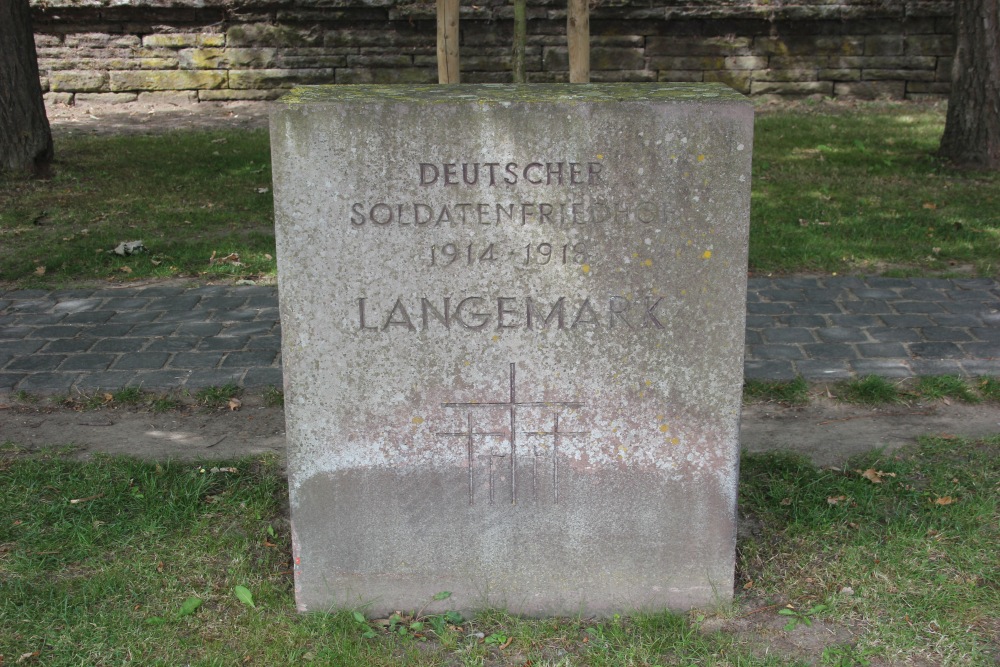 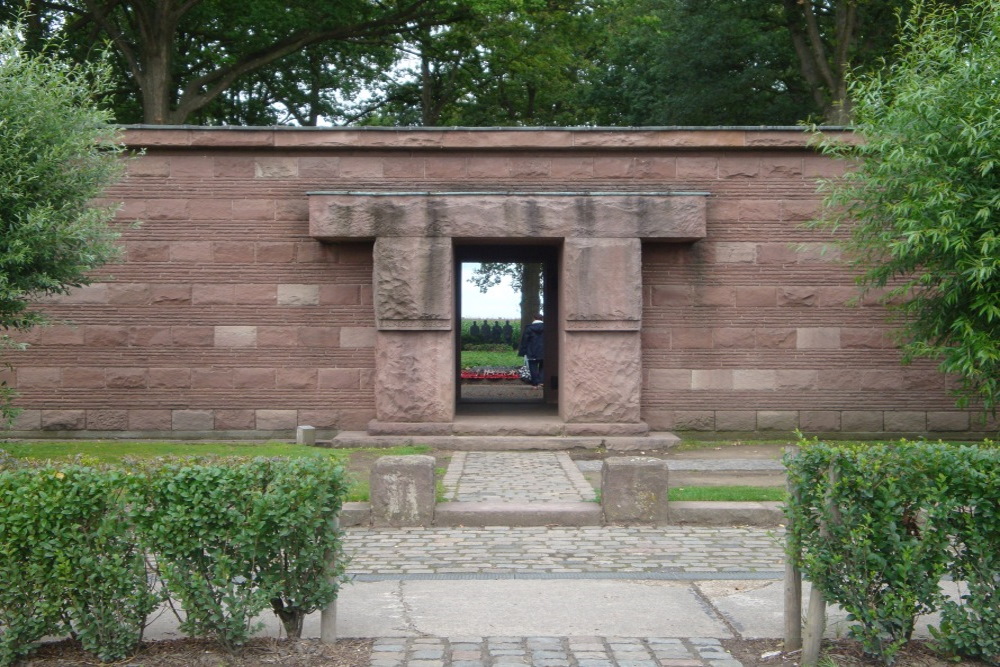 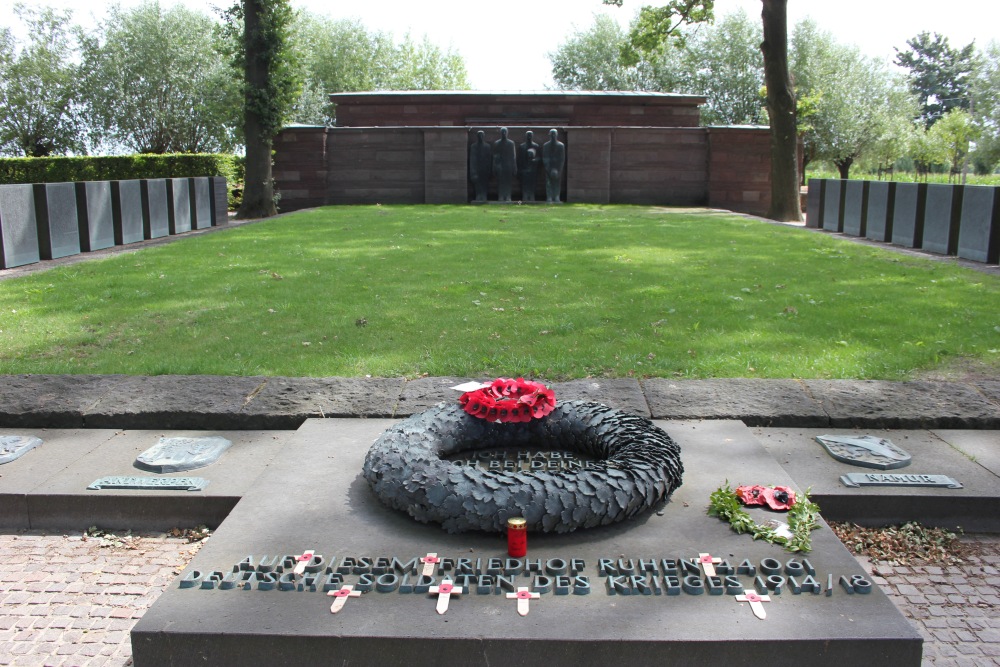 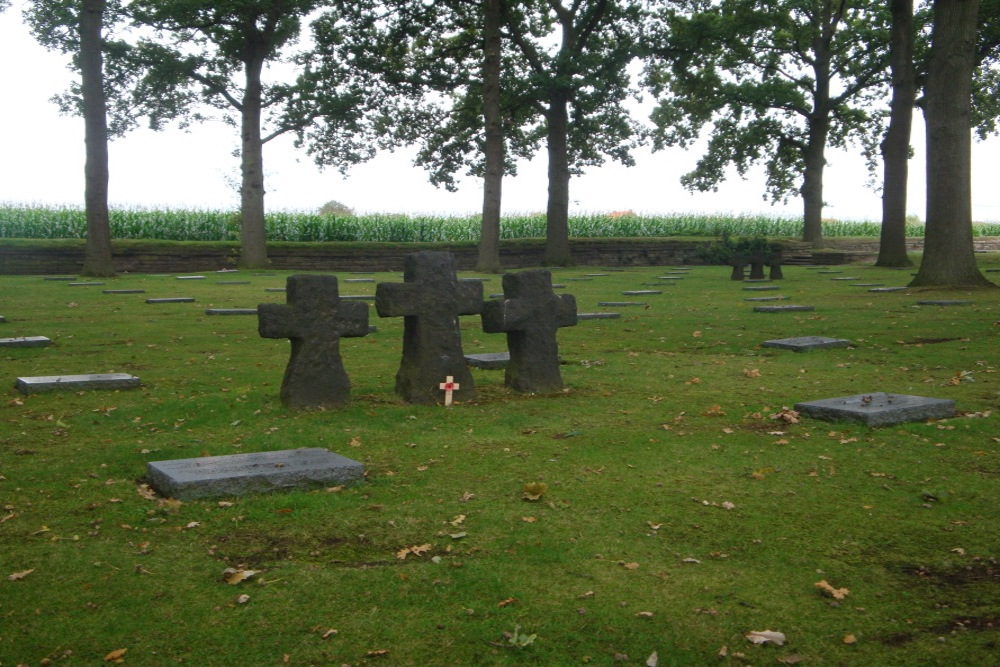 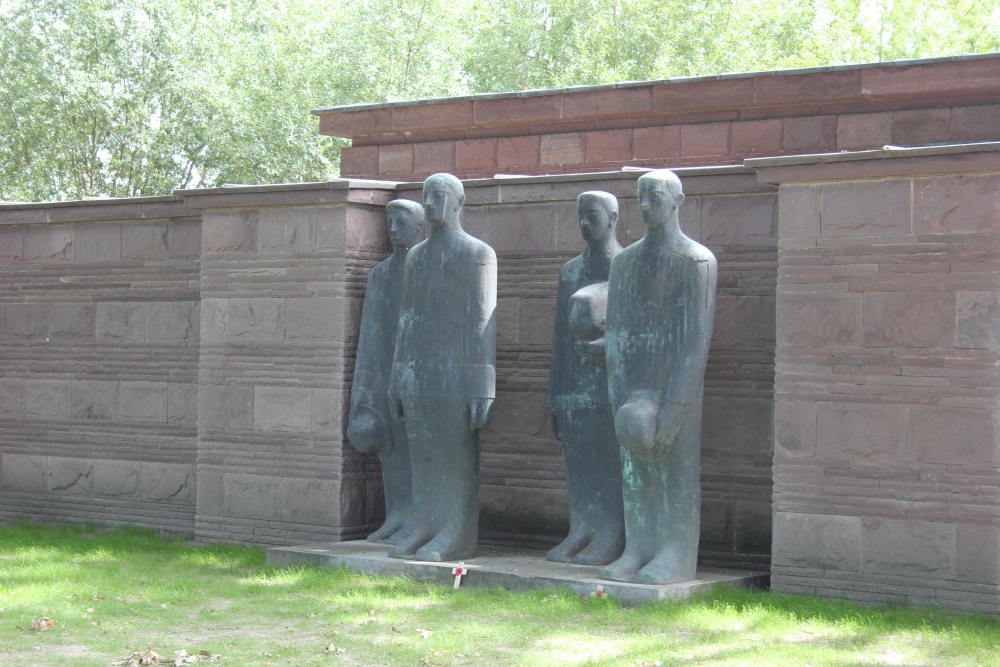 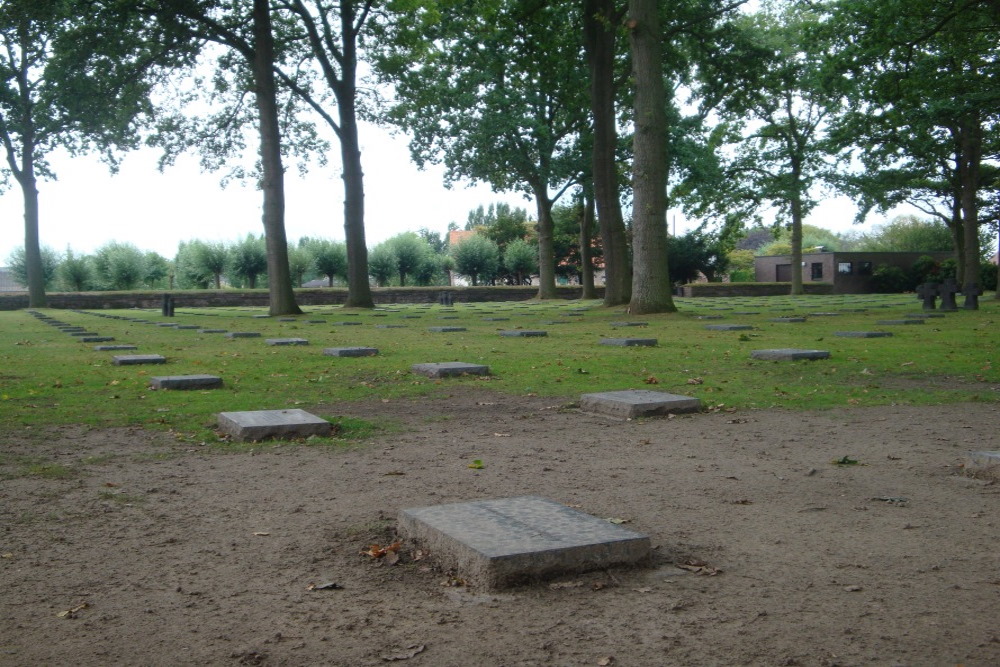 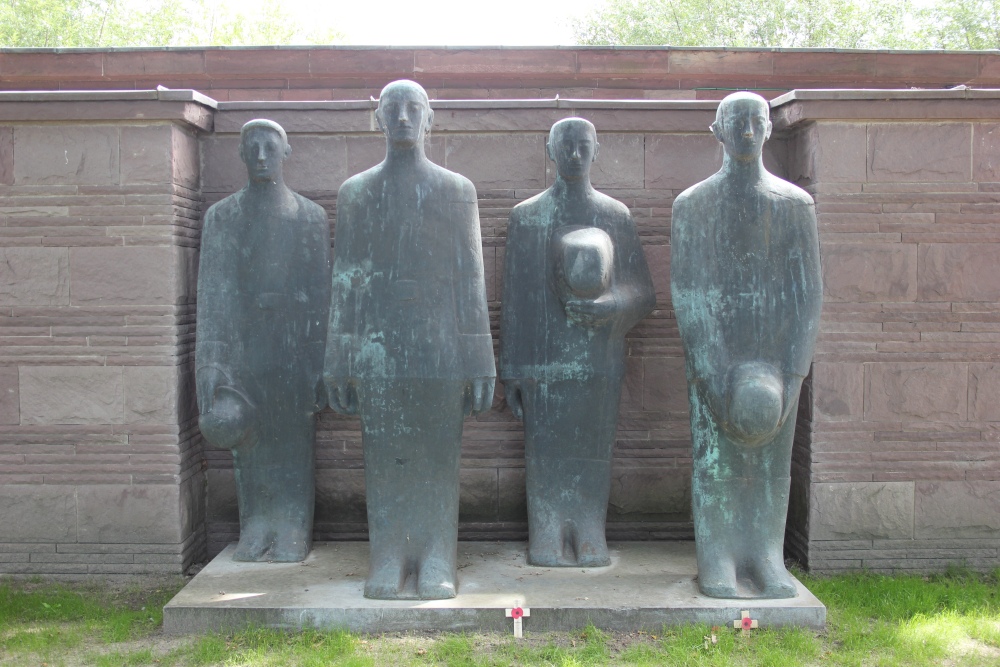 After World War II it was decided to merge almost all German war graves from the First World War in West Flanders together in four major cemeteries: Hooglede, Vladslo, Langemarck and Menen.

Sculpture group at the German War Cemetery of Langemark
This statue is made by Emil Krieger and is inspired by a photograph of four soldiers from Reserve Infanterie-Regiment 238 at the funeral of a comrade in 1918. The soldier second from right in the photograph was killed in action two days later.