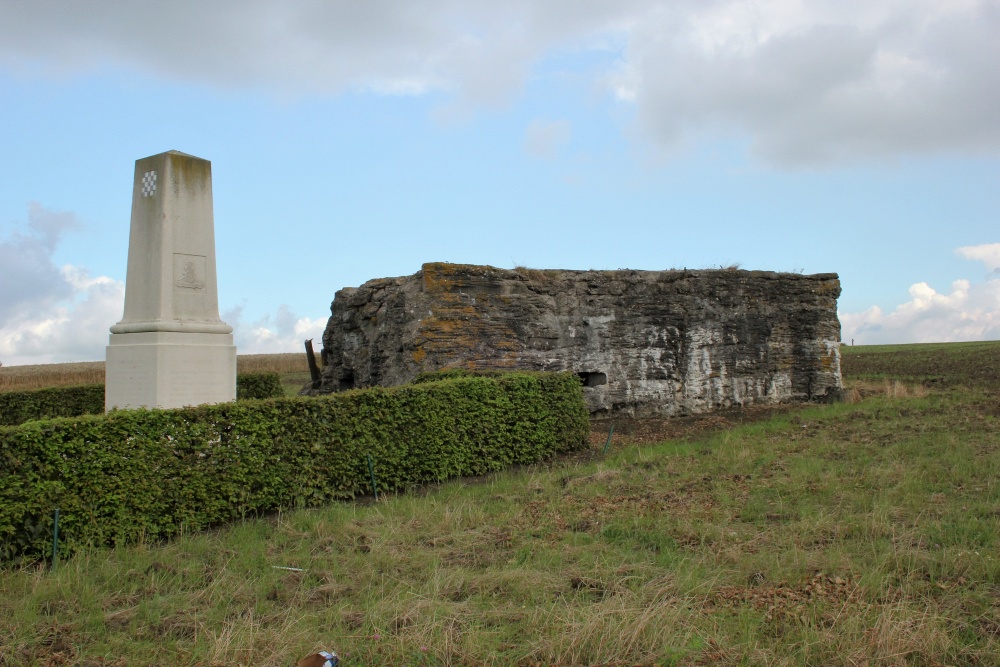 This German MG-bunker was built in World War I. In August en September 1917, there was fierce fighting for this bunker. Later on, it was used by the British as Advanced Dressing Station.