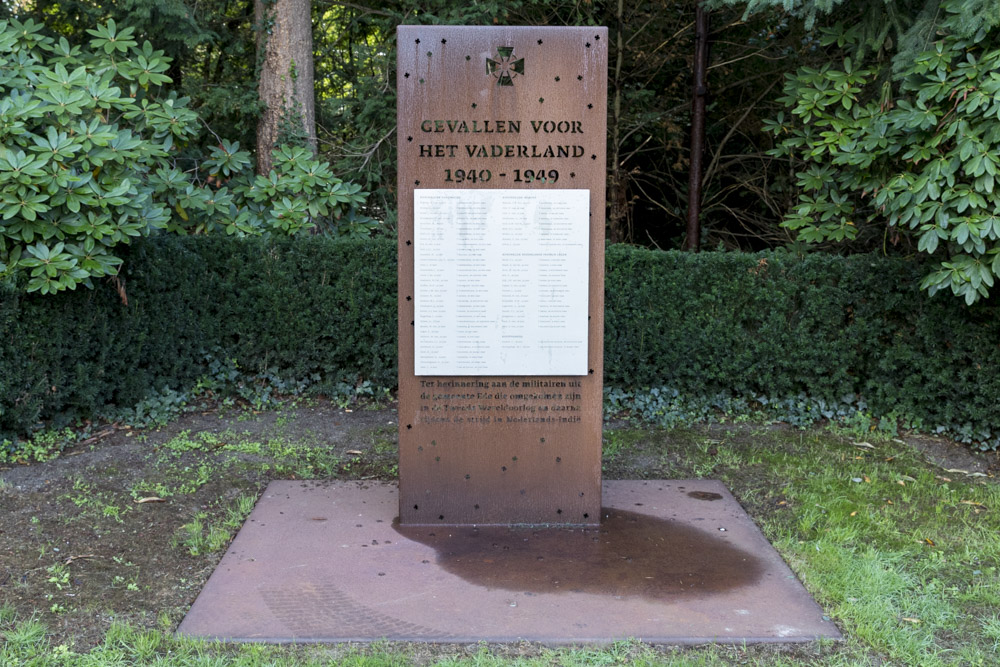 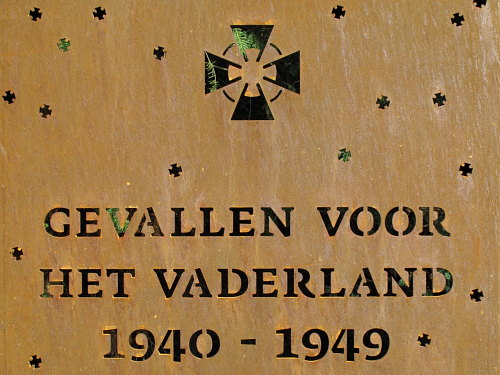 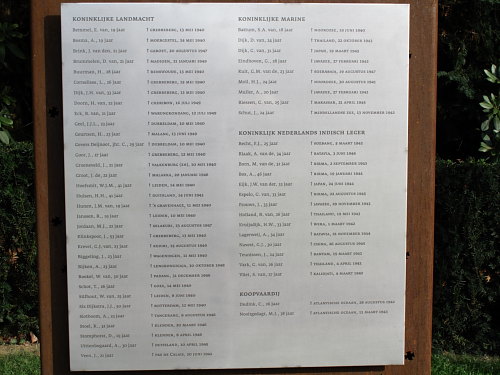 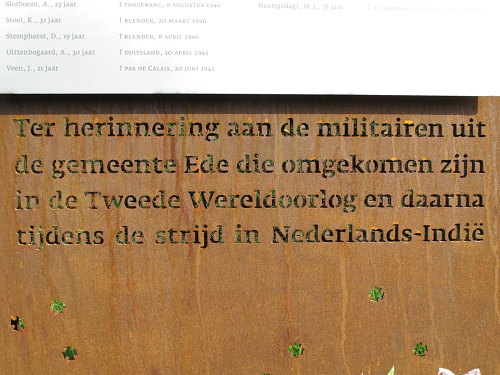 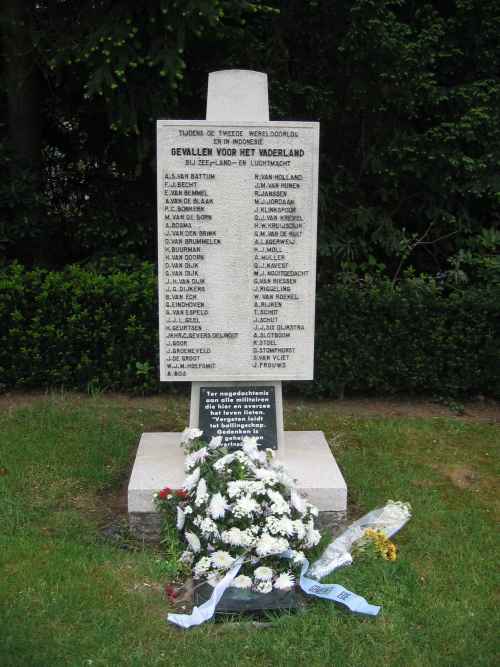 In commemoration of the servicemen from the municipality of Ede who were killed during the Second World War and later in the fight in the Dutch East-Indies.

43 men were killed during World War Two and 15 in the Dutch East Indies.

The memorial was unveiled on the 15th of August 2013. It replaces the previous memorial.