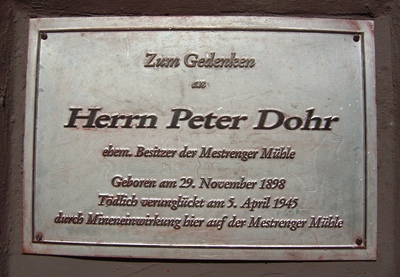 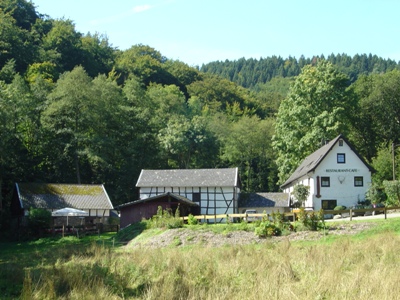 Next to the entrance of the Mestrenger Mühle (Mill) is a plaque which commemorates Peter Dohr.

During the Battle of the Huertgen Forest, he was the owner of the water-mill. He left , together with his family, the area on 18 October 1944 because of the battle.

Shortly before the end of the Second World War, he returned together with his wife. Near the mill he became deadly injured because of a mine. Until his death, his wife stayed with him. It took two weeks before his body could be recovered.