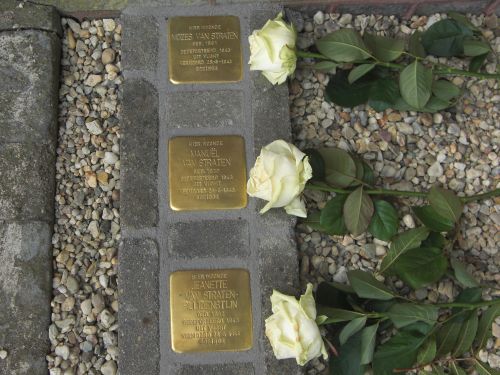 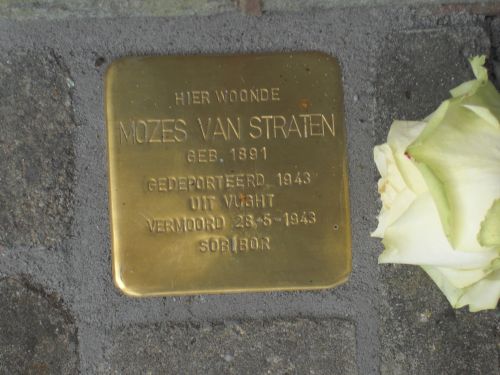 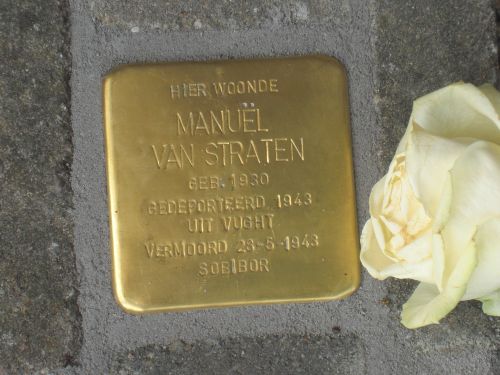 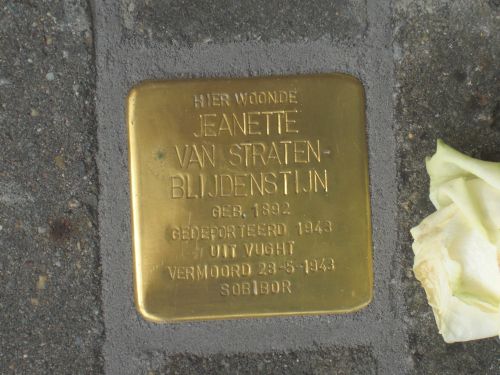 This memorial stones (so called Stolpersteine or stumbling blocks) commemorates:

All three were deported in 1943 from concentration camp Vught and subsequently killed on May 28,1943 in death camp Sobibor in Poland.

On this address the family lived and it was also the location of the butcher's shop of Mozes van Straten and his older brother Bernard Salomon van Straten. On the front of the building an inscription of this is still visible. The family of Bernard was also deported and killed in Sobibor.