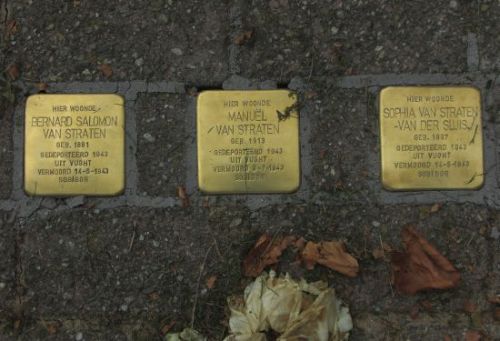 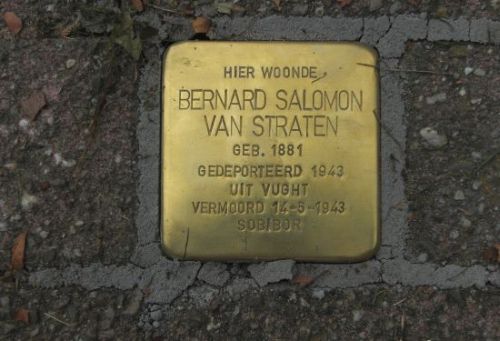 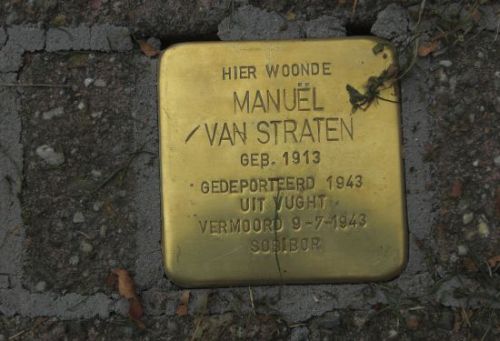 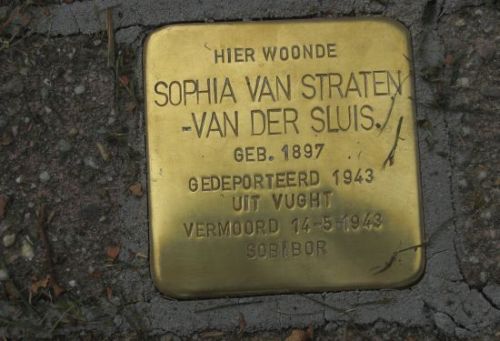 This memorial stones (so called Stolpersteine or stumbling blocks) commemorates:

All three were deported in 1943 from concentration camp Vught and subsequently killed o in death camp Sobibor in Poland. May 14, 1943 and Bernards son Manuël on 9 June, 1943.

Bernard Salomon van Straten was together with his younger brother Mozes van Straten the owner of the further ahead located butchers shop, where Mozes lived with his family. This family was also deported and killed in Sobibor.