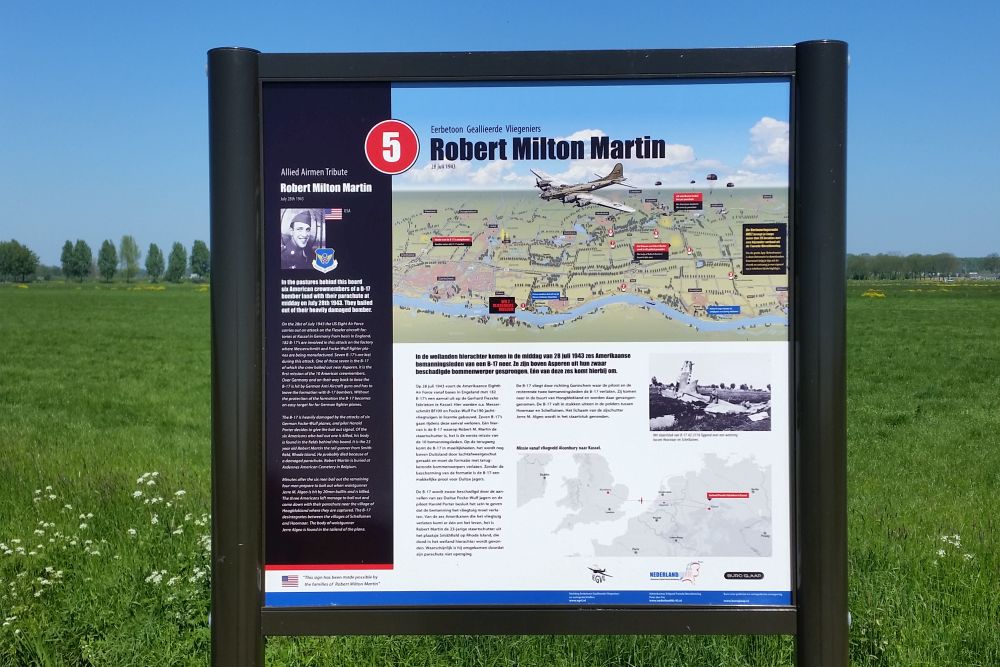 Close to this location, on 28 July, 1943, died the American Robert Milton Martin after he jumped out of his B-17 bomber and his parachute did not deploy. While returning from Germany the plane, B-17 42-3116, was taken under attack by German fighters above the Netherlands and heavily damaged. The plane crashed in the polder between Gorinchem and Hoogblokland, whereby the left waist gunner died. The other eight crew members survived their parachute jump and spend the rest of the war in different German POW camps. Martin was buried on the cemetery of Rotterdam Crooswijk and was reburied at the American cemetery at Neupré in Belgium.

This information board is part of the WW2-route across the Lingewaal municipality. This route starts at the WW2 & Aviators Museum Rivierenland at the Vuren Fortress and contains six locations where allied aircraft crashed down or made an emergency landing.