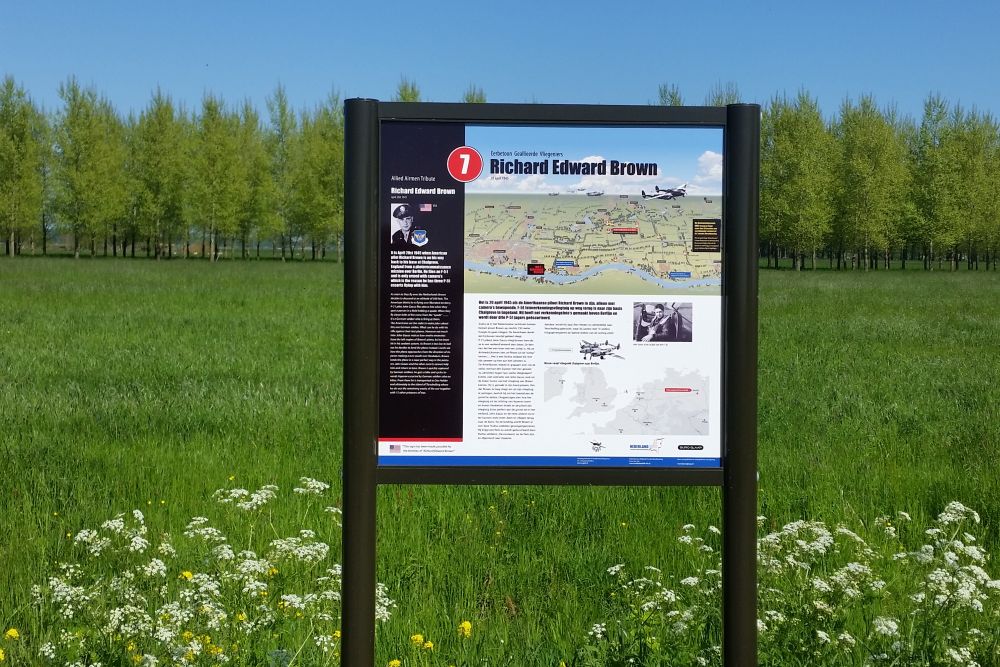 On 20 April, 1945 the P-38 F-5E 44-23709 of the American Richard Edward (Dick) of the 22nd photo reconnaissance squadron van de Eighth Air Force crashed here. His plane, which flew on a low altitude, was hit by gun fire from a German. He made an emergency landing and was taken prisoner on the ground. He was taken to Terschelling, where he was released as a POW on Mai 6, 1945.

This information board is part of the WW2-route across the Lingewaal municipality. This route starts at the WW2 & Aviators Museum Rivierenland at the Vuren Fortress and contains six locations where allied aircraft crashed down or made an emergency landing.