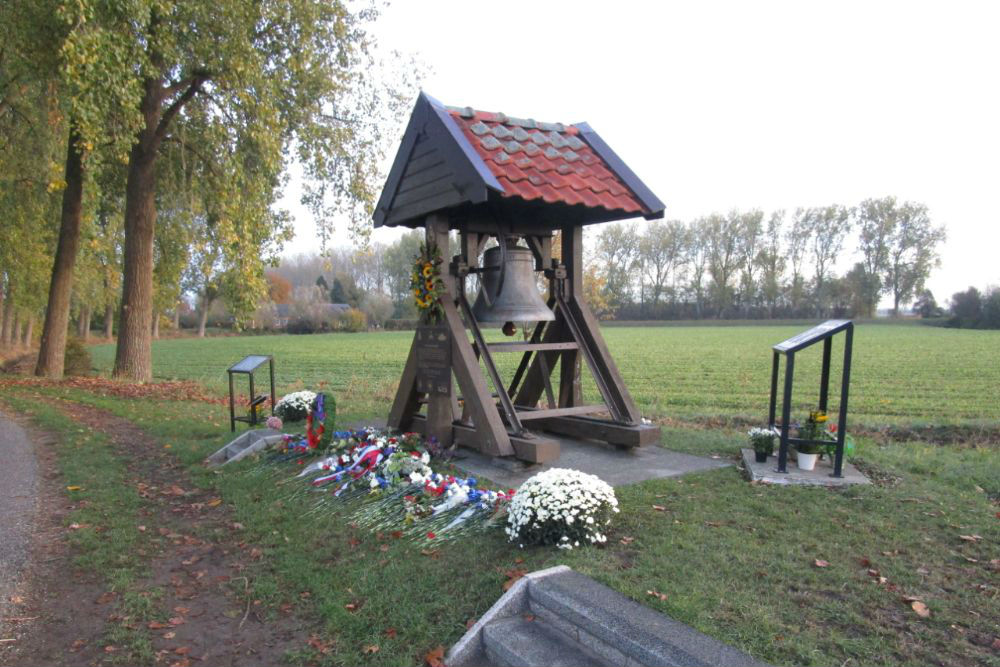 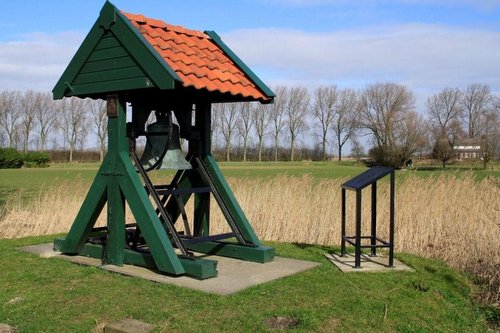 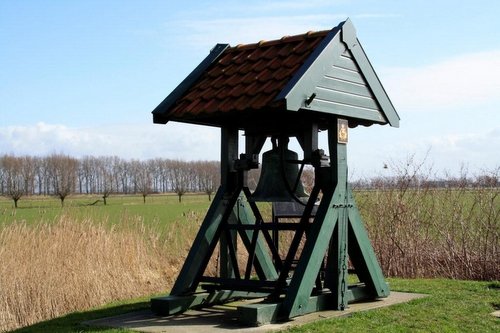 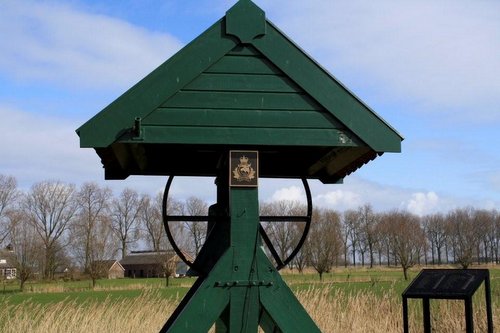 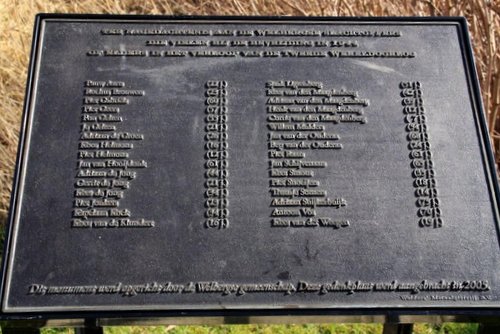 This memorial consists of a bell in a bell cage and memorizes the residents of Welberg that were victimized by acts of war.
In May 2005 a bronze shield of the Canadian Algonquin Regiment has been added to the monuments front side. It can be distinguished on the third picture, immediately below the roof of the belfry.
On October 30th, 2005, a plaque with the names of the civilian victims has been revealed.
This plaque has been placed next to the monument.

The text on the plaque can be translated as follows:
In memory of Welbergs victims that fell during
the liberation in 1944
or otherwise in the course of the
Second World War.

Followed by the 32 names of the war victims.

The text low on the plaque can be translated as follows:
This monument has been erected by the community of Welberg.
This plaque has been mounted in 2005. 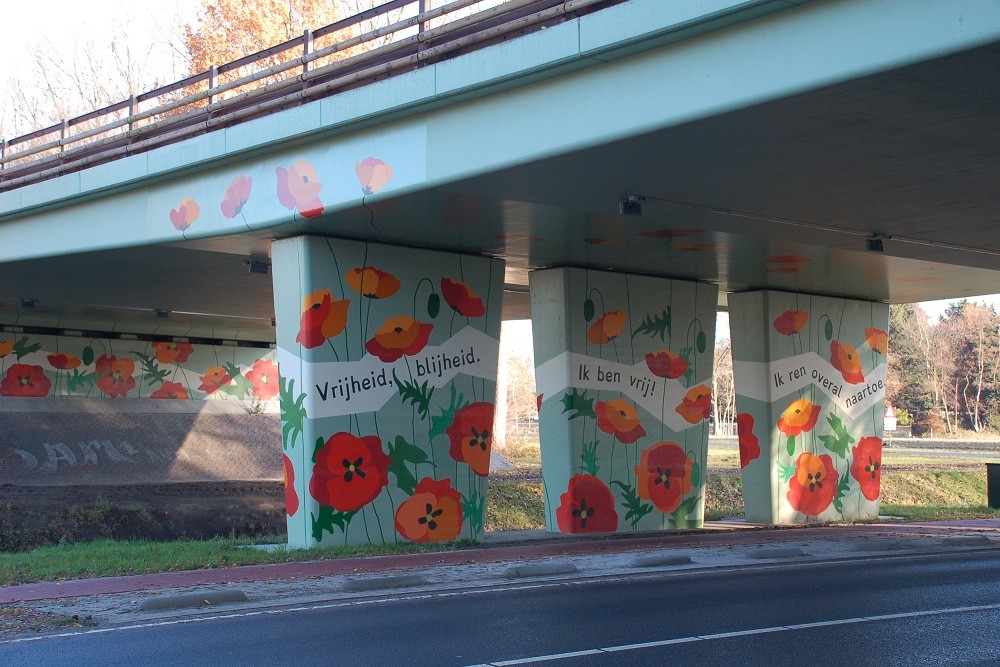