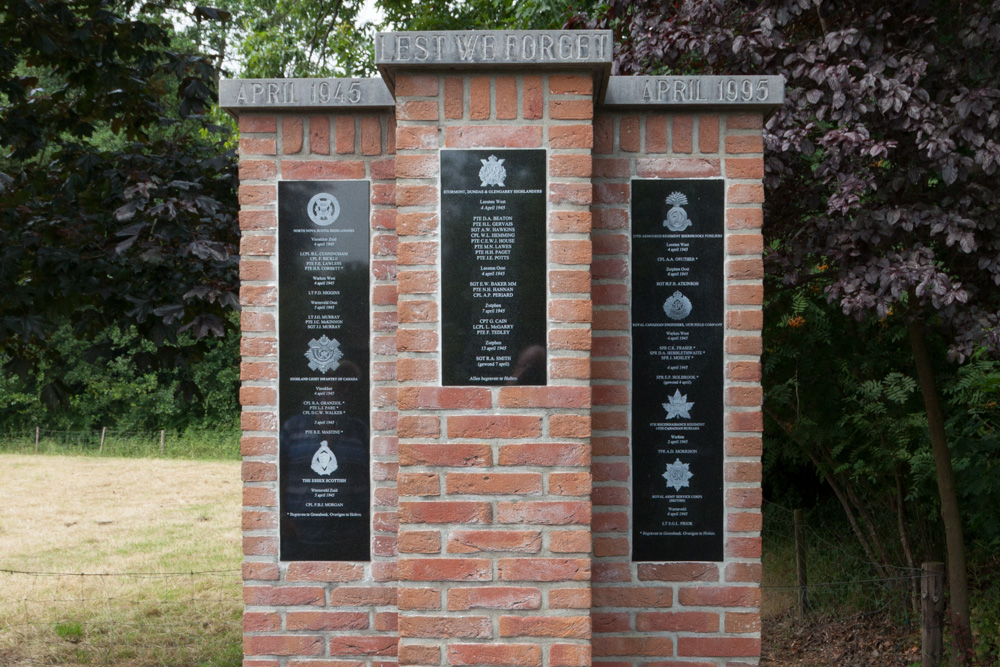 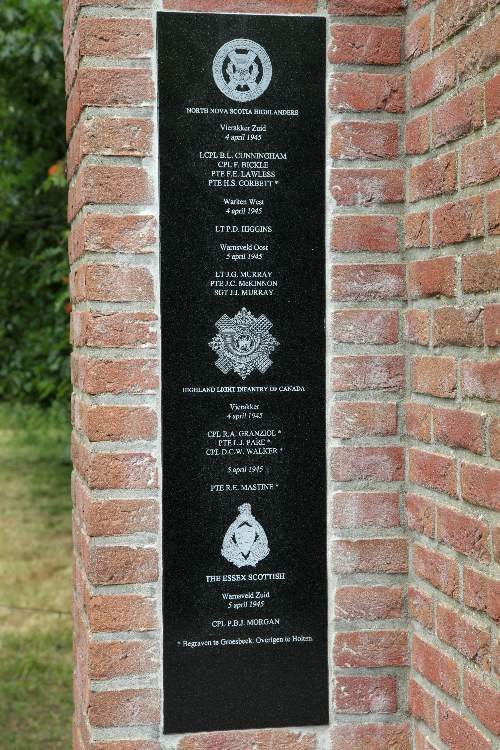 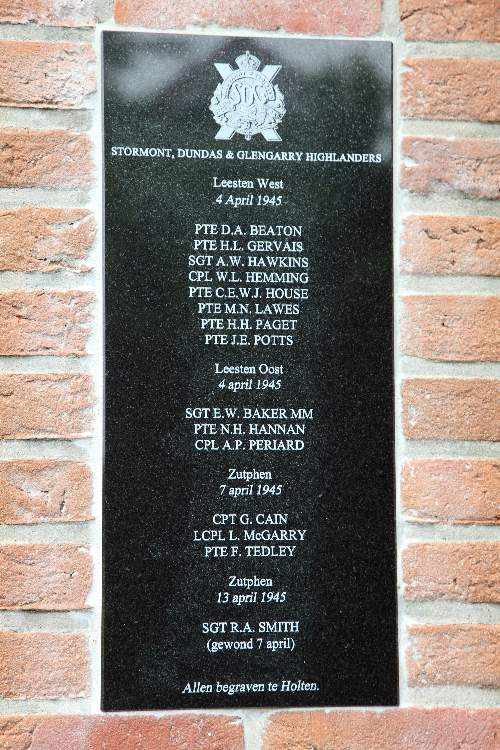 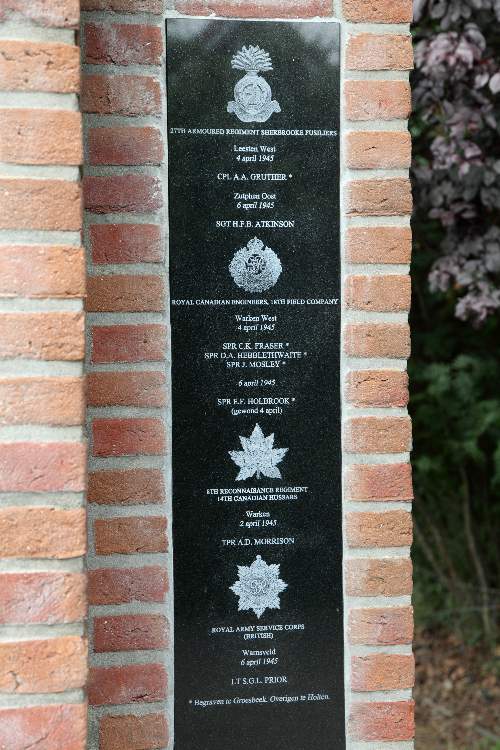 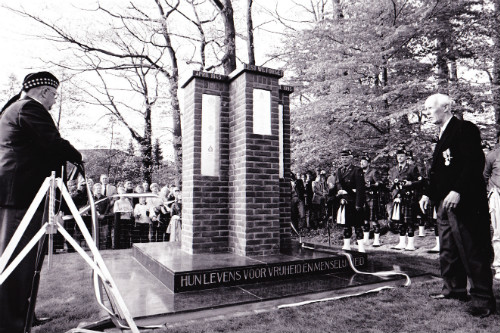 At the top of the memorial is the following text:
APRIL 1945 LEST WE FORGET APRIL 1995

There are three memorial plaques with the names of the units that were involved in the liberation of Warnsveld and surrounding area and of the soldiers who were killed here.

At the bottom of the memorial is the text:
THEIR LIVES FOR FREEDOM AND HUMANITY

History monument
The monument on Kerkhofweg was realized at the request of Frank Periard and Henk Dijkman, who visited Warnsveld from Canada in 1994 to see where Frank's brother, Aimé Periard, died on April 4, 1945.
Henk Dijkman, the 11-year-old son of "Meester" Dijkman, head of the Leesten School, experienced the liberation of the Second World War in Leesten. Emigrated to Canada, where he worked as a minister, he contacted veterans at the request of his mother.

He came to Warnsveld in the spring of 1994 with Frank Periard. There a silent tour was held, in accordance with the route taken by the Canadians in 1945 from the Hekkelerdijk to the Masters House. On the Loër Enk a short commemoration was held on the spot where Aimé died. Employees of Museum Het Groot Graffel had placed a small white cross there.

Afterwards, they visited the mayor of Warnsveld, where Frank Periard made $ 100 available as the first gift for a plaque that would bear his brother's name. Although it was already known at that time that three Canadians had died on the Loër Enk, further investigation, both in Canada and here at the honorary cemeteries, showed that the number of victims was many times greater. The mayor of Warnsveld set up a committee that was instructed to provide a memorial on which the names of all Canadians killed here could be stated.

The ceremony took place on May 1, 1995, in bright weather, in the presence of about 1,000 people, including hundreds of veterans and their relatives from Canada. In November 1995, a small deputy from Canada offered a bench of Canadian maple leaf wood as a thank you and out of friendship. On May 3, 1996, the bench placed near the monument was officially unveiled; again in the presence of a large delegation of Canadians.