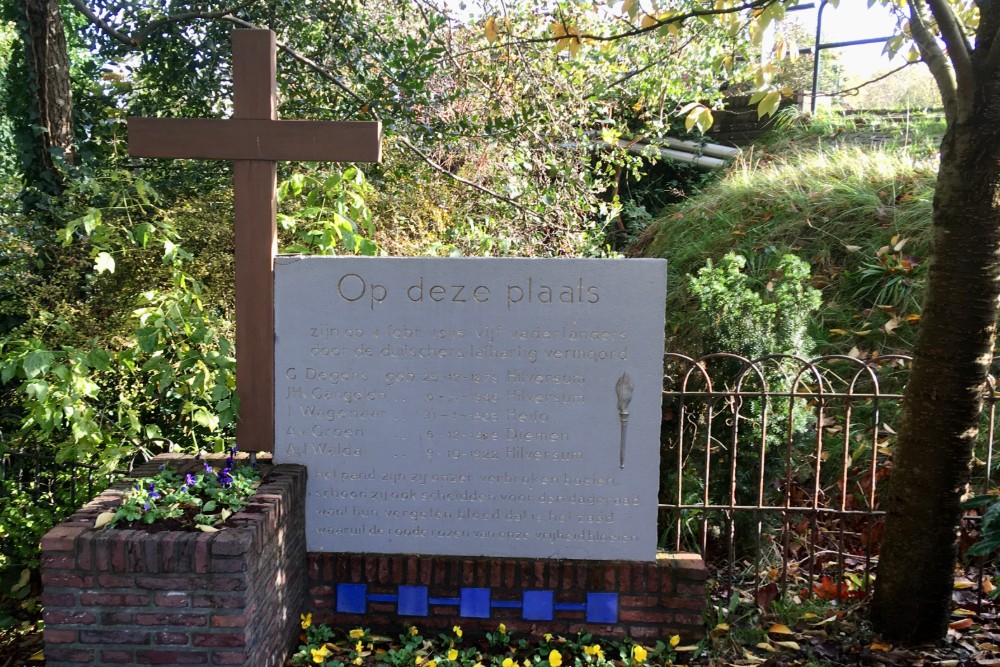 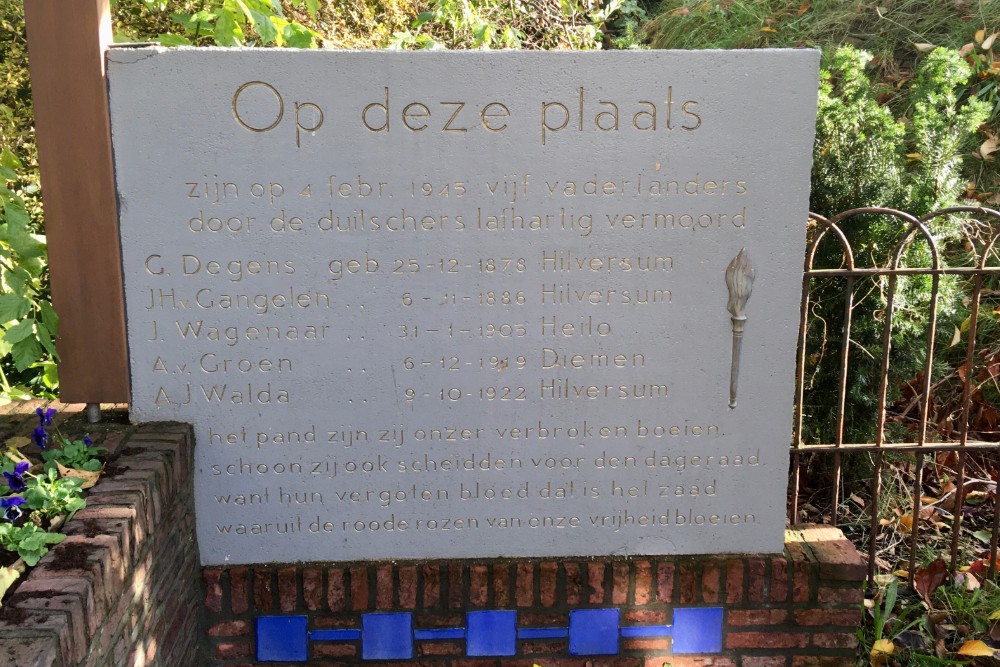 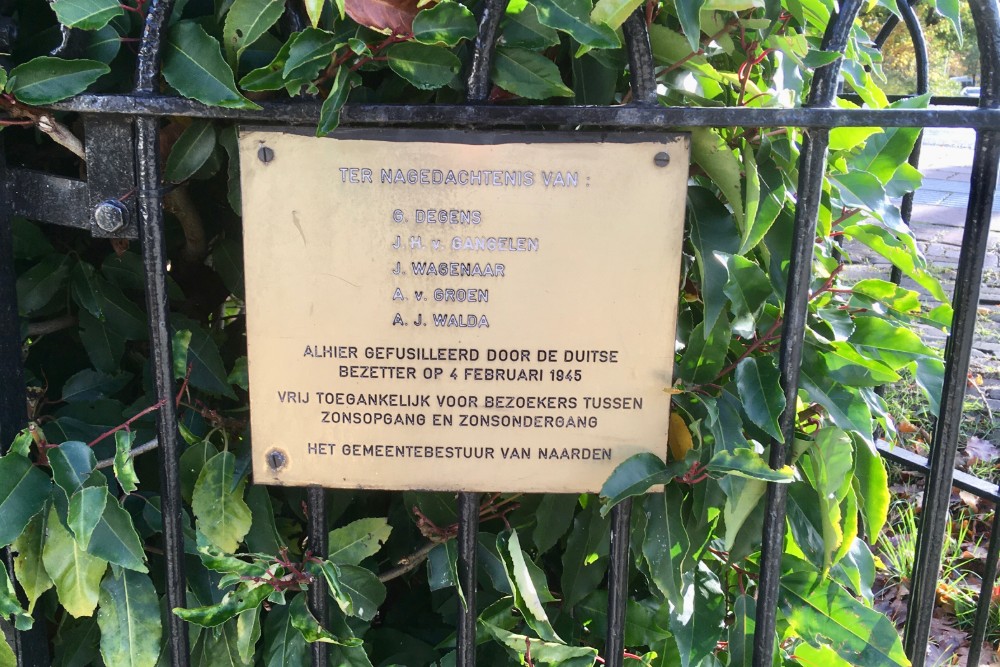 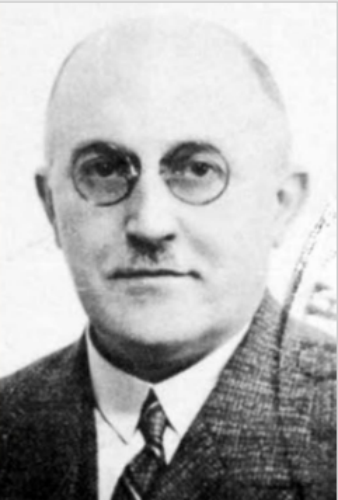 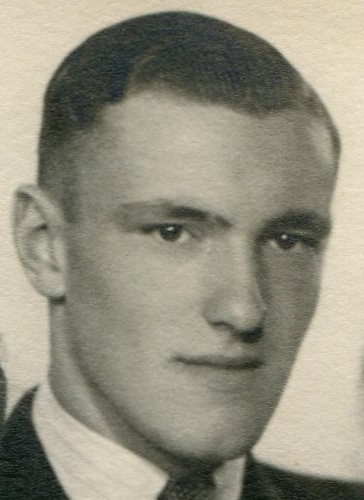 On 5 february 1945, five people were executed by the Germans on this location.

The war memorial on the Thierensweg
You may be familiar with the war memorial that is hidden at the bottom of the bridge on Thierensweg in Naarden. In memory of five men, who were executed there in cold blood on February 4, 1945. For Naarden it is still the place where the 4th of May commemoration begins. The monument tells the story of how an accident could determine life and death in wartime.

On January 31, 1945, a young man was cycling near Thierensweg when he was stopped by a German soldier with a rifle. Various stories are circulating about what happened then. The soldier would have wanted to rob the boy of his bicycle
or have threatened to send him to a labor camp. What is certain is that the boy took his rifle from the soldier. The German soldier was wounded, but was not, as the story goes, dead.

In the summer of 1944, Hitler had issued the 'Niedermachungsbefehl'. The Sicherheitspolizei was thus allowed to decide for itself which resistance fighters, who were imprisoned as 'Todeskandidaten' until an opportunity presented itself, were put in reprisal before the firing squad.

On February 4, 1945, five men were taken from their cells at the Weteringschans in Amsterdam: the death of the German soldier in Naarden had to be avenged.

The oldest prisoner, Gerard Degens, was the 66-year-old former inspector of the State Railways in the Dutch East Indies. He had helped Jewish and non-Jewish people in hiding in all kinds of ways. Together with the nine years younger merchant / optician Jan van Gangelen, Degens was also involved in passing on information to England and in the production and distribution of the illegal magazine 'Het Laatste Nieuws'. The 40-year-old Jaap Wagenaar, owner of a flower bulb company in Heiloo, had distributed ration cards, provided shelter to people in hiding, carried out espionage services and provided weapons and ammunition. He was betrayed by one of his people in hiding and broke a leg trying to escape.
Albert van Groen, 25 years old, was a carpenter and also a member of the resistance, as was 22-year-old Arie Jan Walda, underguard of the Amsterdam State Police.

On the 4th of February, Degens, Van Gangelen, Van Groen and Walda were transported to Naarden in a cattle car, Wagenaar by ambulance because of his broken leg.
Untersturmführer Johann Friedrich Stöver led the firing squad led by Willy Lages, notorious head of the SD (Sicherheitsdienst) Amsterdam. An hour later, a hearse from the Amsterdam firm Bleekemolen, specialized in the burial of the executed, came to remove the bodies.
A drama for the next of kin. But the young man too will have struggled with it for the rest of his life.
In 1946, this monument was erected in memory of these cowardly murders.