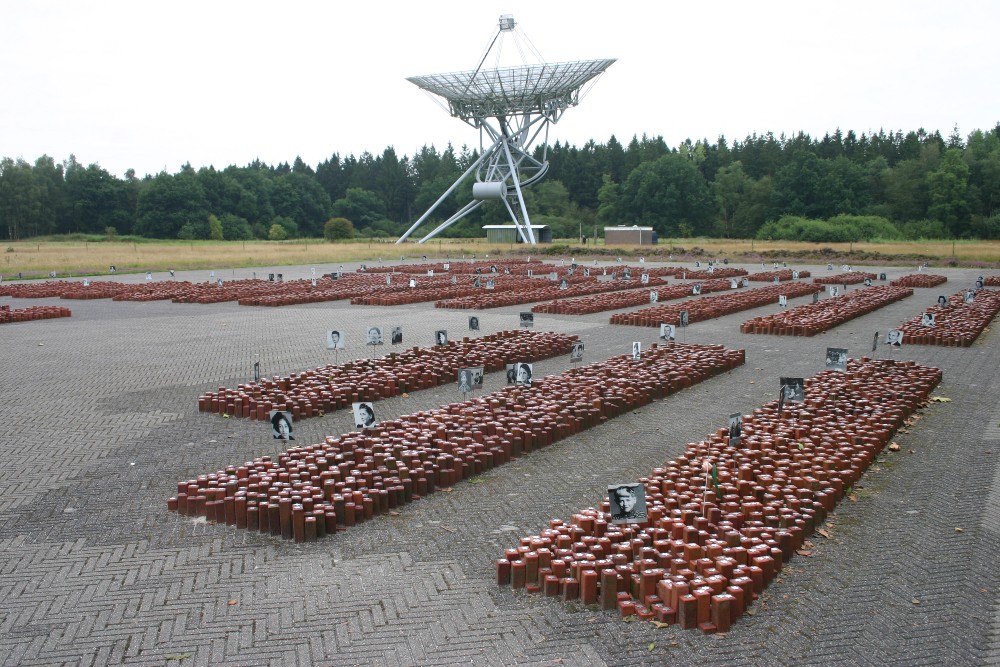 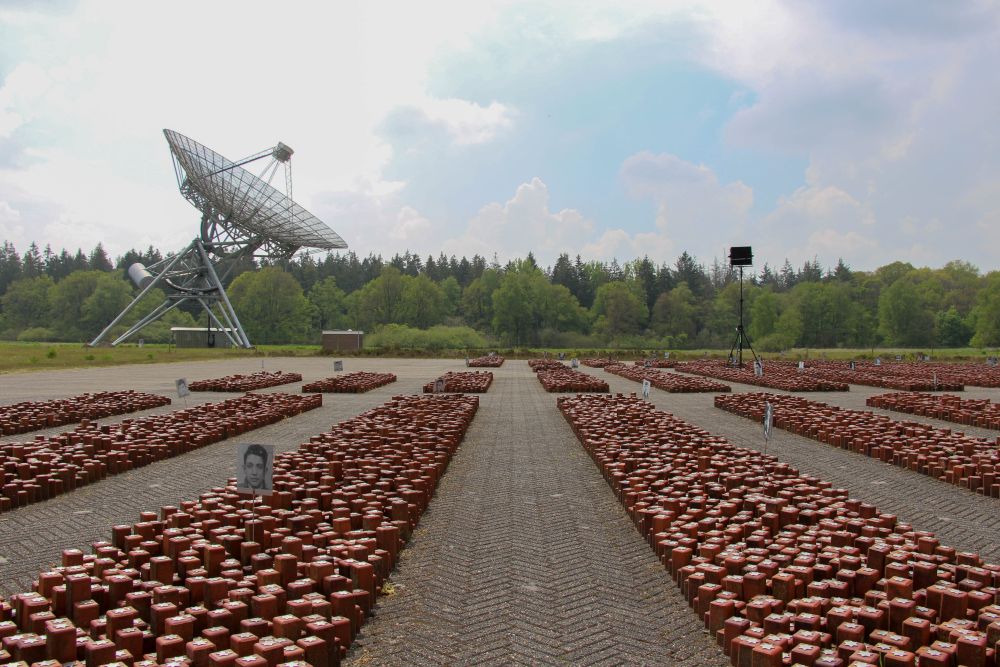 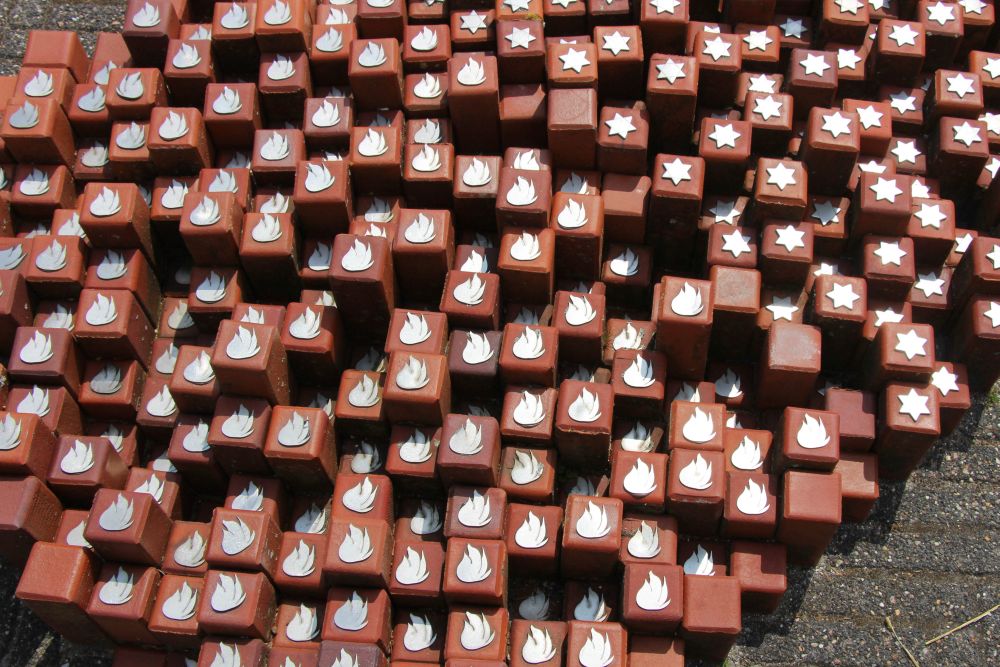 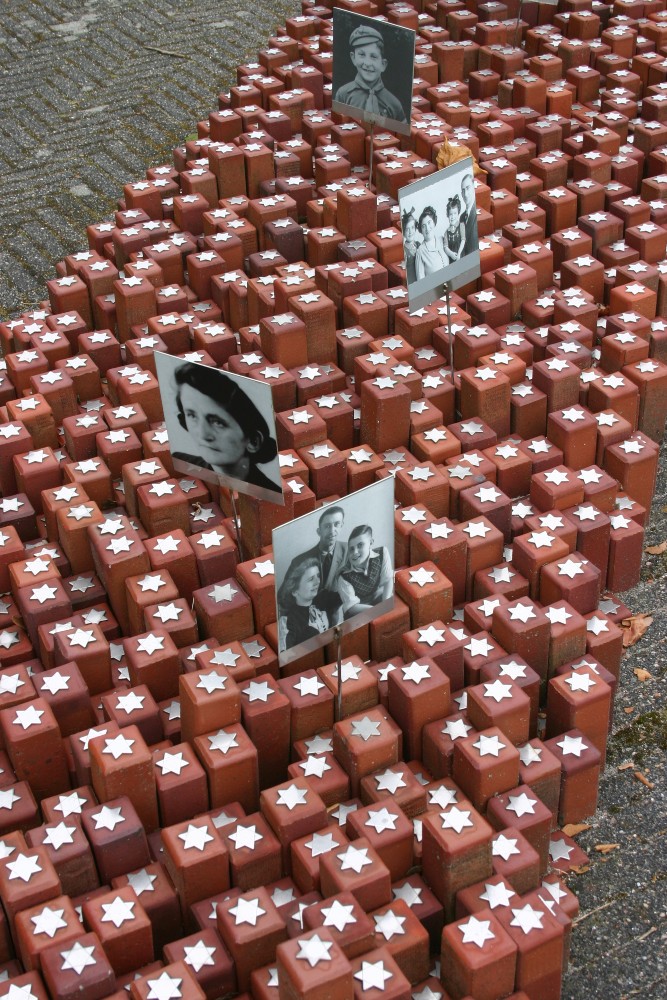 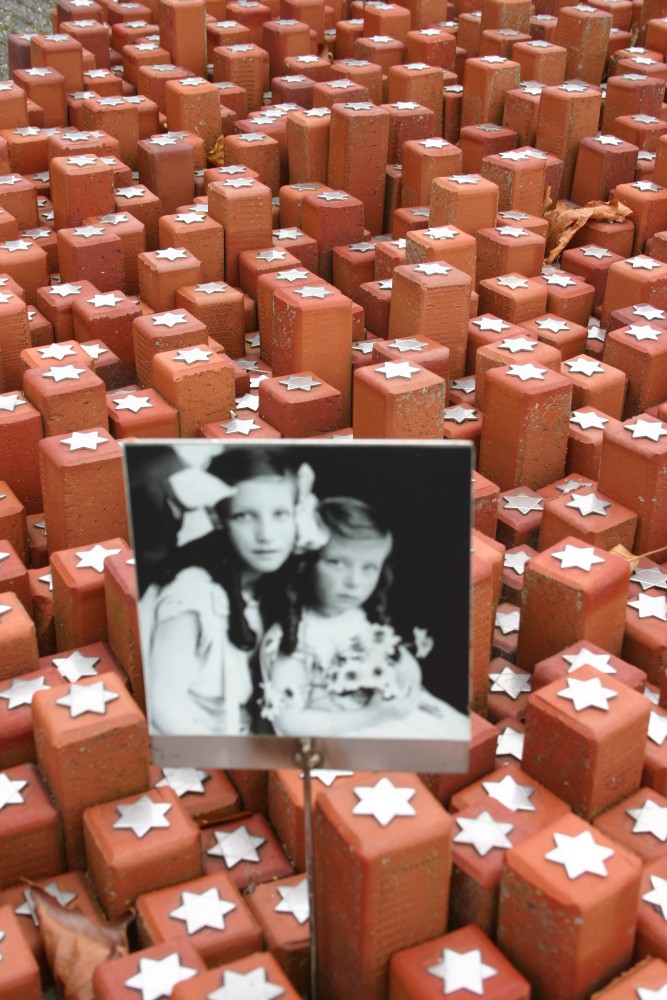 A monument was erected in 1992 on the apple site of the former transit camp that pays tribute to the 102,000 people from the Netherlands who were murdered by the Nazi regime. The monument consists of stones and each stone represents a victim.

Most of the stones have a star of David above, in memory of the Jewish victims. 213 stones have a flame instead of a star and symbolize the murdered Sinti and Roma. A few dozen stones have no symbol, which commemorates the resistance fighters who were imprisoned in camp Westerbork and who, like the Jews, Sinti and Roma, were taken away to never return. Together, the stones form the map of the Netherlands.