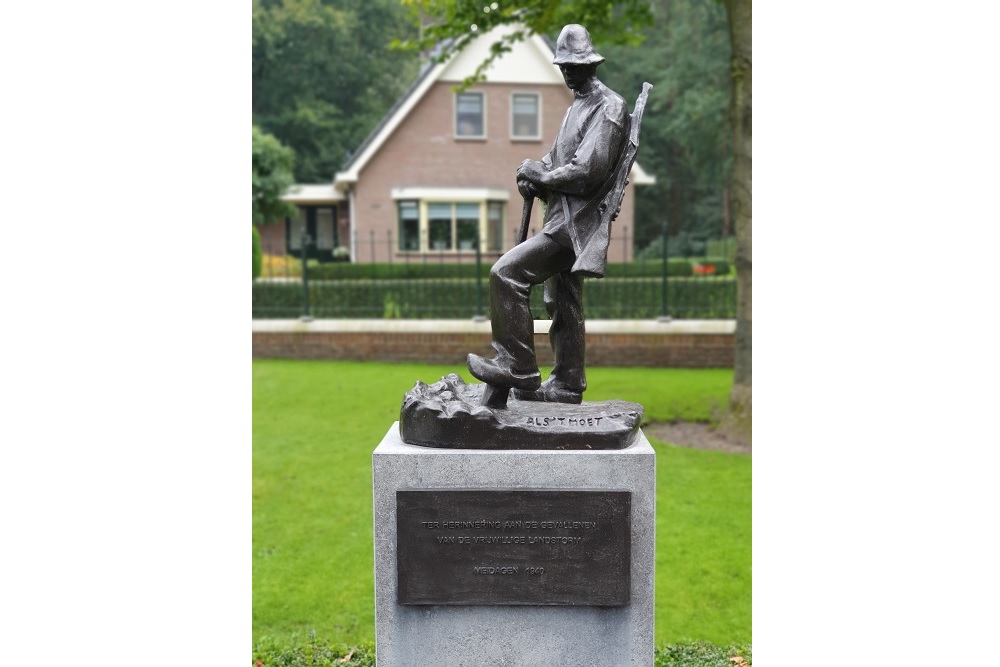 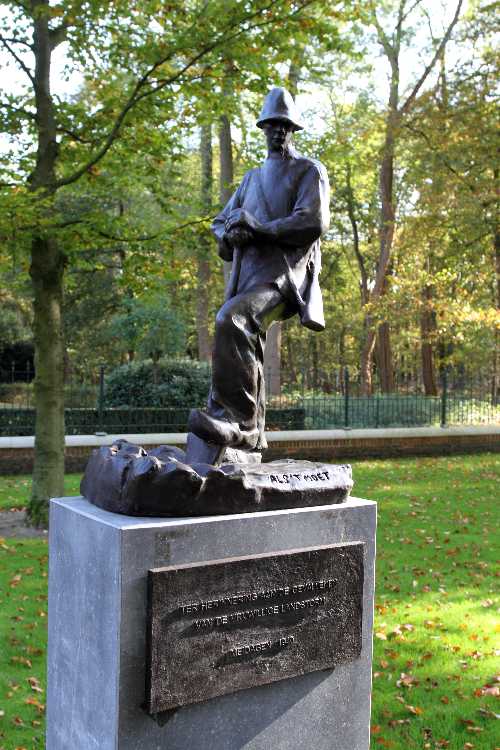 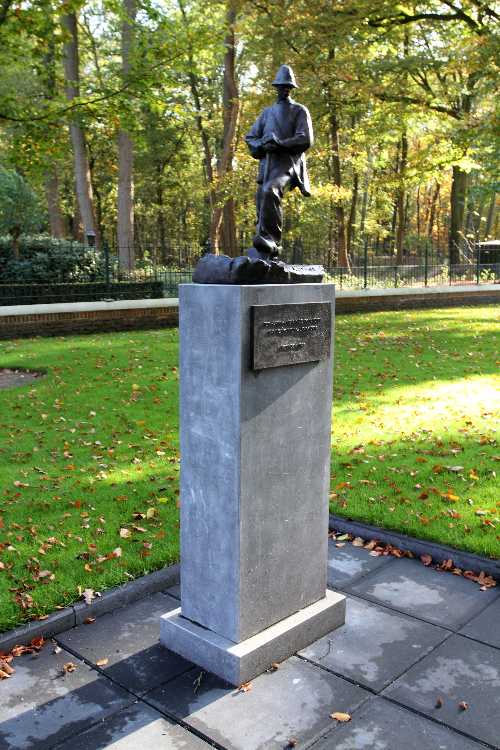 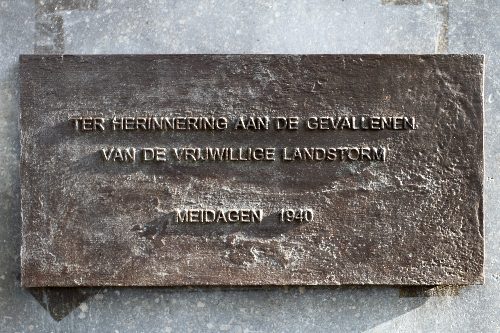 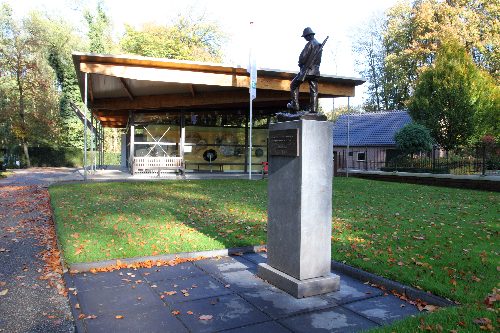 The memorial entitled "If necessary" serves as a tribute to the people of the Vrijwillige Landstorm (Voluntary Home guard) who perished at the beginning of the Second World War. The memorial was commissioned for the 100th anniversary of the Korps Nationale Reserve (Army Reserve) and symbolically shows the willingness of civilians (a man with a spade in the ground and a gun on his back) to offer their help to the government when under threat.
The Vrijwillige Landstorm was established at the outbreak of the First World War in 1914. This military unit was created to organise the large flow of volunteers wanting to help protect the Netherlands at the outbreak of the First World War and to give them a place within the armed forces. These volunteers were assigned to the Vrijwillige Landstorm and trained in their spare time. Also after WW1 these units remained in place. In 1939 the Vrijwillige Landstorm had 90.000 volunteers, more than half of which were mobilized. Many did in fact take part in the battle in May 1940, among which quite a few lives were lost. 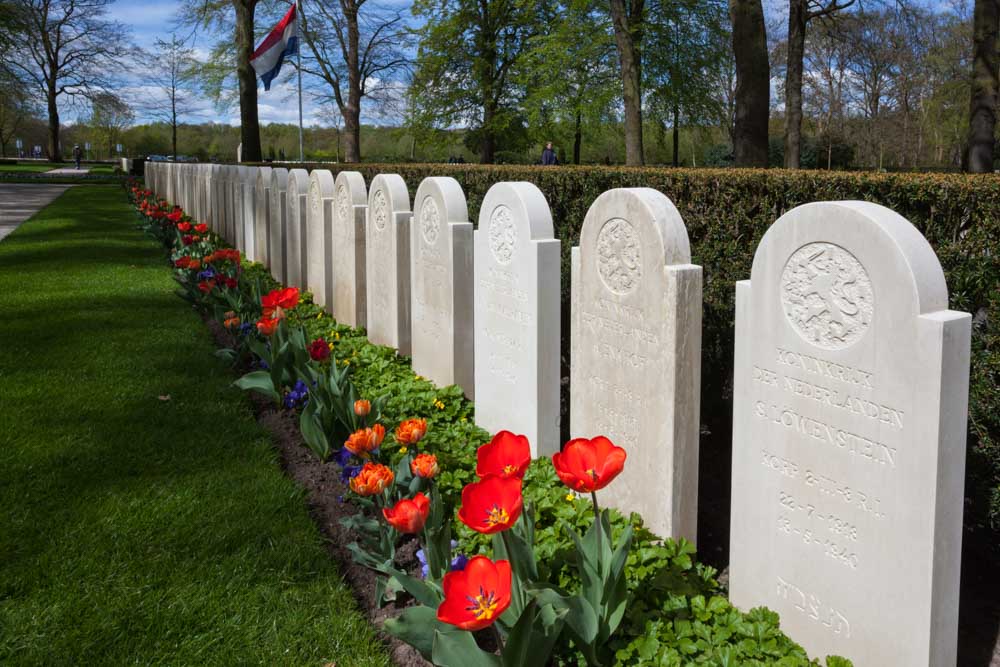