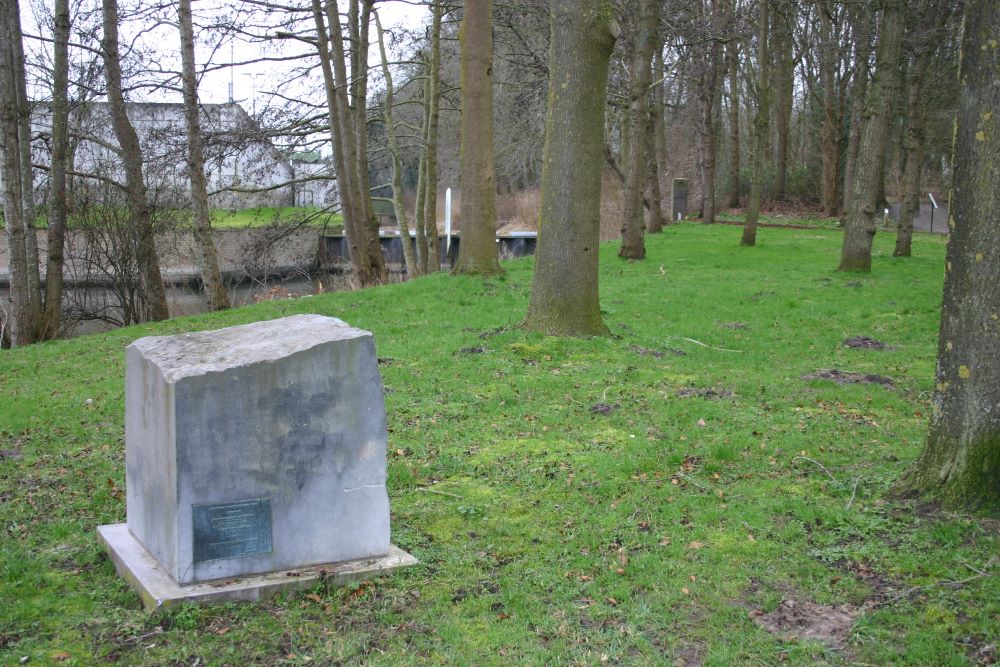 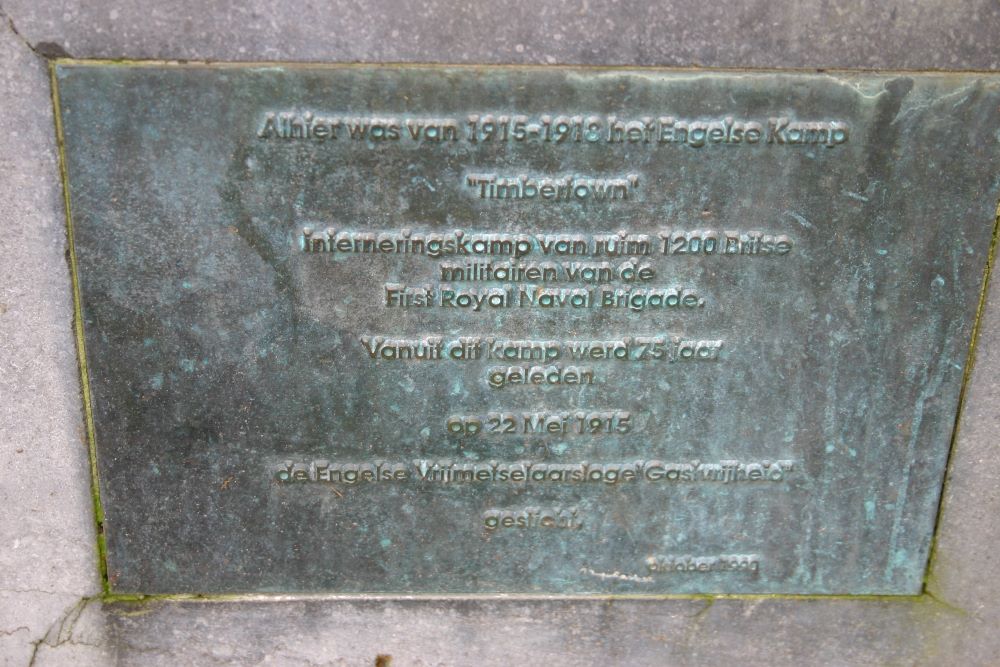 The plaque is a reminder of the internment of the First Royal Naval Brigade.

The First Royal Naval Brigade, deployed at Antwerp in August 1914, accidentally ended up on Dutch territory. The approximately 1,600 British soldiers were subsequently placed in a barracks camp in Groningen. The inhabitants called it Timbertown themselves.
They enriched the Groningen cultural life with parades of bagpipers and brass players through the city and with theater performances of their Timbertown Follies in the Nieuwe Schouwburg.
The RNB soccer team regularly played against Be Quick from Groningen. The internees also attempted to learn skating and cycling.