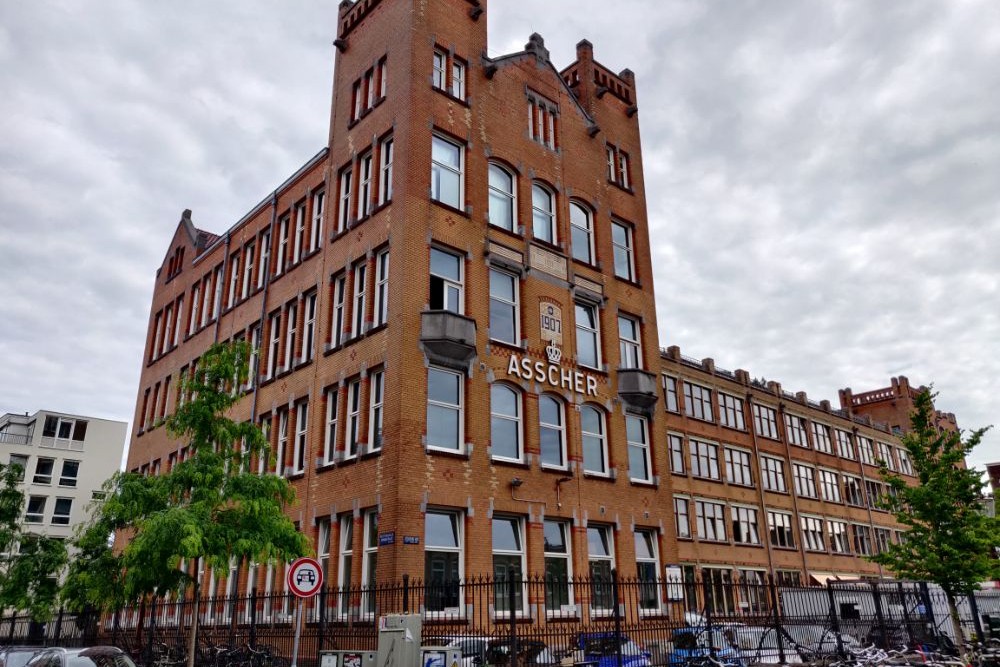 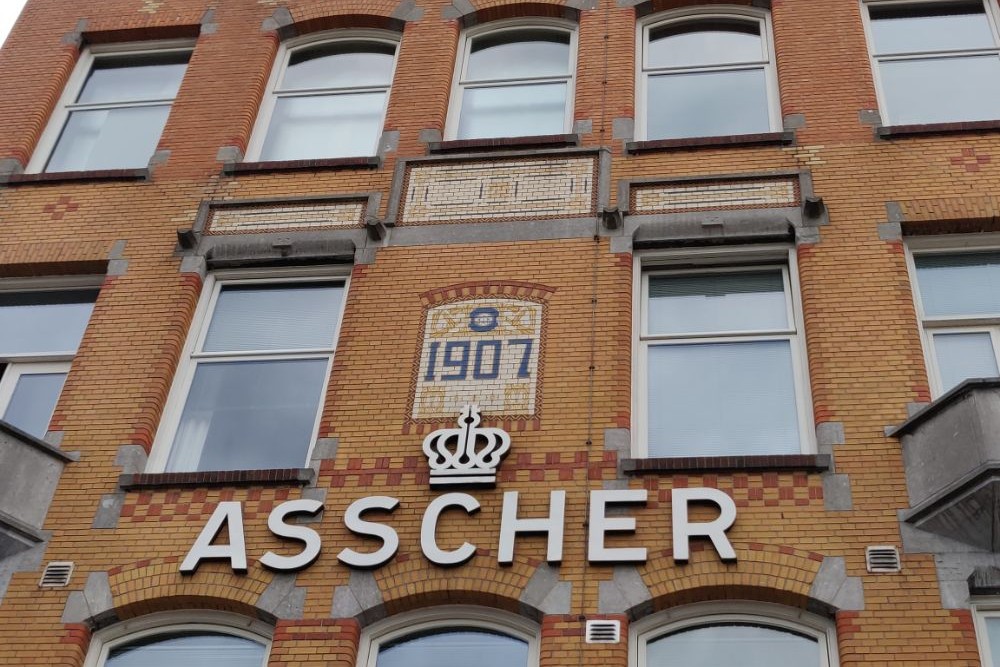 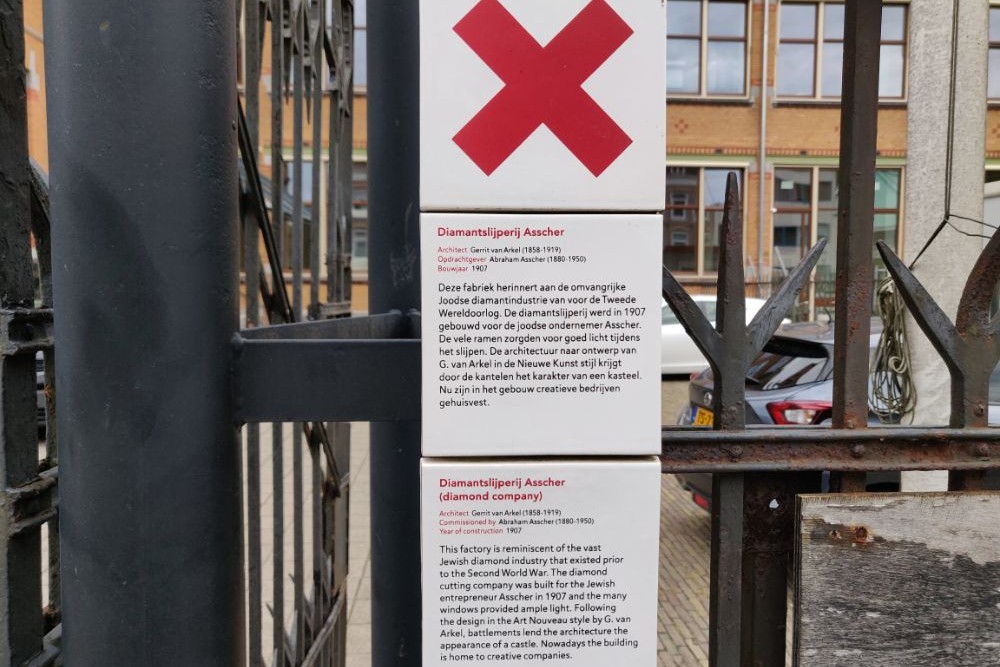 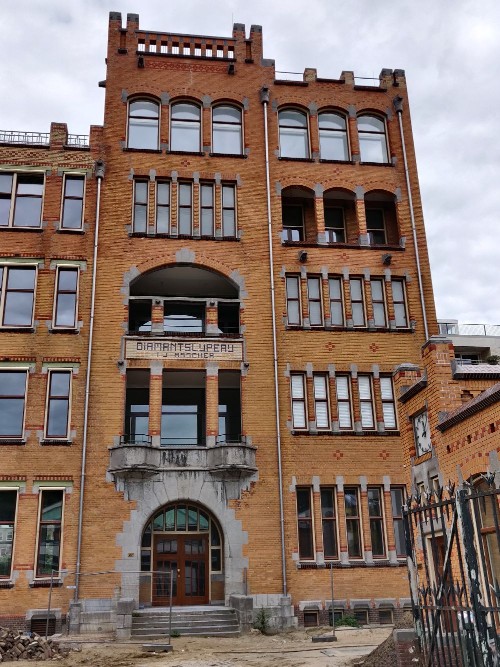 In 1914, during the First World War, the Asscher family took 250 Belgian refugees in, who were allowed to live in this factory.

All diamants stored in this factory were stolen by the German occupation force in 1940. Most of the Ascher family were deported and killed during the Second World War.