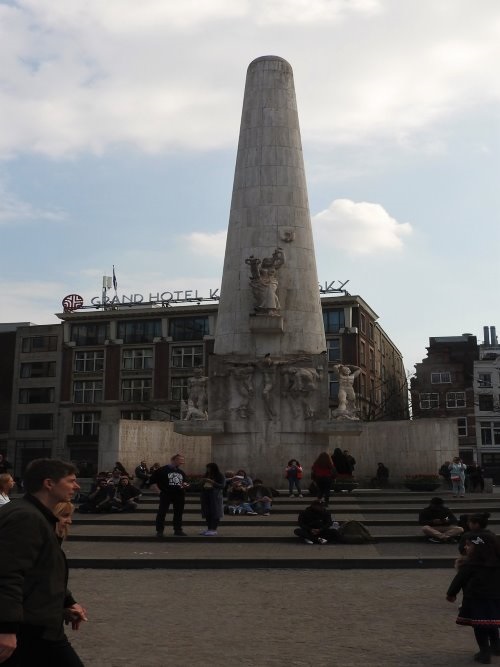 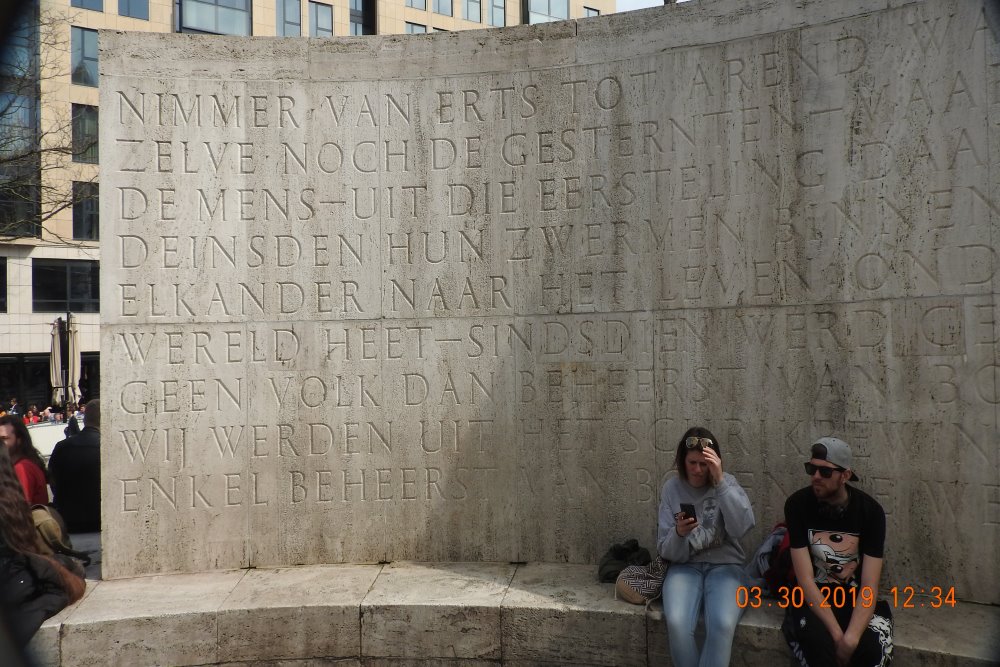 On May 4th, 1956, HRH Queen Juliana unveiled the Memorial. The construction of the memorial took the better part of half a year and the cost amounted to approximately 400,000 guilders [in those days approximately ₤ 40.000, ed.] The memorial is located on Dam square right between the Royal Palace and Grand Hotel Krasnapolsky. The construction is 22 meters tall, made out of white natural stone [travertine. ed.] and placed on a square pedestal.

Around the back of the monument, a low memorial wall has been placed. On this wall a text can be read as written by the famous Dutch poet A. Roland Holst. In a general way, the text of the poet translated might be understood as follows:
"Never ever, from the ore in the earth to the eagles in the sky, any creature has been free underneath the sun, neither is the sun itself, nor the constellation.
But the spirit broke the law and put mankind on the breach.
From the very first incalculable many descended.
Fearing his high regard, the flocks returned within the boundaries of the law and became human peoples and threatened each others lives in a tragedy underneath a nightly cloud which is called the World.
From then onwards no man became free other than called upon from beyond his ceiling, no people than ruled upon from beyond its towers.
Lest this remains with us, salvaged as we were from this Reign of Terror by the underworld.
Not uncontrollable but only controlled from up and above the world, freedom will be our inheritance."

Also on the Memorial a Latin text is written by Dr. J.P. Meerwadt which can be translated as follows:
"Here, where the heart of the fatherland is, may this monument, which citizens carry in their heart, gaze at God's stars."