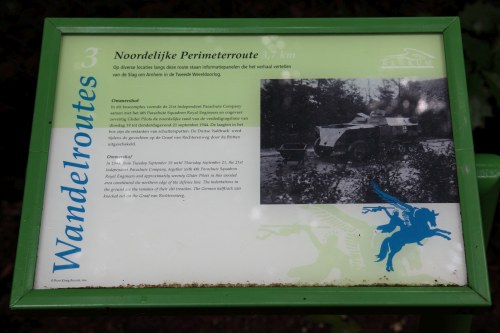 Ommershof
In 1944, from Tuesday September 19 until Thursday September 21, the 21st Independent Parachute Company, together with the 4th Parachute Squadron Royal Engineers and approximately seventy Glider Pilots in this wooded area constituted the northern edge of the defense line. The indentations in the ground are the remains of their slit trenches. The German halftrack was knocked out on the Graaf van Rechterenweg.