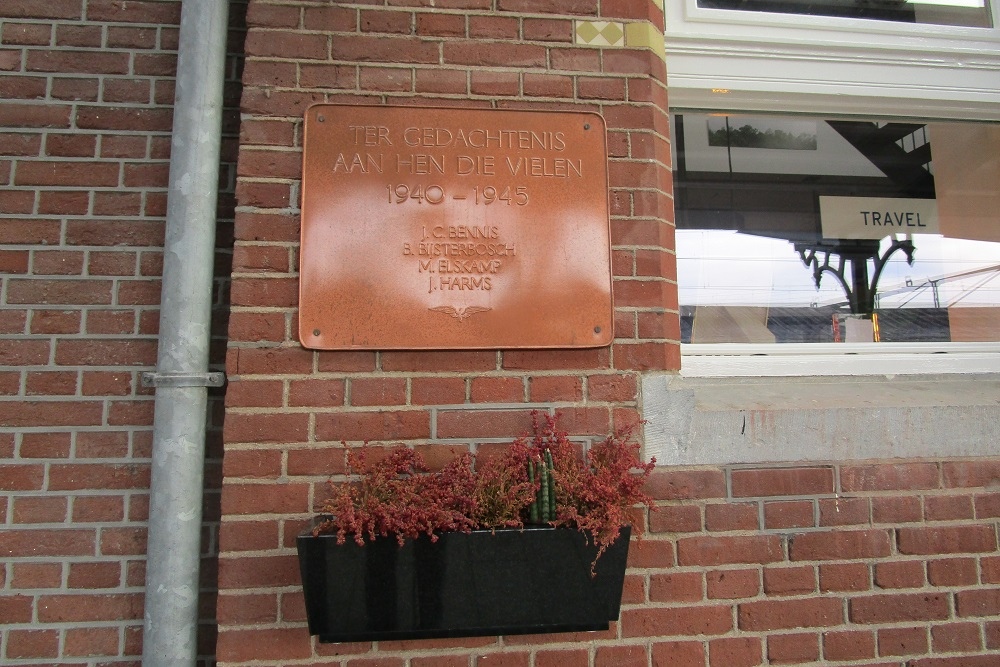 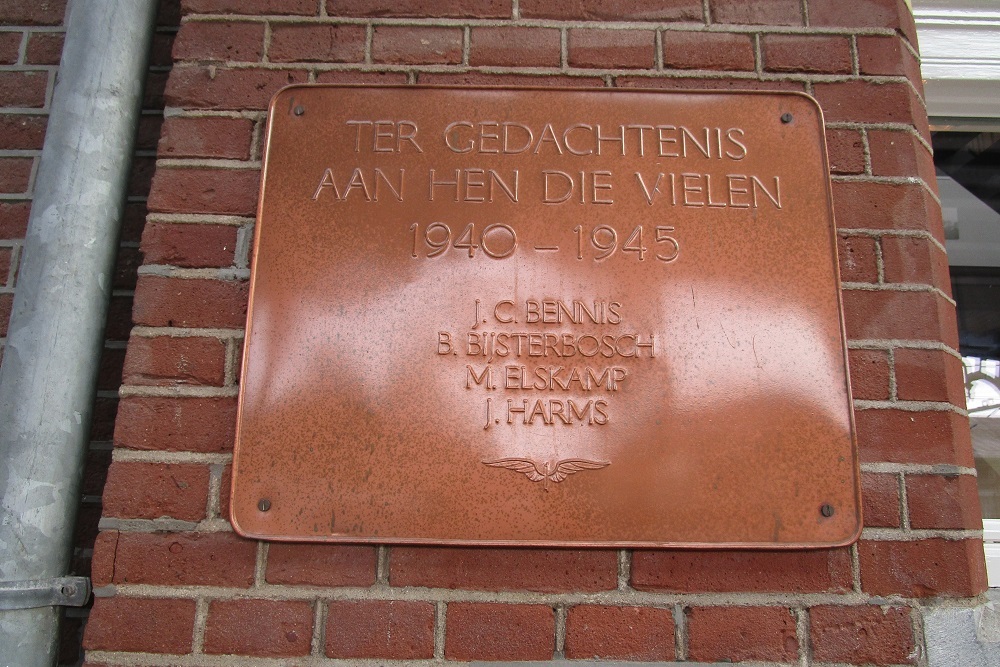 A plaquette, which commemorates the fallen NS-employees from the region Apeldoorn, is attached on the facade of the station building on the first platform of NS-station Apeldoorn. The text on the plaque reads:

Jan Cornelis Bennis worked as a platform keeper and shunter at the railway. He distributed illegal newspapers, helped Jews and also had people in hiding at home. He was arrested in 1942. and taken to prison in Arnhem. He was deported to camp Amersfoort and later to camp Vught. At the end of February 1943, news came in that he had died of pneumonia and cardiac arrest on February 8.

Nineteen-year-old Barend Bijsterbosch was, like his father, a railway worker. He was a friend and colleague of Jacob Harms and went into hiding with him in an empty house on the Polhoutweg. On September 21, 1944, around ten o'clock in the evening, he was killed there by a gunshot wound to the chest.

Marinus Elskamp was sent to Germany at the end of 1942 as part of the Arbeitseinsatz. He had to work as a shunter in Kettwig. On 23 May 1943 he was killed there, when a train unannounced onto the yard where he was busy with another train. He got between the two trains and died instantly. Marinus Elskamp was later reburied at Heidehof.

Jacob Harms worked at the station as the youngest clerk. After September 1944 he went into hiding. Jacob was in an empty house with a friend. On the evening of September 21, a motorcycle with sidecar stopped there. After some time shots fell, after which the bike disappeared in the direction of the barracks. After an anonymous report to the Juliana Hospital, an ambulance picked up the boys. Jacob died on the way to hospital from gunshot wounds to the chest; his friend Barend had already passed away. The true facts have never become clear.