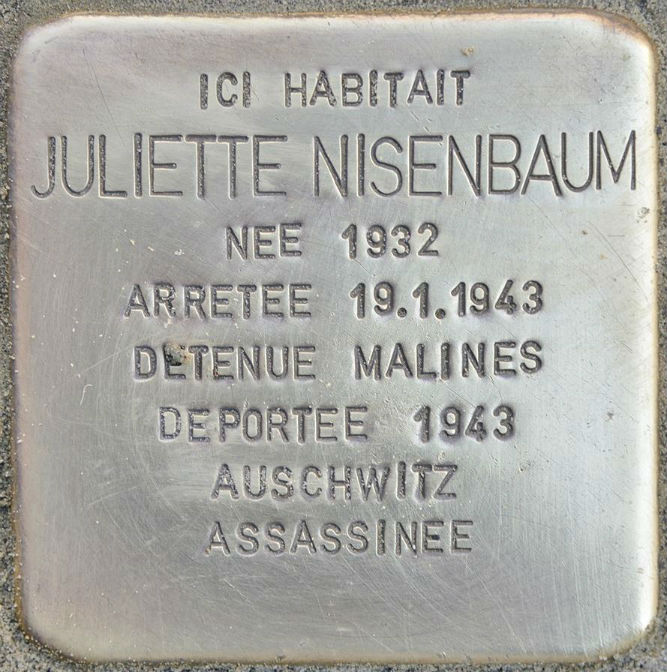 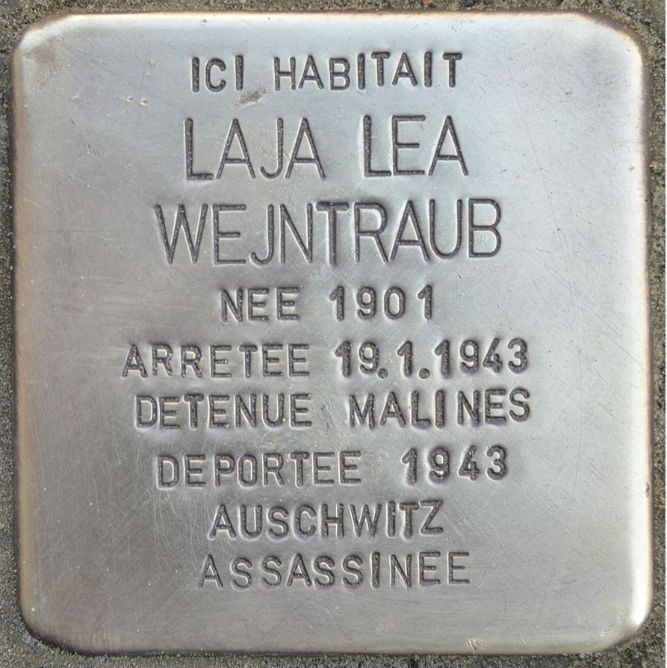 Juliette Nisenbaum was born in Brussels and was a 10-year-old pupil when she was arrested. She was held in Malines/Mechelen for 3 months until she was deported on 19 April 1943 on Transport XX to Auschwitz.

Laja Lea Wejntraub was a seamstress who was born in Poland. Her fathers post-war testimony states that Wejntraub was her maiden name; she married a Nisenbaum (first name Reuven; another source suggested his name started with H). She also was on Transport XX from Malines/Mechelen.

No information was found on the relationship between Juliëtte Nisenbaum and Laja Lea Nisenbaum née Wejntraub. However, the dates of their arrests and arrival at Malines/Mechelen were the same. Also, they were together on the typed transport list of deportees for Transport XX: "Laja Wejntraub Epse de Nusenbaum H" was number 54, and Juliëtte was number 55.

Transport XX, a frieght train, left Malines/Mechelen on 19 April 1943, headed for Auschwitz, with 1,631 deportees. Members of the Belgian resistance attacked that train from the outside (breaking open locks on several cars) and from the inside (some deportees broke holes in the floor of a freight car with tools they had smuggled aboard). Of the 233 who escaped, 26 were shot dead or died of their injuries. On arrival at Auschwitz, 877 deportees were murdered immediately; the rest (276 men and 245 women) were tattooed with ID numbers and sent to work. Only 153 of the original 1,631 deportees on Transport XX survived the war.